Many jailbreakers are deeply familiar with the concept of customizing their handset’s user interface and its animations. While there’s certainly no shortage of jailbreak tweaks available for facilitating this task, we’re excited to show you one of the latest releases dubbed AnimeMyScreen Pro by iOS developer Antony M.

You may recall a similarly named jailbreak tweak called AnimeMyBadges that was released approximately one month ago, and while that tweak focused primarily on the animations of notification badges, AnimeMyScreen Pro is instead used to customize the animation you’d see when locking your handset.

AnimeMyScreen Pro incorporates well over a dozen different animations to pick from, including those that remind us of flipping the page of a book, the Mac’s famous genie effect for the Dock, the timeless TV off animation, and several others. Below are some animated GIF examples for the curious:

Once installed, AnimeMyScreen adds a dedicated preference pane to the Settings app where users can configure AnimeMyScreen Pro however they want: 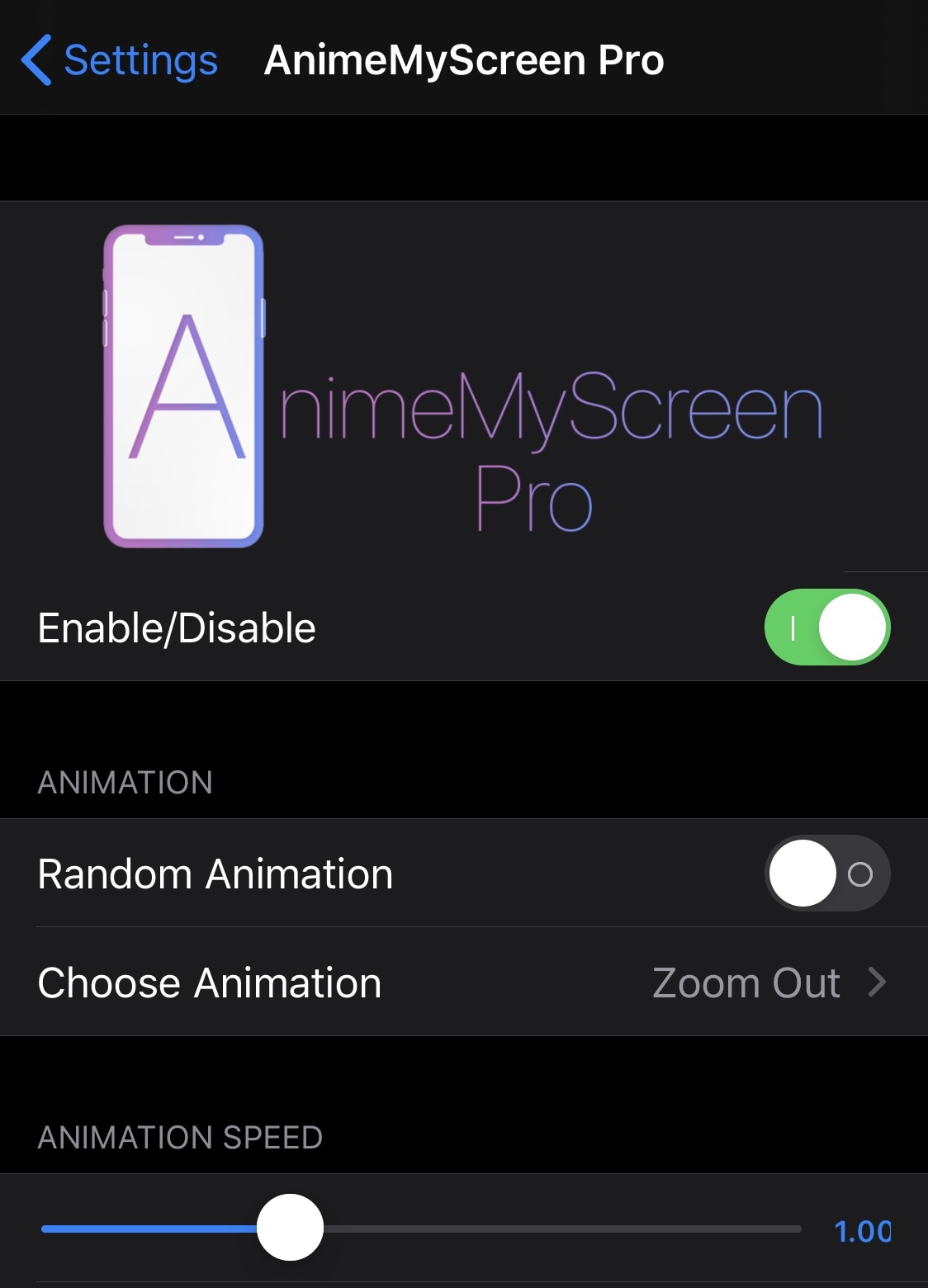 The options found here are:

One thing worth noting is that AnimeMyScreen Pro’s animations appear whether you invoke your handset’s locking manually with the sleep button or you let your handset time out via the auto lock feature. In either case, you’ll always have something nice to look at.

Those interested in trying AnimeMyScreen Pro can purchase it for $1.99 from the Packix repository via their favorite package manager. The tweak officially supports jailbroken iOS 13 devices.

What type of locking animation do you plan to configure on your pwned iPhone or iPad with AnimeMyScreen Pro? Be sure to let us know down in the comments section below.