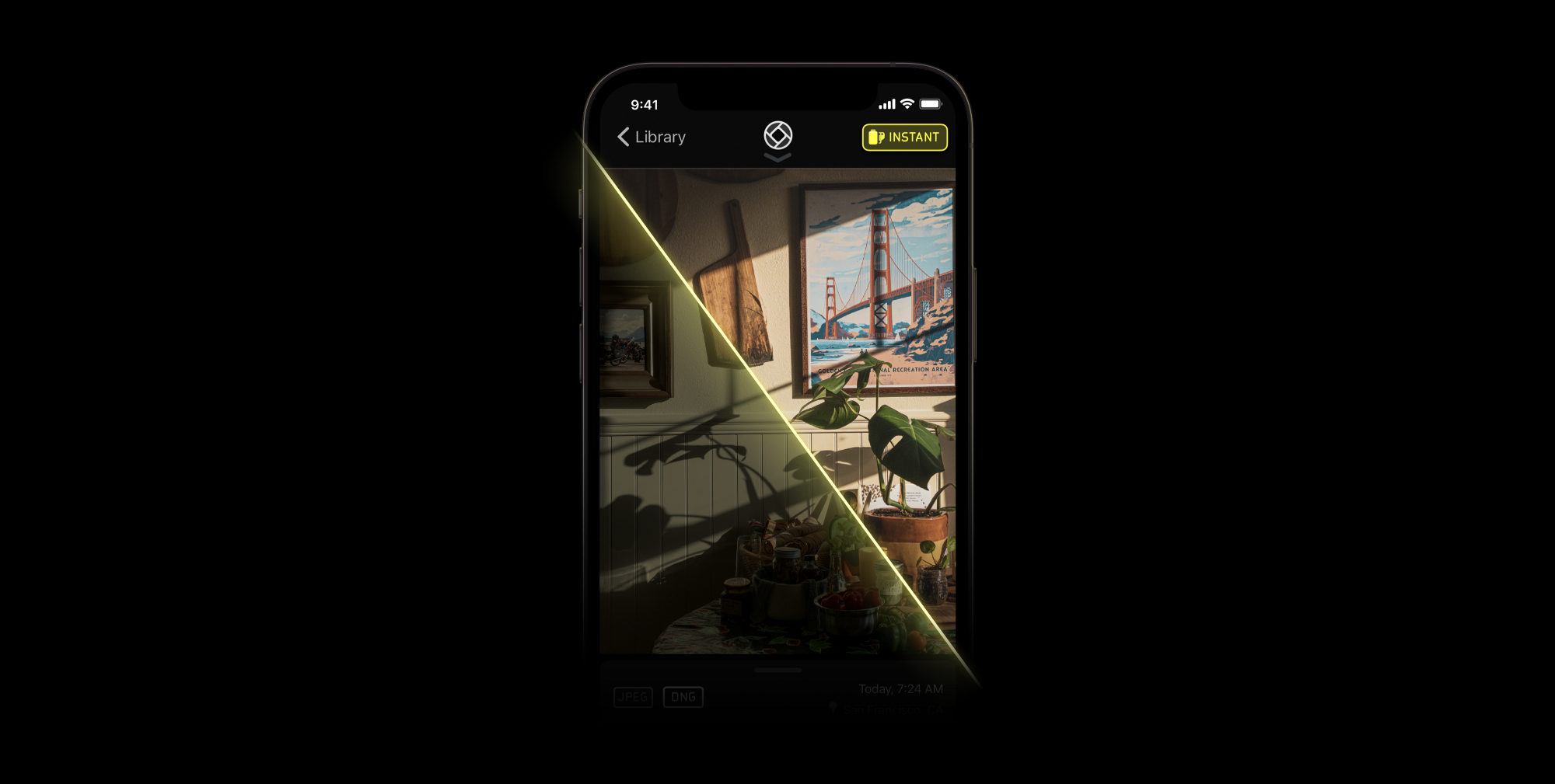 Back in October, one of the most popular third-party camera apps, Halide, welcomed one of the app’s biggest updates. Now, Halide Mark II, remains one of the go-to options for folks who want to venture beyond the stock camera app.

Now, the developers are back with yet another update for the camera app, welcoming support for one of Apple’s newest features: ProRAW. The brand new image format is a means for photographers, whether novice or expert or somewhere in between, to get even more editing options for the photos they capture. The good news is that the new image format not only works with the stock camera app, but also third-party camera options that choose to support it.

Halide Mark II, the version of the popular camera app available in the App Store, now supports ProRAW. And, as a result, the team behind the app decided to give a deep dive into the technical details of Apple’s new photo-focused feature. But, this is more than just a technical jargon-laced breakdown of the feature. As one might expect for anyone who has tried out the Halide app, it’s about making it approachable, so it’s not just for the photographic experts out there.

And, indeed, Ben Sandofsky and the team of Halide note that Apple ProRAW is designed to make capturing photos in RAW format more approachable by default:

As we dug deeper into ProRAW, we realized it about much more than making RAW more powerful. It’s about making RAW approachable. ProRAW could very well change how everyone shoots and edit photos, beginners and experts like.

To understand what makes it so special, the first half of this post explains how a digital camera develops a photo. Then we go on to explain the strengths and weaknesses of traditional RAWs. Finally, we dive into what’s unique about ProRAW, how it changes the game, and its few remaining drawbacks.

This is absolutely not a short read. According to the blog itself it will take about 22 minutes from beginning to end. However, that being said, if you are even remotely interested in capturing the best photos with your iPhone, and you want to learn more about ProRAW and how Halide is taking advantage of the image format, it’s absolutely worth a read.

Sandofsky and team start at the very beginning, how the camera even does what it does. And then, from there, the nitty gritty really starts to get broken down. They explain how RAW works, and why photographers have leaned into the image format for so many years to edit their photos and create the best possible results. Apple’s solution in this regard is meant to do the same thing.

However, Apple’s effort is aiming to make it even more accessible for the general photographer, due in part to being baked into the standard camera app. What’s more, Apple didn’t lock ProRAW down, either:

This may be surprising to some: ProRAW is not a proprietary or closed format. Credit where it is due: Apple deserves kudos for bringing their improvements to the DNG standard. When you shoot with ProRAW, there’s absolutely nothing locking your photos into the Apple ecosystem.

Basically, as you might expect, the camera results when shooting with ProRAW are outstanding. Photographer Austin Mann showed us this in a separate blog post today, and Halide tweeted out a spectacular image as well earlier this week:

Shadow recovery on a ProRAW shot taken with the latest Halide beta.

This is just… wow. pic.twitter.com/ti03Js2C5n

Apple didn’t just let photographers shoot in RAW, though. No, they lent the company’s outstanding computational efforts as well. Apple’s ProRAW preserves things like Smart HDR and depth detection and Deep Fusion. And the company worked with Adobe to go above and beyond:

Apple worked with Adobe to introduce a new type of tag into the DNG standard, called a “Profile Gain Table Map.” This data gives your editor everything it needs to know to tone map your photo image and end up with results identical to the first party camera. Because it’s separate data, you can turn down its strength, turn it off completely.

That general approachability also comes in the fact that Apple ProRAW isn’t just supported in iOS 14.3, but also iPadOS 14.3 and macOS 11.1 Big Sur. And editing ProRAW photos is available in Apple’s stock Photos app, if you don’t want to dive into a third-party option (even if those options might have more robust editing tools). Apple provided a tool that professional photographers take advantage of all the time, but also made sure that the non-professionals out there can dive in, too.

The most underrated improvement in iOS 14.3 is that the native Photos app now supports RAW editing. This is huge, because it abstracts away all the complexity of higher-end apps. No fiddling with “black point” and “color profiles.” Casual users who only know how to edit photos in the built-in apps don’t have to do anything different. It just works.

As was the case with Austin Mann’s look at ProRAW, if you are interested in this sort of thing you should absolutely dive into Halide’s blog post.