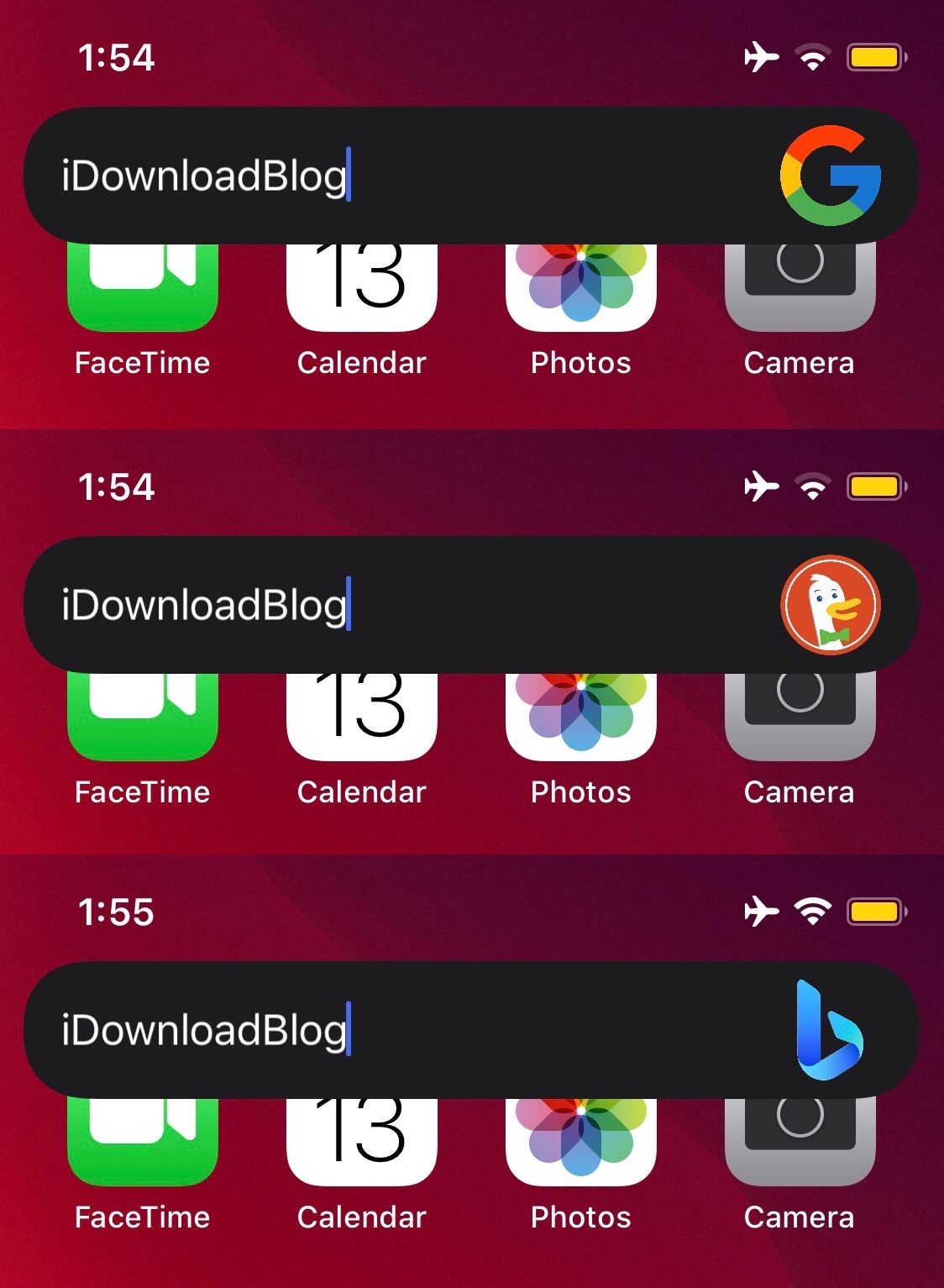 Not a moment goes by that my inquisitive mind doesn’t fancy researching something in depth, and for that reason, I think that the internet can be an incredibly valuable resource. Other people in the same boat would probably agree, however picking up their phone to do some research can be a cumbersome, multi-step endeavor.

QuickSearch is a newly released and free jailbreak tweak created by iOS developer iCraze for the sole purpose of making it easier to search the web from literally anywhere on your pwned iPhone or iPad. It achieves the aforementioned goal by allowing the end user to summon a search bar with the help of an Activator action.

When we say “anywhere,” we mean it. QuickSearch can be summoned from the Home Screen, the Lock Screen, or from another app’s interface. Upon invoking the chosen Activator action, the interface appears as a search bar at the top of the display with an icon that depicts the search engine you’ve selected for web searches. Popular ones like Bing, DuckDuckGo, Google, and Ecosia are supported right out of the box.

Once installed, users can visit the QuickSearch preference pane that gets added to the Settings app post-installation: 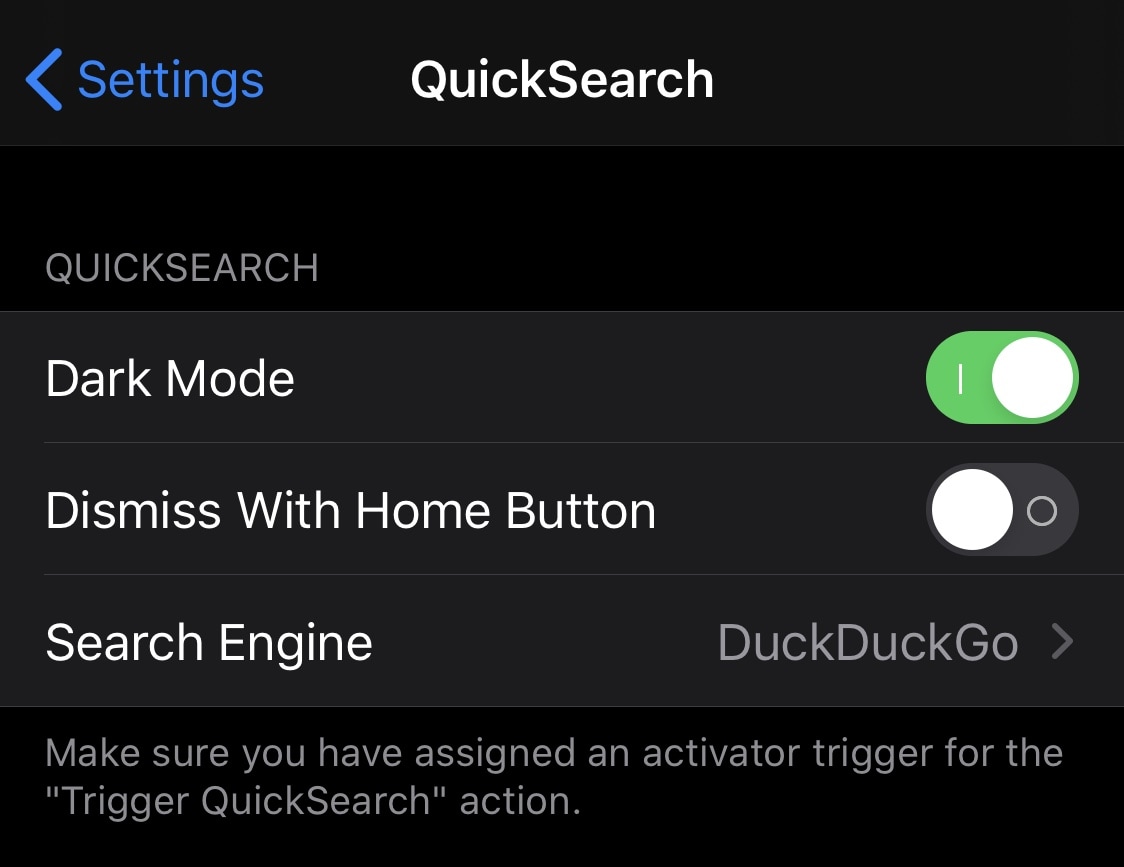 Here, you can configure the following parameters:

After you set up the options above, you’ll also want to pay a visit to the Activator app or preference pane to select an action that you can easily invoke from anywhere on the platform and assign it to the “Trigger QuickSearch” option: 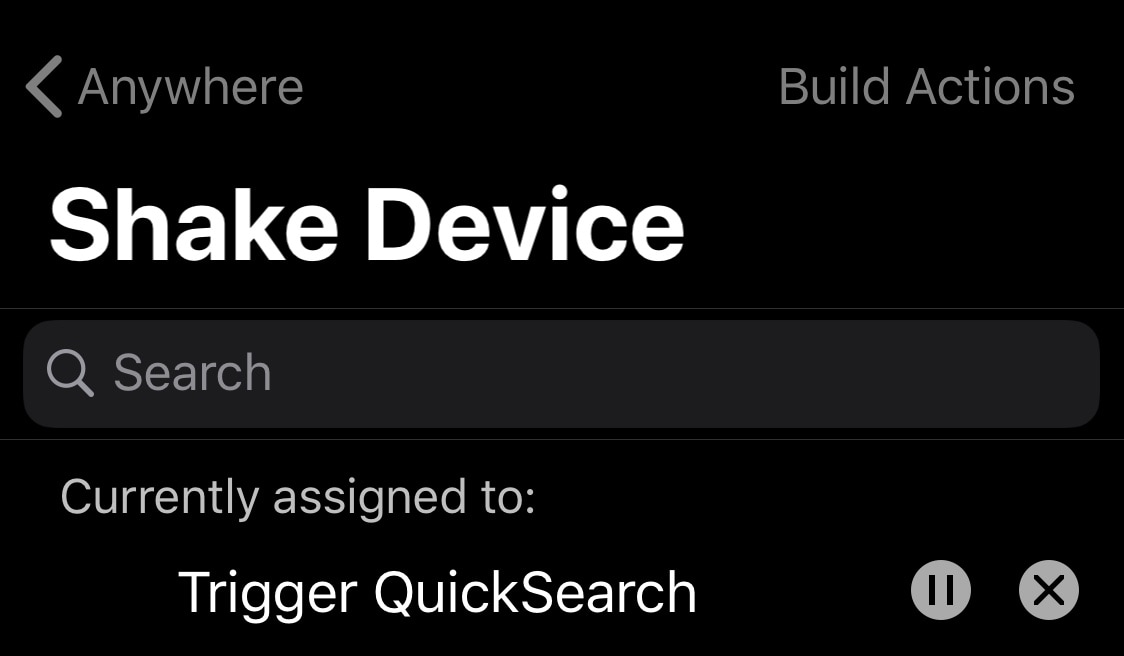 The idea behind QuickSearch isn’t a new one, with previous tweaks such as Megane bringing similar functionality. QuickSearch is merely another developer’s take on the concept, which may appeal to some users if they weren’t satisfied with the existing competition.

Those interested in supercharging their iPhone or iPad’s system-wide internet search experience may download QuickSearch for free from the Packix repository via their favorite package manager. The tweak supports jailbroken iOS 11, 12, 13 and 14 devices with Activator installed on them.

Do you plan to take advantage of QuickSearch on your jailbroken device? Tell us why or why not in the comments section below.