Any time you feel like browsing the web, it’s essentially as easy as launching the Safari app and beginning a web search or asking Siri to search the web for you. But if even these two methods are too much effort for you, or you’d rather stay in the app interface you’re already in instead of closing that app to visit Safari, then we might have just the right solution for you.

Enter Megane, a newly released and free jailbreak tweak by iOS developer sugiuta that allows users to summon a floating web search interface like the one shown in the screenshot example above from just about anywhere in iOS with a gesture of their choosing.

After summoning the Megane interface, a floating web browser appears — this interface can be invoked on the Home Screen, on the Lock Screen, or while using another app. The interface has all the basic controls that you’d expect from a web browser, including back and forward buttons, a refresh button, a minimize button, and a close button. Furthermore, you can enter URLs manually at the top or perform a Google search for the site you wish to view.

After you’ve installed Megane, you’ll find a dedicated preference pane in the Settings app where you can configure the tweak to your liking: 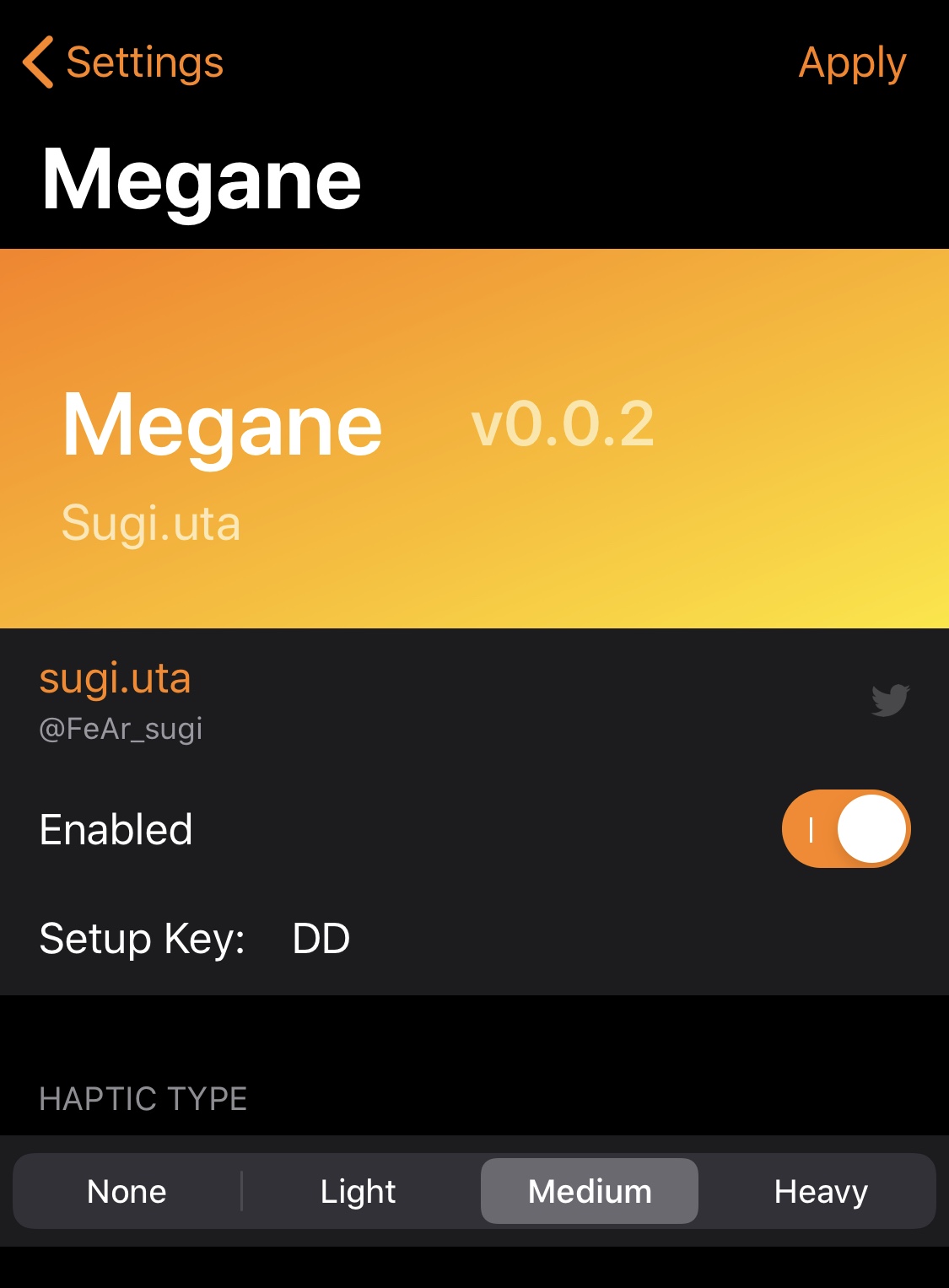 If you’re using Activator, then you’ll launch the Activator app to set up a gesture for Megane instead of using the Megane preference pane.

I have a hard time justifying the use of a tweak that I can avoid installing by simply launching the Safari app and then quickly jumping back to the app I was already in. On the other hand, if you like the idea of a floating web browser that you can summon from anywhere in iOS whether your handset is locked or not, then you might have a stronger justification for the tweak than I do.

Those interested in trying Megane can download the tweak for free from the Twickd repository via their favorite package manager. The tweak supports jailbroken iOS 13 devices, however Activator is optional and isn’t required to be installed.

Do you like the idea being Megane? Let us know your thoughts in the comments section down below.