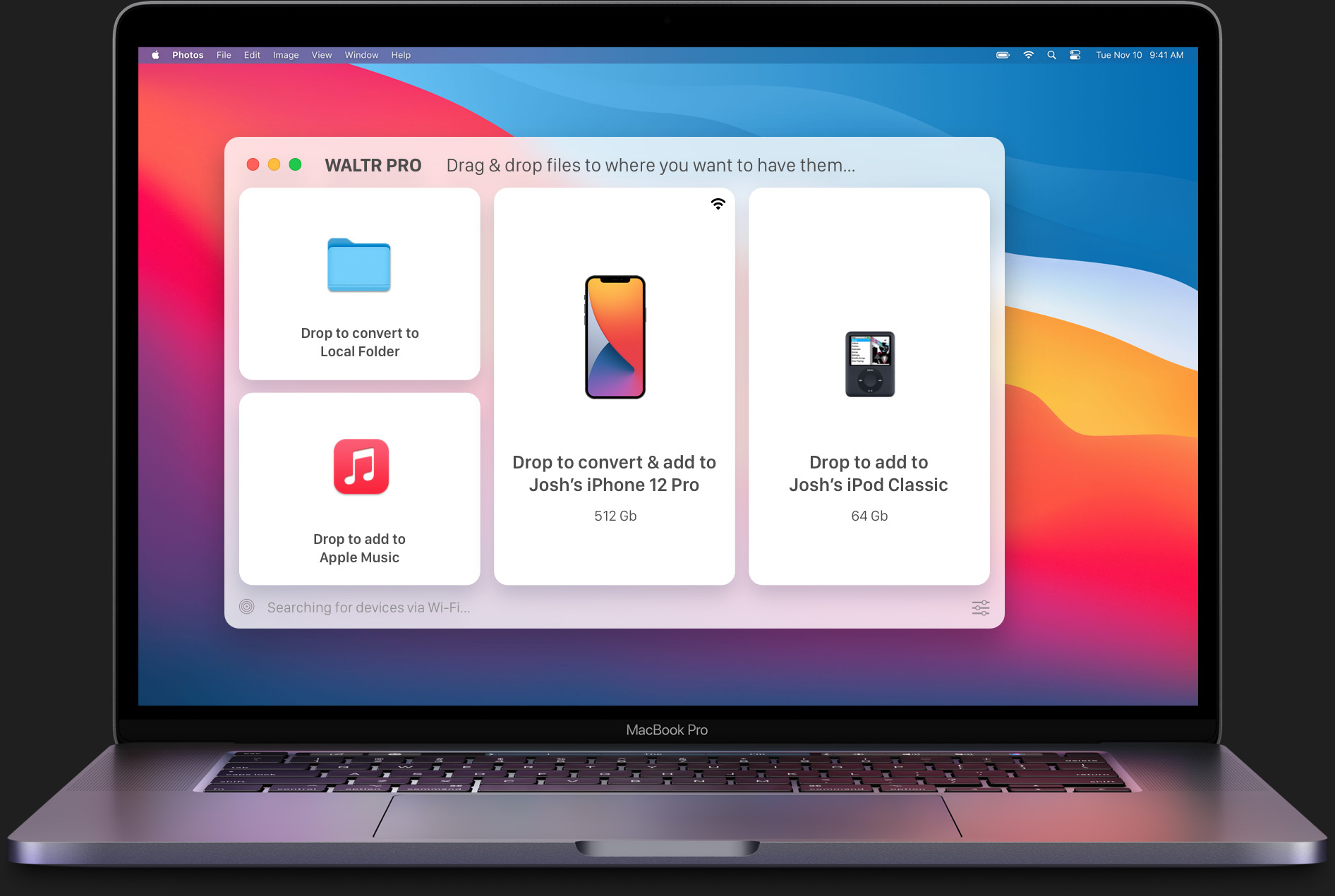 WALTR, an awesome Mac app for converting and transferring videos, music, ringtones and other media types to iOS devices, just got more awesome with the release of WALTR PRO.

According to Softorino CEO Josh Brown:

For the past four years, we’ve been collecting your feedback and learning from our customers’ experience. We didn’t want to make ‘just’ an incremental improvement. We wanted to challenge ourselves and redefine our product approach entirely. And this approach birthed – PRO. Our best product yet.

WALTR PRO brings several new pro-grade features, plus such perks as a standalone media converter, beautiful design, vastly more control than before and much more. Like its predecessor, WALTR PRO is a simple app that allows you to drag and drop a bunch of media files onto its window. The items will be automatically converted into iOS-friendly formats on the fly and transferred to the right app on your connected iPhone or iPad. 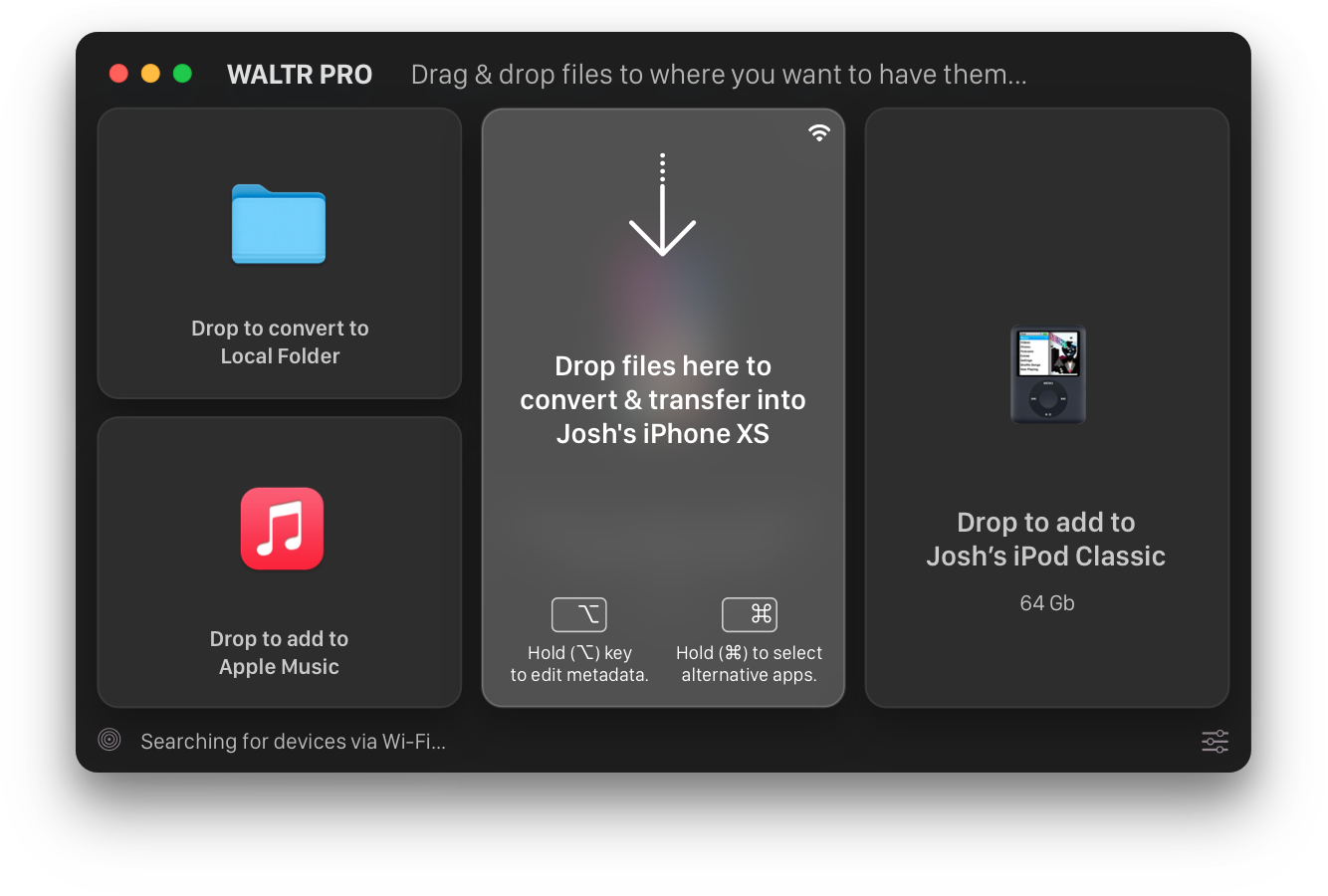 In addition to automatically scanning and filling missing metadata like before, WALTR PRO gives you full control of the way your media looks by allowing you to manually edit your cover artwork and metadata. And while the original WALTR was limited to native Apple apps, its Pro counterpart allows you to send virtually any file to your iOS device, like comics, Microsoft Office documents, VLC videos, Kindle books and so forth.

Yes, you can can manually select the target app for the transfer. 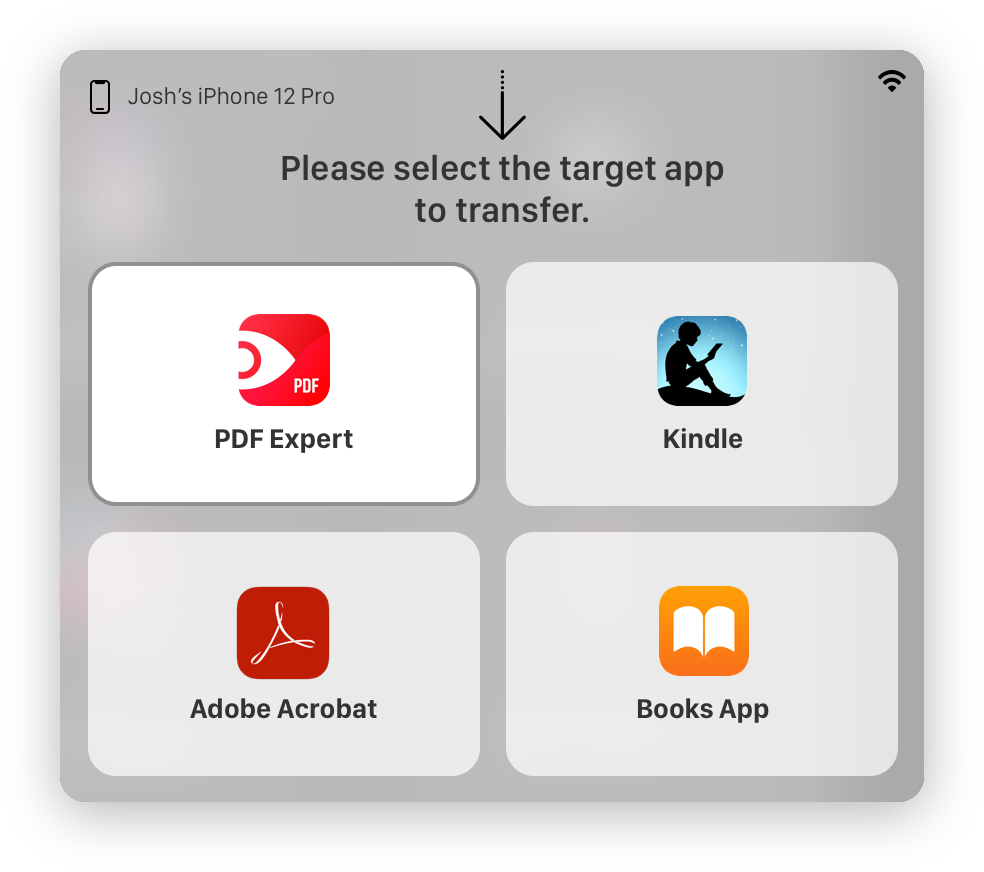 Siri on HomePod is great—but there are times when Siri cannot access or play our high fidelity music collection. Using WALTR PRO, you can add files to Apple Music. With iCloud enabled, your music will be backed up and ready to play from HomePod. And for the audiophiles with FLAC music collections, WALTR PRO can safely convert your files into Apple Music (without losing quality). You’ll be able to stream FLAC from any device, including the new HomePod mini.

The app packs in a bunch of other features that are outside the scope of this article, so I’ll only list them here: trim-less ringtones, audiobooks, smart encoding detection, high-resolution audio, 4K video, video content detection, forced subtitles, Light/Dark theme and more.

→ How to add music to your iPhone without iTunes using WALTR

For those wondering, the name of the app is inspired by Walter White from the legendary crime drama series, “Breaking Bad”. Available for macOS and Windows, WALTR PRO is compatible with Apple Music, supports all the latest iPhone 12 models, as well as iOS 14 and Big Sur.

For more information on WALTR PRO, visit the official website.