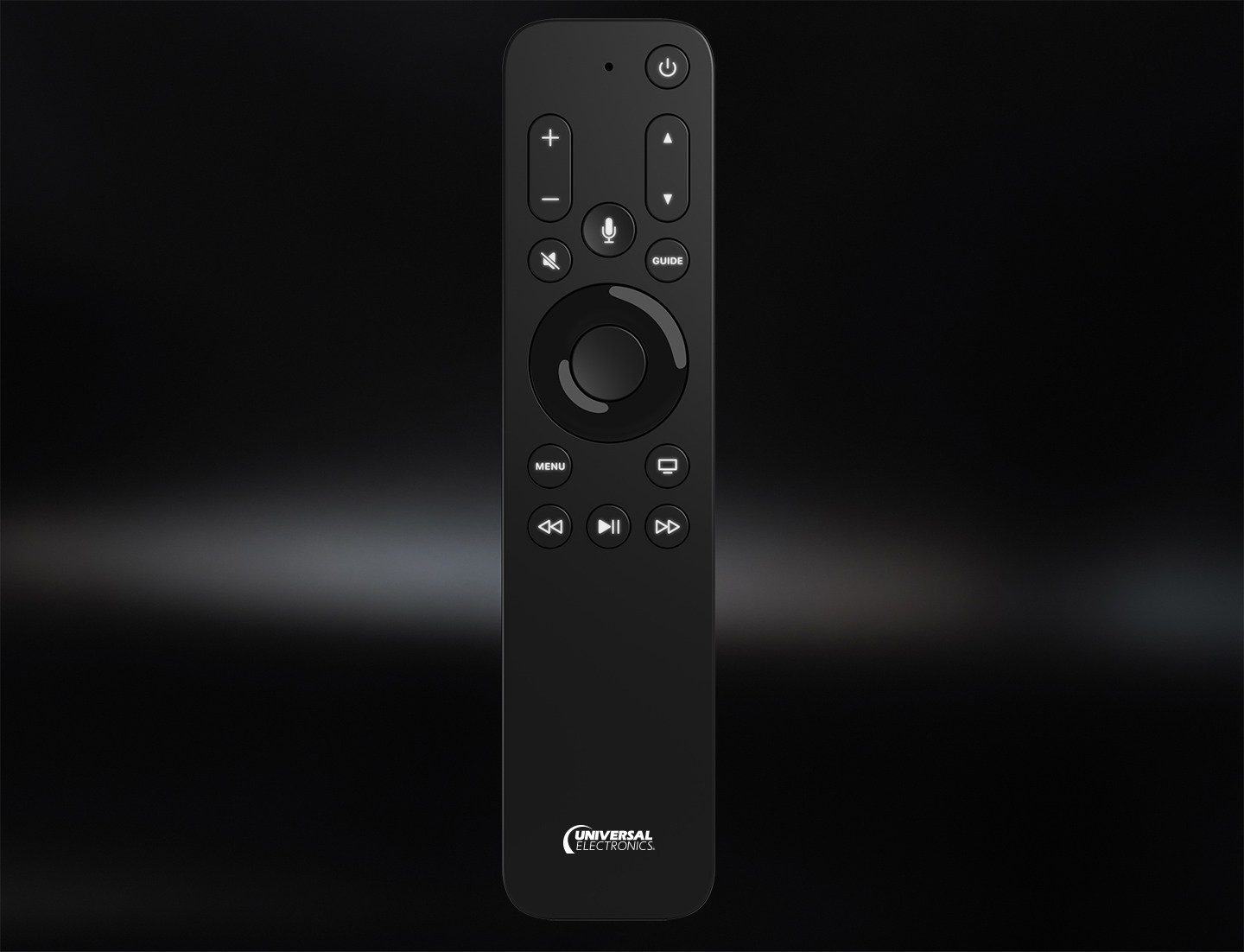 Universal Electronics last Friday announced a new remote control for the Apple TV that has been tailored with cable, satellite and multichannel video program distributor (MVPD) customers in mind. Dubbed the UEI Remote, it uses infrared and Bluetooth connectivity allowing it to function as both an Apple TV remote and a universal infrared remote.

UPDATE [August 19, 2021]: The remote is now available through Deutsche Telekom to subscribers of its MagentaTV service, Universal Electronics announced in a press release. The original article continues right ahead.

It’s got a dedicated Siri button, just like the oft-criticized Siri Remote.

There are also dedicated media playback buttons, separate volume and channel rockers, a directional control pad, Menu and Home buttons, a power button and a program guide button for live TV. Unlike the Siri Remote, Universal’s device has backlit keys that are paired with an ambient light sensor to automatically illuminate the keys in low-light conditions.

There’s also a built-in accelerometer sensor, but no touch-sensitive surface like on Apple’s remote. The device uses Apple’s MFi chip for secure connectivity with ‌Apple TV‌. The remote will start selling to pay-TV operators and cable companies next year. Universal Electronics has no plans to offer the accessory directly to consumers as a standalone purchase.

Universal Electronics wants to cut deals with cable companies interested in bundling
Universal’s remote with their own pay-TV and streaming packages. Companies can order the new remote starting next month.