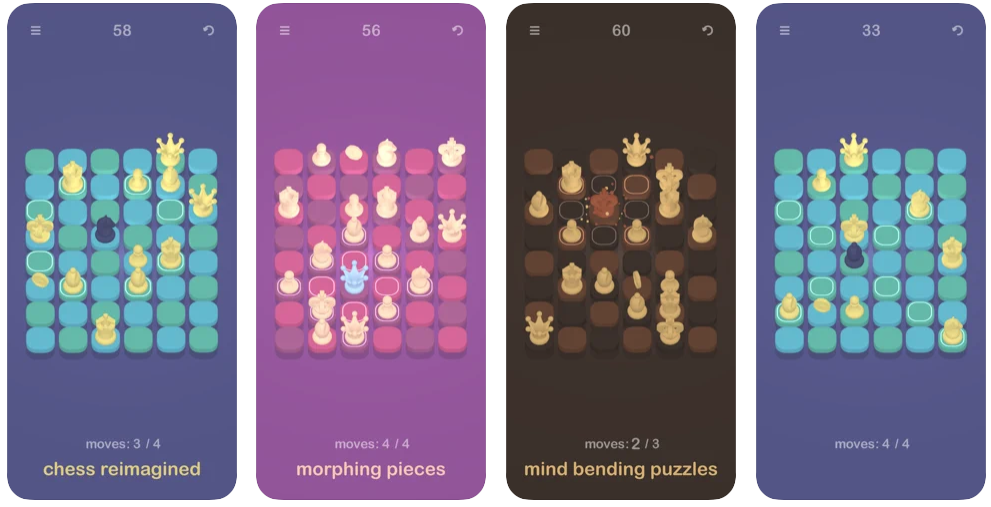 “Not Chess”, a new chess-like puzzle game for the iPhone, iPad and iPod touch, is launching on the App Store on December 8. When you click the Get button on the game’s App Store page, you will receive a notification when it’s ready to download. You won’t be charged before “Not Chess” launches publicly and you can cancel your pre-order at any time.

“Not Chess” uses simple chess rules that anyone can understand, plus a few special ingredients. For instance, you start with a single piece. A few chess pieces are strategically placed on the board. After taking a chess piece, you inherit its abilities.

The level is complete when you collect the coin.

“It doesn’t matter if you have no idea how to play chess or if you are a chess grandmaster,” Tepes says, adding that he designed “Not Chess” for everyone. Thanks to a built-in interactive tutorial, you’ll be up to speed in no time. There are three difficulty levels. To increase the challenge further, all players have limited moves and limited time to complete the levels.

Some of the tougher levels will really put your gray matter to work.

“Not Chess” is the brainchild of Tepes Ovidiu, a young developer from Transylvania, the land of vampires, who is behind other popular games, including Vestigium and Railway Canyon.