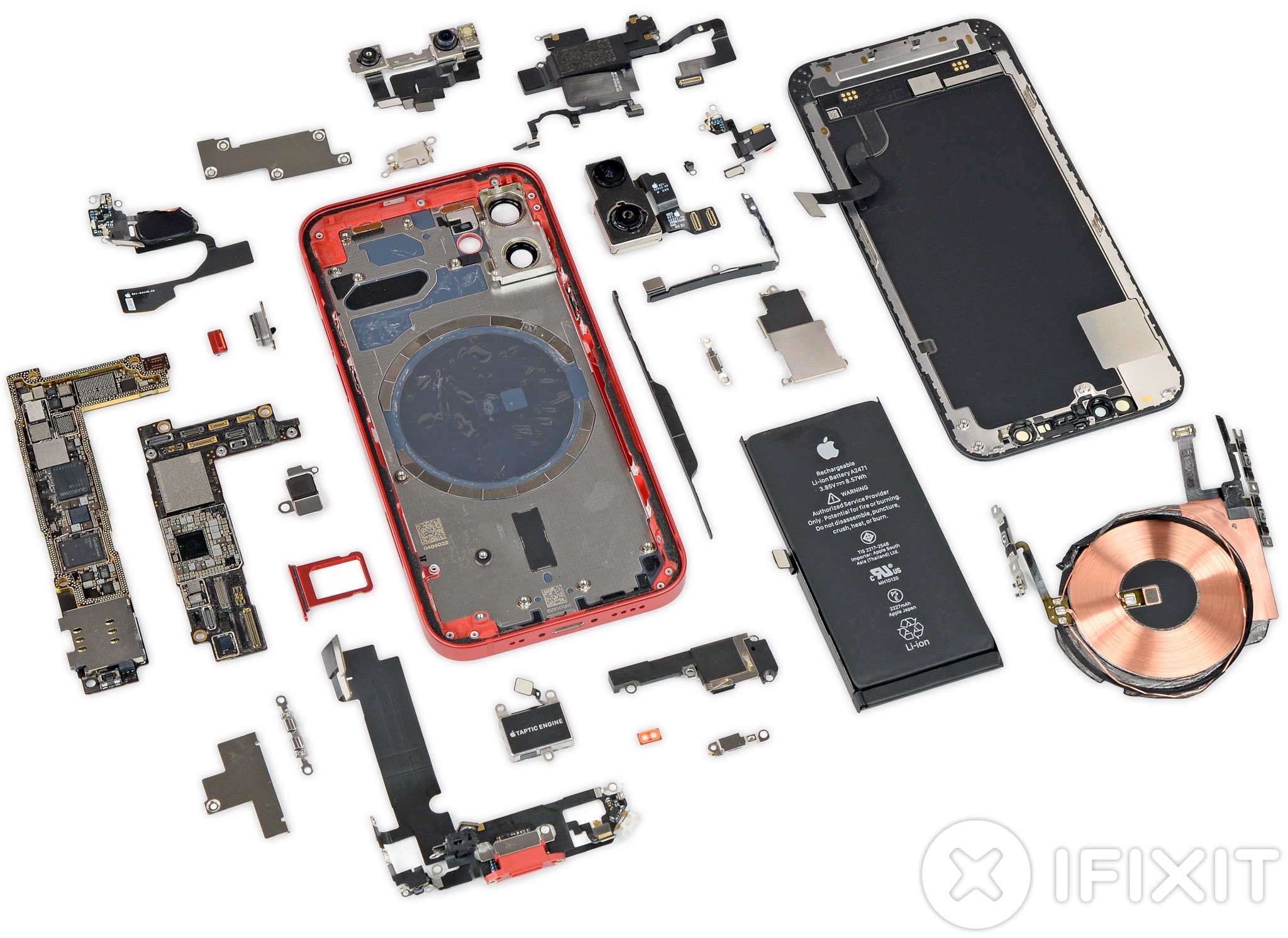 For starters, the teardown analysis has identified that the battery powering the iPhone 12 mini is an 8.57 watt-hour (Wh) power package. Although it falls short of the 10.78 Wh cell in the iPhone 12 and iPhone 12 Pro, the iPhone 12 mini battery actually has more capacity than the larger 6.96 Wh package found in the new iPhone SE, which released earlier this year. 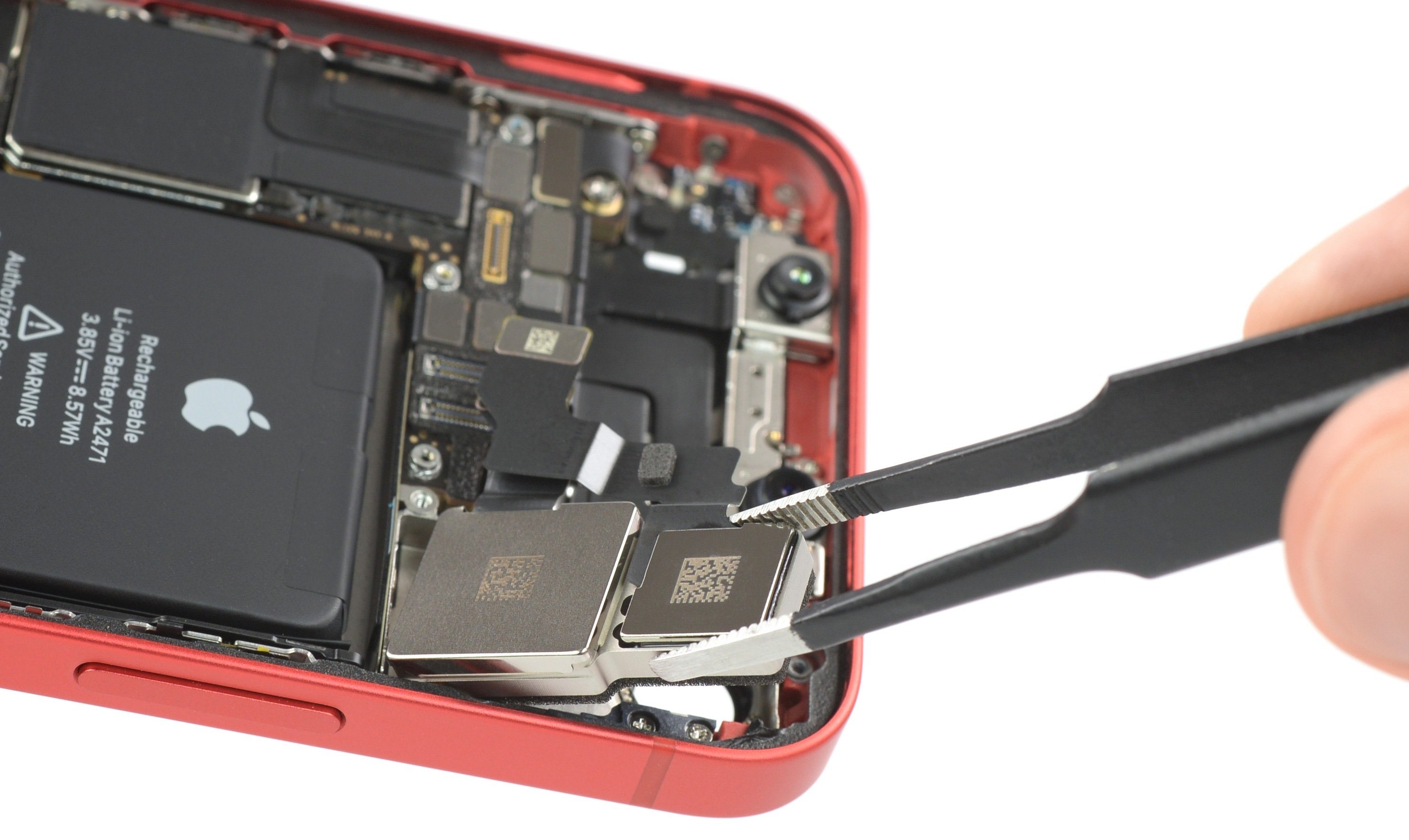 This is “a small phone with big ambitions,” the site notes. “We’re surprised by how familiar the internals look compared to other iPhones this year, given the differences in size among them.”

The handset also uses certain iPhone 12 components that have been scaled down to fit in the smaller enclosure of the iPhone 12 mini. For instance, the iPhone 12 mini features smaller versions of the Taptic Engine, speakers and MagSafe ring.

The logic board is L-shaped, like with other handsets in the iPhone 12 family.

As for the cameras, the wide and ultra-wide cameras on the back are the same size as the wide and ultra-wide shooters on the iPhone 12. By contrast, the 6.7-inch iPhone 12 Pro Max has noticeably bigger lenses out the back due to the larger sensor on the wide lens and increased optical range on the telephoto lens. While most major components are modular enough to be replaced independently, including the display and battery, iFixit bemoaned Apple’s use of specialized screws and overuse of glue because they complicate repairs.

iFixit didn’t comment on Apple’s hardened Ceramic Shield glass protecting the cover of the iPhone 12 mini, but noted that glass covering the rear is fragile and impractical to replace. I fact, a single drop could “necessitate replacing the entire body” of your iPhone 12 mini.