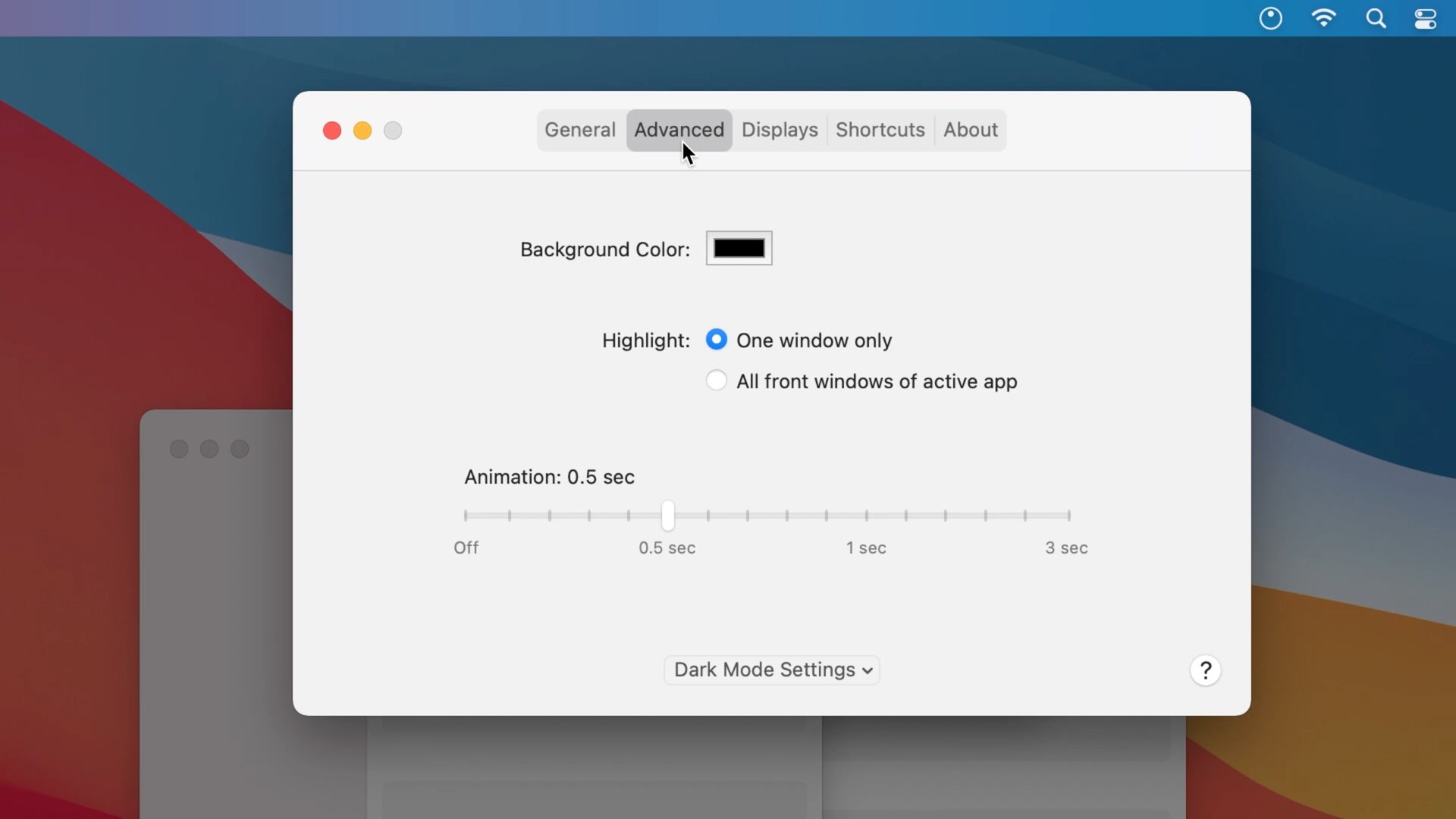 A new version of HazOver for Mac is now available with macOS Big Sur and Apple Silicon compatibility. With several new bright elements in the Big Sur interface, including the shiny new Control Center, dimming the background with HazeOver helps more than ever.

HazeOver is a longstanding macOS app that helps Mac customers turn distractions down and focus on the task at hand. Simply put, the software automatically highlights the front window on your Mac computer by automatically fading out all the background windows. The less important things gently fade away in the background, which helps increase your productivity.

Too many windows to manage? Large display? Or sometimes getting lost in multiple monitors? HazeOver is for you! This app automatically highlights the front window by fading out all the background windows.

Here’s a short demo video for the new version.

Maxim Ananov, the brains behind HazeOver, tells me that the new version has been optimized for macOS Big Sur and features native support for the new Apple Silicon-powered Macs. version HazeOver 1.8.8 includes a new menu style to match the new Control Center and its menus. You can also customize the menu to remove items you don’t need. HazeOver looks like an integral part of the OS thanks to its concise menu similar to other system menu bar icons.

Like before, you can set the hazing intensity and speed — from a soft dimming for those times when you’d like to gently focus on your workflow to a dark background when solely focusing on the current task. HazeOver lets you toggle the shade with a keyboard shortcut or adjust intensity with a gesture, keep separate dimming settings for Dark and Light mode, hit the “fn” key when dragging stuff between apps to have HazeOver fade out and so forth.

HazeOver is available from the Mac App Store or as part of your Setapp subscription.

A trial version is available at HazeOver.com.