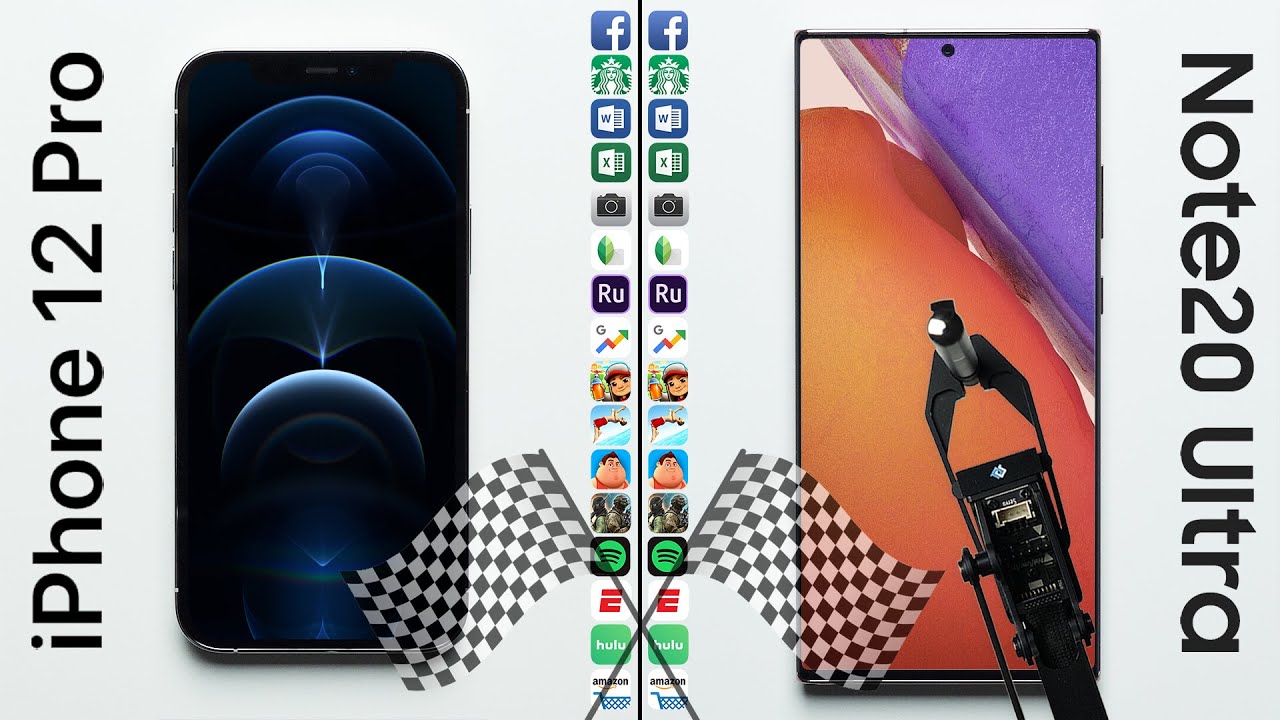 Apple is not shy about touting the capabilities of its A-series processors. That’s certainly the case with the A14 Bionic, which the company introduced earlier this year.

So of course folks out there in the wild are going to put Apple’s latest smartphone up against the primary competition. In this case, it’s the Samsung Galaxy Note 20, which launched earlier this year. The iPhone 12 Pro is equipped with the A14 Bionic –as is the rest of the iPhone 12 lineup– and today the YouTube channel PhoneBuff put it up against Samsung’s high-end device. The Galaxy Note 20 Ultra is equipped with Qualcomm’s Snapdragon 865+ chipset, and it’s plenty powerful in its own regard.

This is a traditional speed test, in that we see both handsets side-by-side and PhoneBuff goes through an app launching routine. We see which devices open and transition between one app after another, both first- and third-party apps on each handset.

One interesting aspect of this test isn’t just the processor, though. The Galaxy Note 20 Ultra is equipped with 12GB of RAM. That’s a lot! But the iPhone 12 Pro boasts just half that, with 6GB of RAM. The fact that the iPhone 12 Pro is able to come out on top is great news for Apple, and anyone who enjoys the speediness of iOS in general.

In any event, you can check out the speed test below.

If you have an iPhone 12 or iPhone 12 Pro, are you happy with your phone’s performance so far?