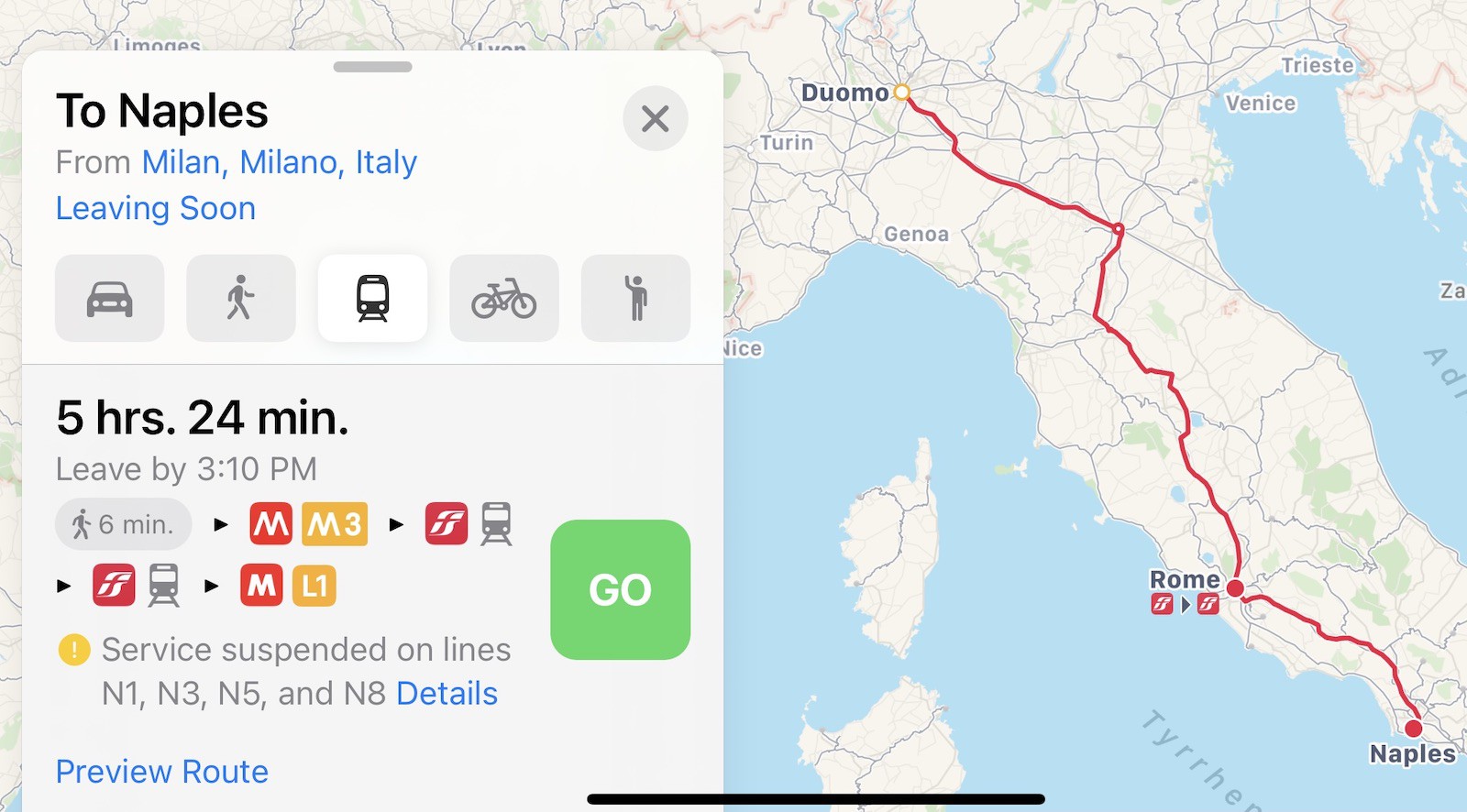 If you are in a populous area of Italy, it’s very likely that the Transit feature within Apple Maps is now live in your neck of the woods.

As first noted today by MacRumors, Apple Maps Transit directions are now live in many populous areas across Italy. Rome has supported Transit directions for some time now, so this builds off of that. As usual, to access Transit information simply tap the Transit tab within the Apple Maps app. This will bring up information related to public transit in your region, including bus lines, trams, trains, and more.

The Transit directions are present between major cities like Naples, Venice, Florence, Palerno, Genoa, and others. That includes Rome, of course.

Apple Maps Transit information is available across Apple’s range of devices, including the iPhone, iPad, the Apple Watch, and Mac.

You can check out the full list of supported regions for Transit details from Apple directly.