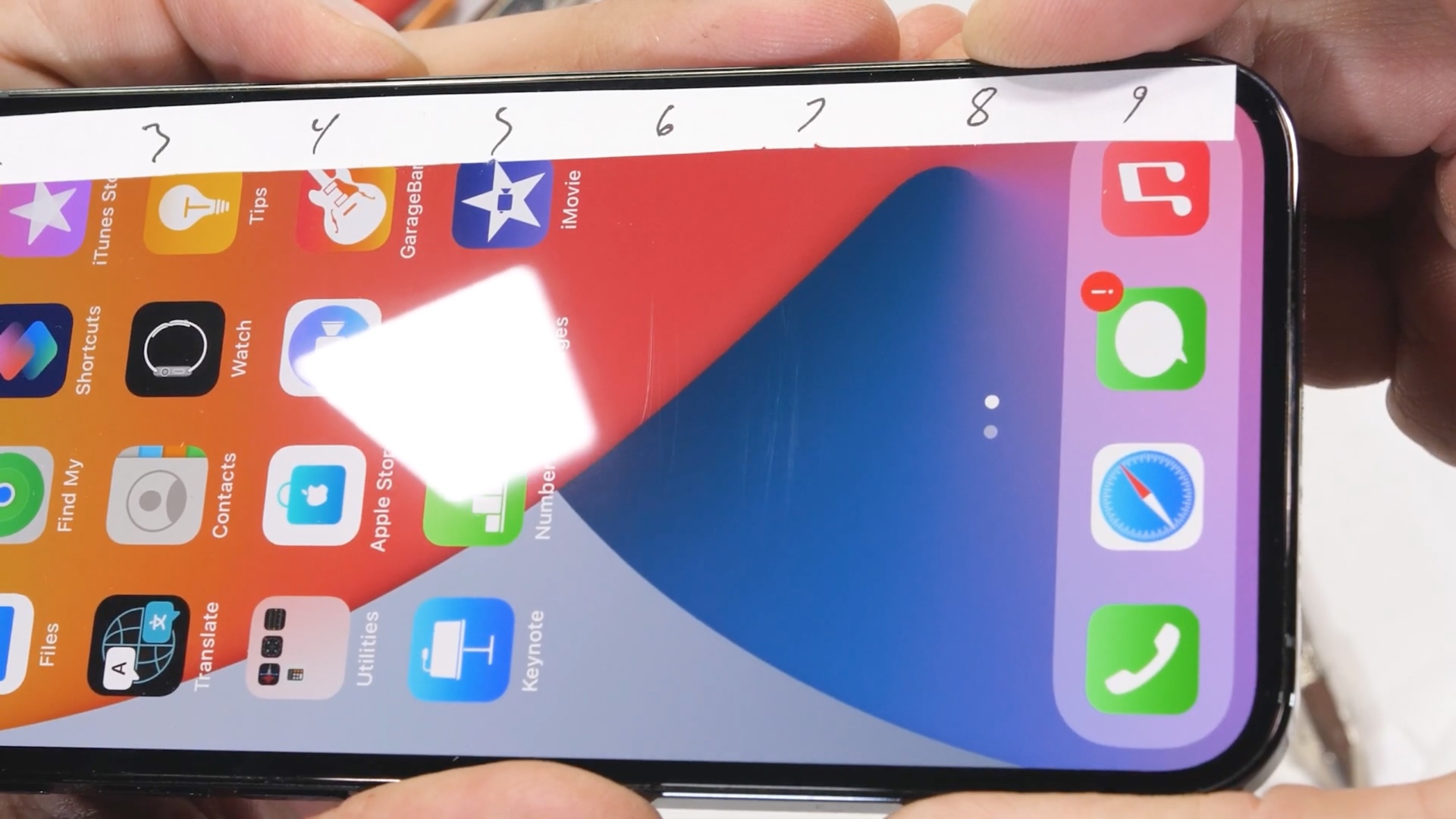 Apple has teamed up with Corning Glass to create a new optically transparent material, called Ceramic Shield, to protect the iPhone 12 display. According to Apple, the new Ceramic Shield front cover provides “the biggest jump in durability ever on the iPhone” and is “tougher than any smartphone glass.” But as a new torture test shows, the actual scratch resistance of the new iPhone 12 displays is comparable to the previous iPhone smartphones.

Zack Nelson today shared an iPhone 12 Pro durability test on his YouTube channel JerryRigEverything, finding that the display is “still scratching at a level six on the Mohs hardness scale, with deeper grooves at a level seven,” like many other smartphones.

“Nelson did find that the scratches with the level six Mohs pick appear to be slightly fainter compared to previous iPhones, but there is no dramatic improvement,” notes MacRumors. In other words, Apple focused on drop performance rather than scratch resistance.

Drop tests by MobileReviewsEh found light scratches with seven points on the Mohs hardness scale. Insurance company Allstate ran torture tests of its own, finding the display on the iPhone 12 lineup to be generally more durable than the last year’s iPhone 11 displays.

Ceramic Shield has nano-ceramic crystals directly infused into the glass.

According to Apple, this makes the screen on the iPhone 12 lineup incredibly durable, and it should better handle drops in general. Of course, depending on the height of the fall and the angle of the impact, the screen still has the potential to crack or shatter. But Ceramic Shield should help to avoid any major catastrophe with shortfalls.

That said, drop performance should not be confused with scratch resistance. The tougher the glass, the more scratch-resistant it is but at the expense of drop performance. Conversely, a softer glass may not shatter easily but will certainly be more prone to scratches and dings.