We’ve all been in those awkward social situations where our manners get the best of us. Sometimes we stick around and talk to people even though we really need to get going, and sometimes we’re approached by someone that we really don’t want to be approached by. In any case, it’s a good idea to have slick a way out.

Escape is a jailbreak tweak by iOS developer Plat-Ykor that can help in these types of situations. Just as the name implies, this tweak provides users with an on-demand reason to escape unwanted situations, whatever they might be.

Once installed, the user can invoke what appears to be an incoming phone call, on demand, with a secret gesture. It’s the perfect excuse to leave or get away from a persistent person in a pinch. What that person won’t know, however, is that the incoming phone call is completely fake.

As for the gesture, one would only need to have their handset locked in their pocket, then they can wake the device with a press of the side button and then press either of the volume buttons two times consecutively to invoke the fake phone call with or without a delay. Unfortunately, the gesture isn’t configurable at the time of this writing.

Users will find a dedicated preference pane for Escape in the Settings app after installing the tweak where they can configure a number of options to their liking: 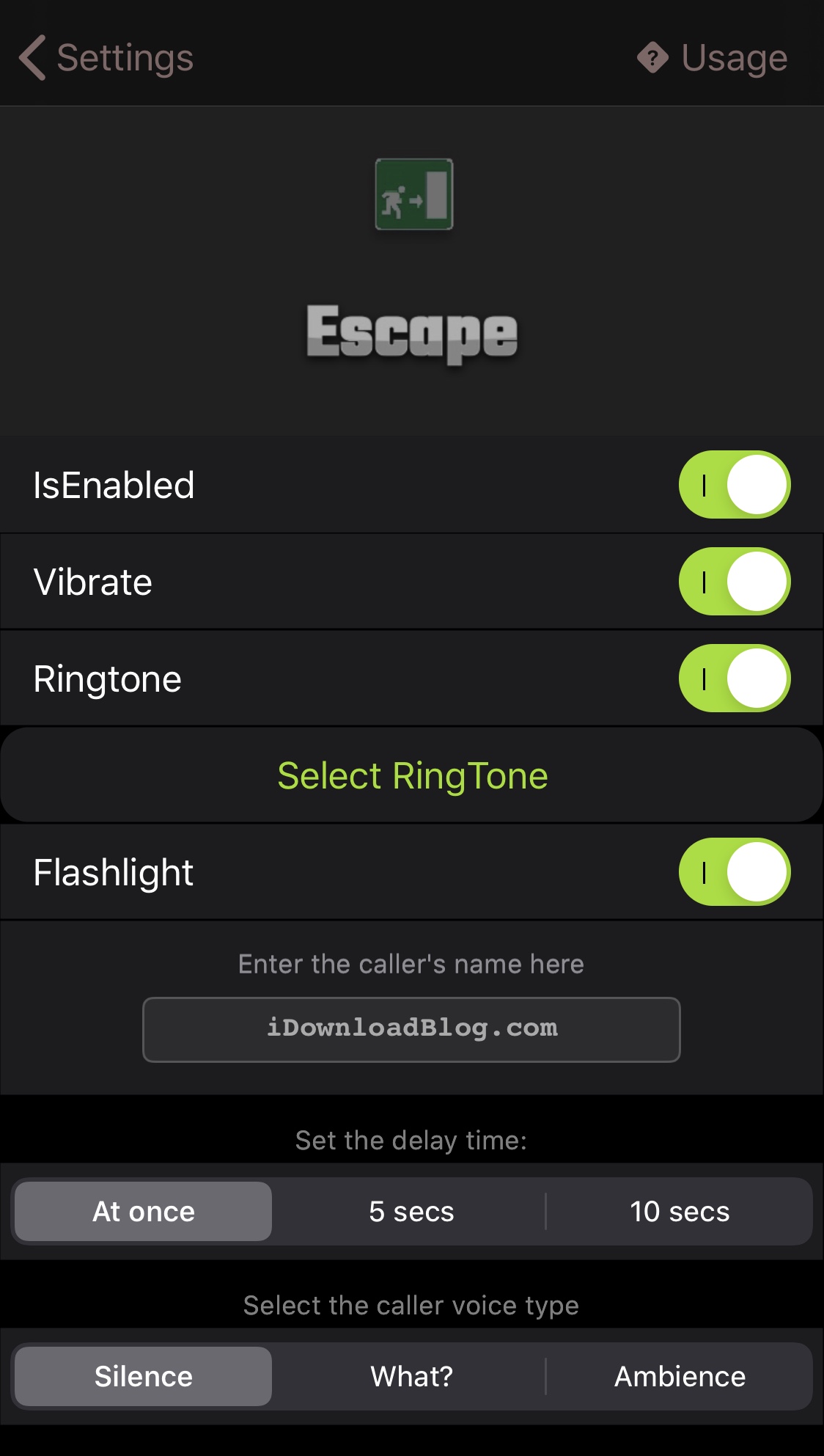 Escape’s incoming call interface is convincing enough and should provide an ample excuse to persuade someone that you need to leave their proximity. It’s ideal for getting yourself away from a persistent person or cutting a conversation short when you feel like it might be rude to just abruptly leave.

Those interested in giving Escape a try can purchase the tweak for $1.50 from the Packix repository via their favorite package manager. The tweak is advertised to be compatible with jailbroken iOS 13 and 14 devices.

Can you think of any good uses for a tweak like Escape? Let us know down in the comments section below.