A substantial number of veteran jailbreakers who relied on Cydia’s ‘Log in with Facebook’ mechanism to access their previous jailbreak tweak and extension purchases were met with frustration after the feature appeared to stop working last June.

Fortunately, the problem now appears to be fixed, as noted by a couple of Tweets shared just this weekend by Cydia creator Jay Freeman, also known more colloquially to the jailbreak community as Saurik: 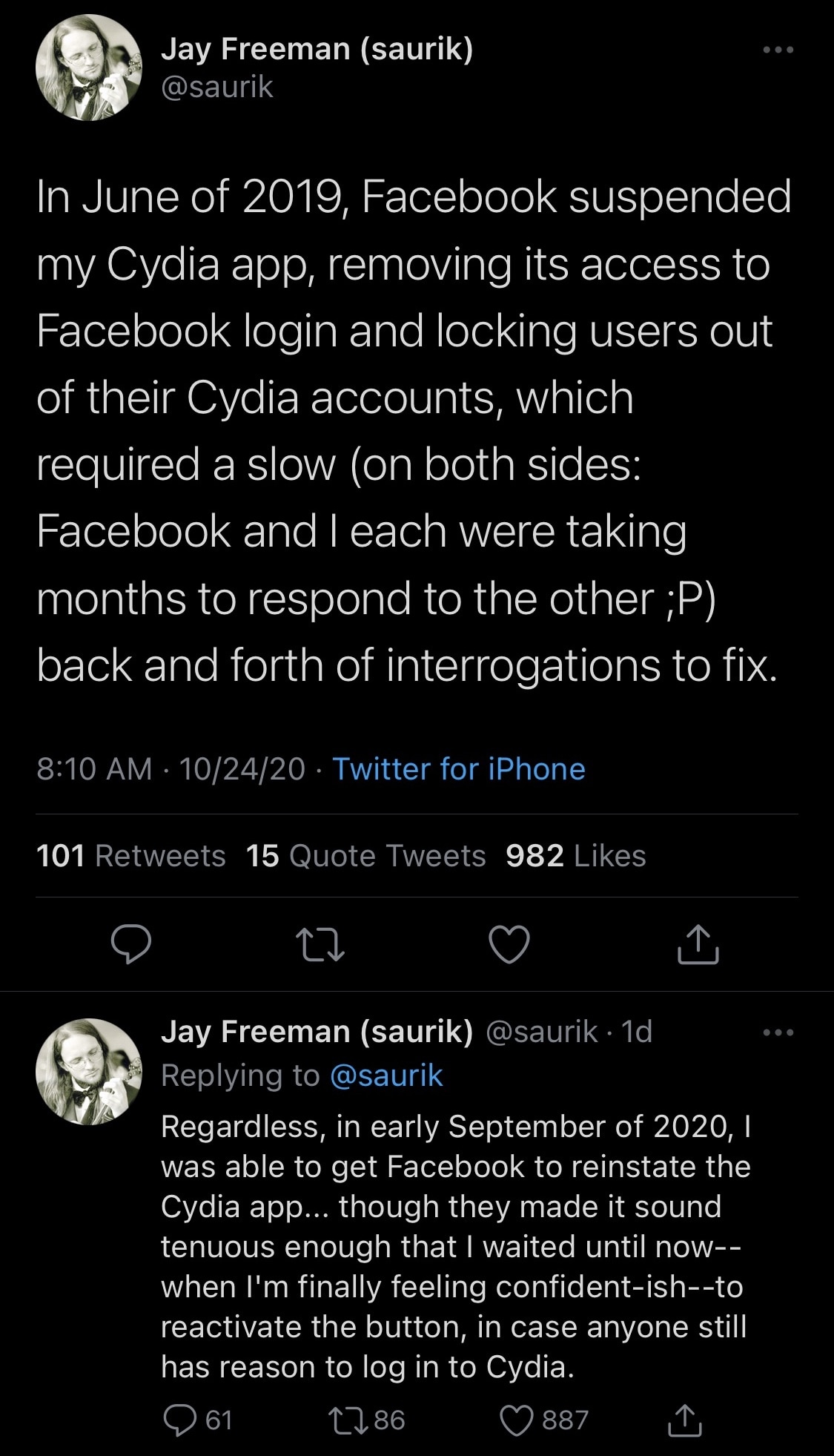 From what we can gather, the debacle all started when Facebook decided to suspend Saurik’s Cydia app. Consequently, this prevented jailbreakers who used ‘Log in with Facebook’ from logging into Cydia with their Facebook accounts, which effectively barred them from accessing jailbreak tweak purchases that they rightfully owned. Oof indeed…

Fortunately, the persistent Saurik went back and forth with Facebook over the past several months. Following a long and drawn-out exchange between the two parties, Facebook finally reinstated Saurik’s Cydia app in September, and Saurik has now reactivated the ‘Log in with Facebook’ button. Unsurprisingly, this means that jailbreakers who previously used ‘Log in with Facebook’ to sign into Cydia can now do so again.

Given the circumstances, it’s important to note that those who were previously barred from accessing their previous purchased in the Cydia app all because ‘Log in with Facebook’ wasn’t working are now able to again. As a result, those impacted can now log into Cydia on new devices to download previously purchased packages without being forced to re-purchase them.

It’d really be an understatement to call this a win for the jailbreak community… but it’s wonderful news for anyone impacted to say the least.

Were you among the affected when Facebook suspended Saurik’s Cydia app, and if so, are you excited about this good news? Let us know in the comments section down below.