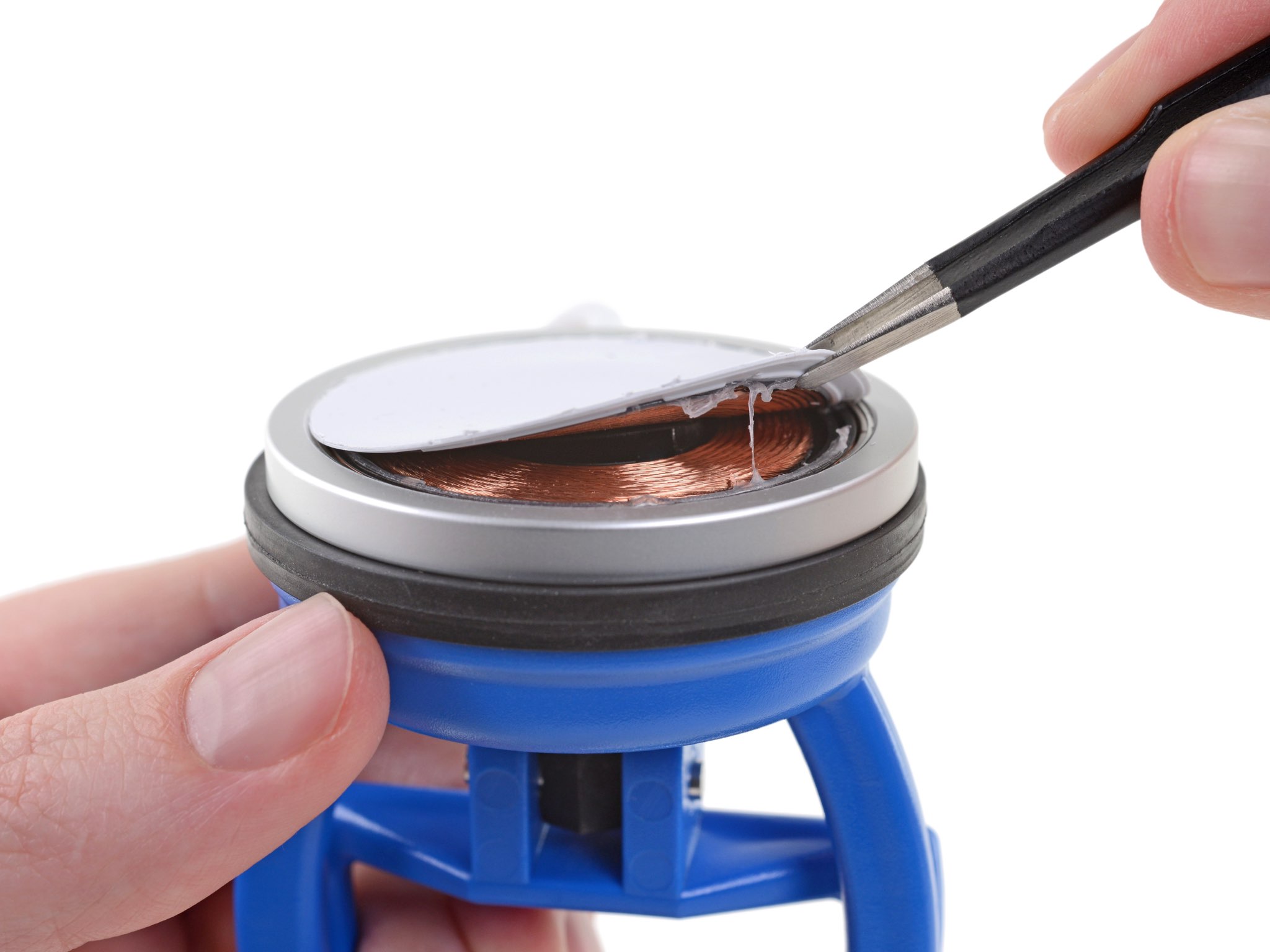 The repair experts over at iFixit have torn apart Apple’s new MagSafe wireless charger for the iPhone 12 family, revealing an elegant design of the internal components such as the magnets that are arranged in a circular layout within the puck.

Teaming up with semiconductor experts at Creative Electron, they gave the MagSafe charger an X-ray treatment to better see what’s inside the puck. To make the magic work, there are corresponding magnets within both the charging puck and the back of the new iPhones.

→ The best wireless chargers for your iPhone, AirPods and Apple Watch

In addition to allowing the charger to easily snap onto the back of an iPhone, this circular arrangement of the magnets allows for precise, automatic alignment between the internal coils and a host device. Contrast this with regular Qi chargers where the user is left to align their device precisely with the embedded power coils within the charger for it to charge reliably. 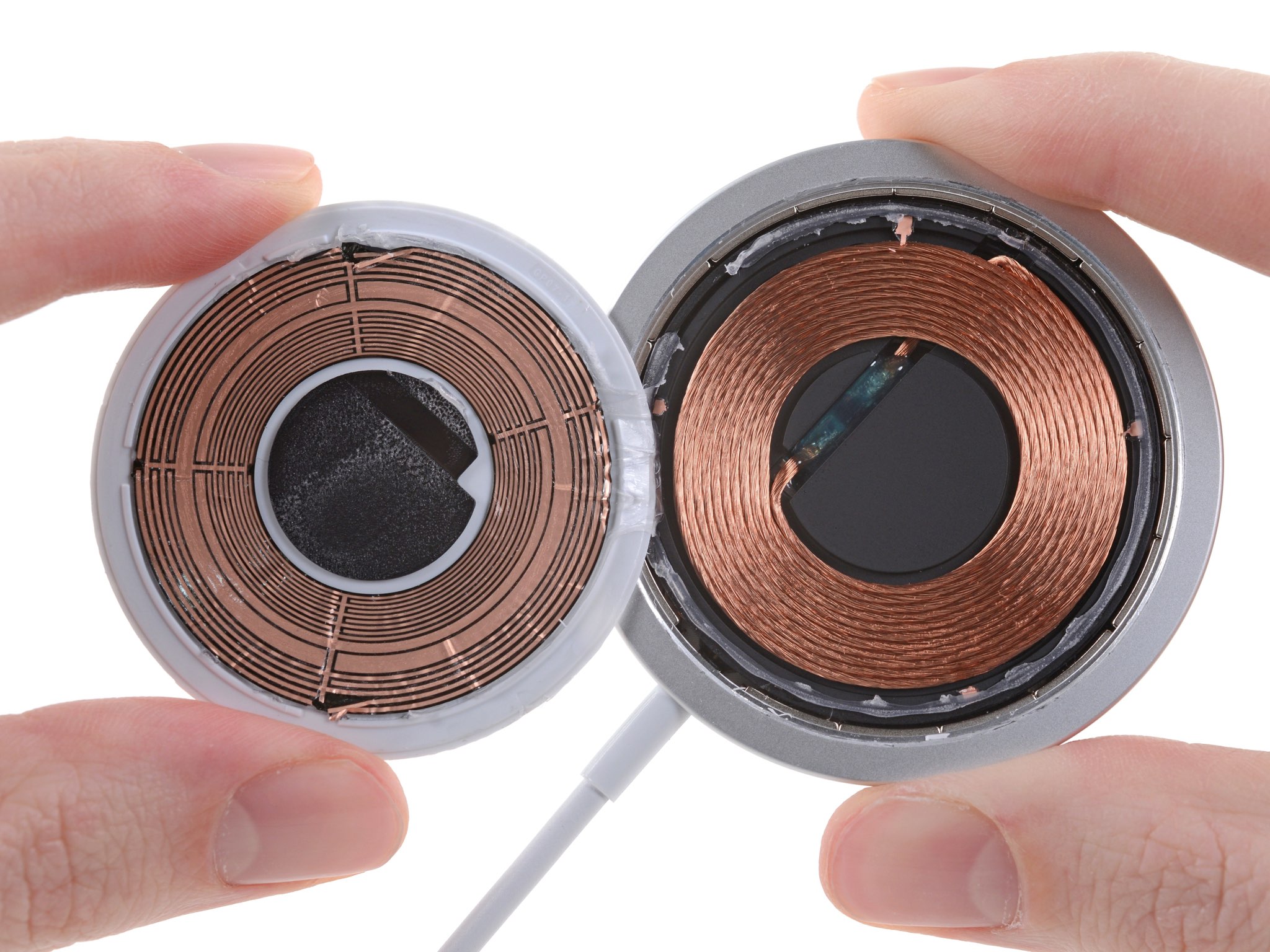 To tear the charger apart, iFixit used the only seam where the white rubber circle meets the metal rim as an entry point. After softening the adhesive with some heat, they were able to get past the white cover, between the plastic and metal underneath.

On the underside of the white cover is an etched copper sticker, with traces corresponding to four leads spaced around the outside of the charging coil. Prying up the coils reveals the circuit board—alas, It’s covered by a metal shield.

The miniature circuit board pithing the puck houses a chip labeled STWPSPA1, which iFixit was able to identify as a likely close cousin to STMicroelectronics’ STWBC-EP component. 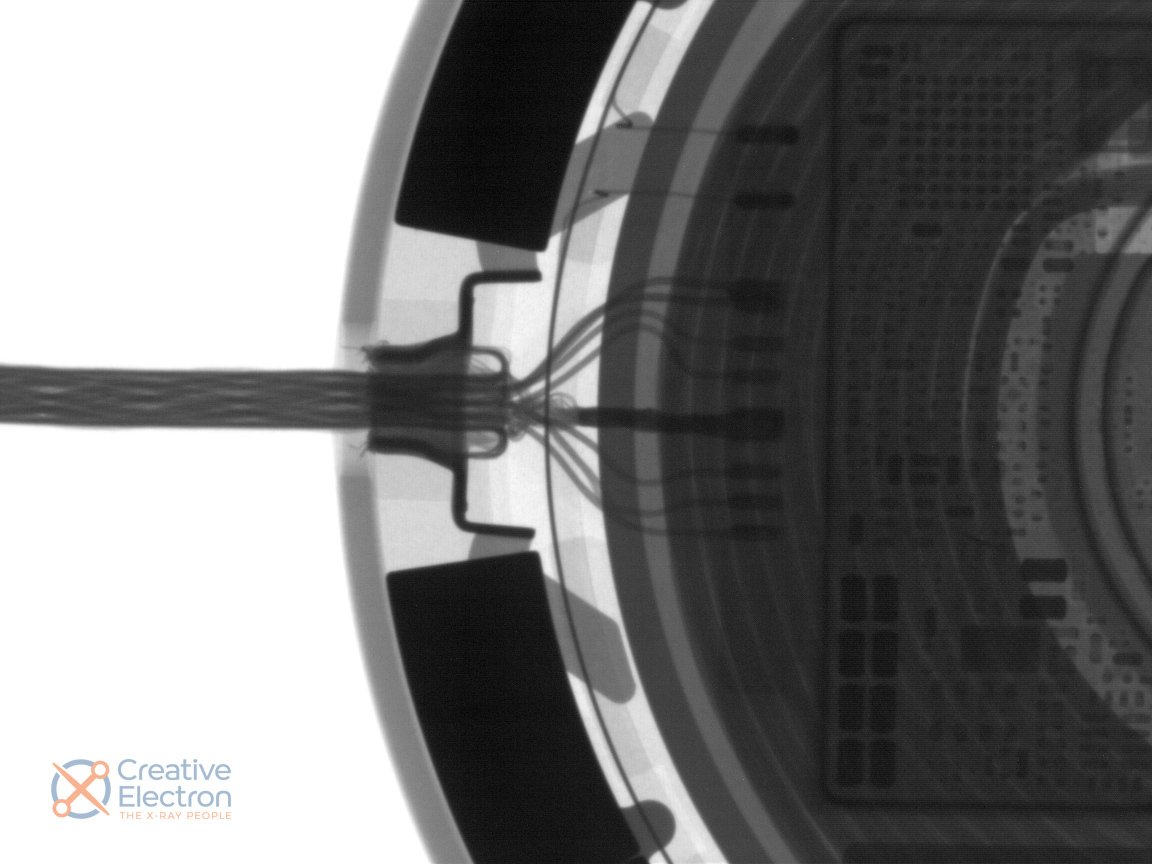 And thanks to the X-rays courtesy of Creative Electron, we get to enjoy a closeup of the strain relief at the cable attachment point (above) and another one of the USB-C connector (below). 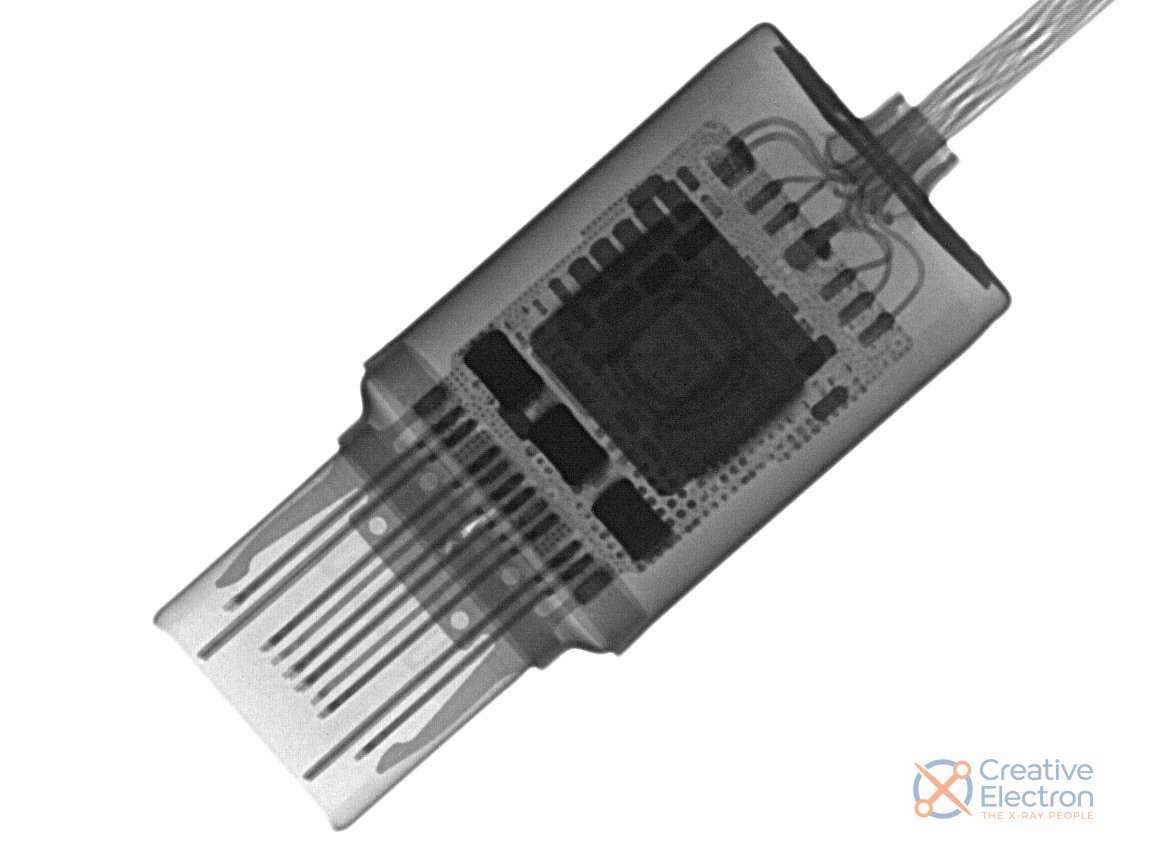 The MagSafe chargers provide up to 15 Watts of power when used with the new iPhones that have the corresponding magnets on the back. On top of that, the charger accommodates existing Qi-enabled devices, like older iPhones, in which case it works as a 7.5-Watt Qi charger.

Reviewers have discovered, unsurprisingly, that MagSafe charges new iPhones slower than the wired solution in form of a 20-Watt USB-C charger with Power Delivery fast-charge support. 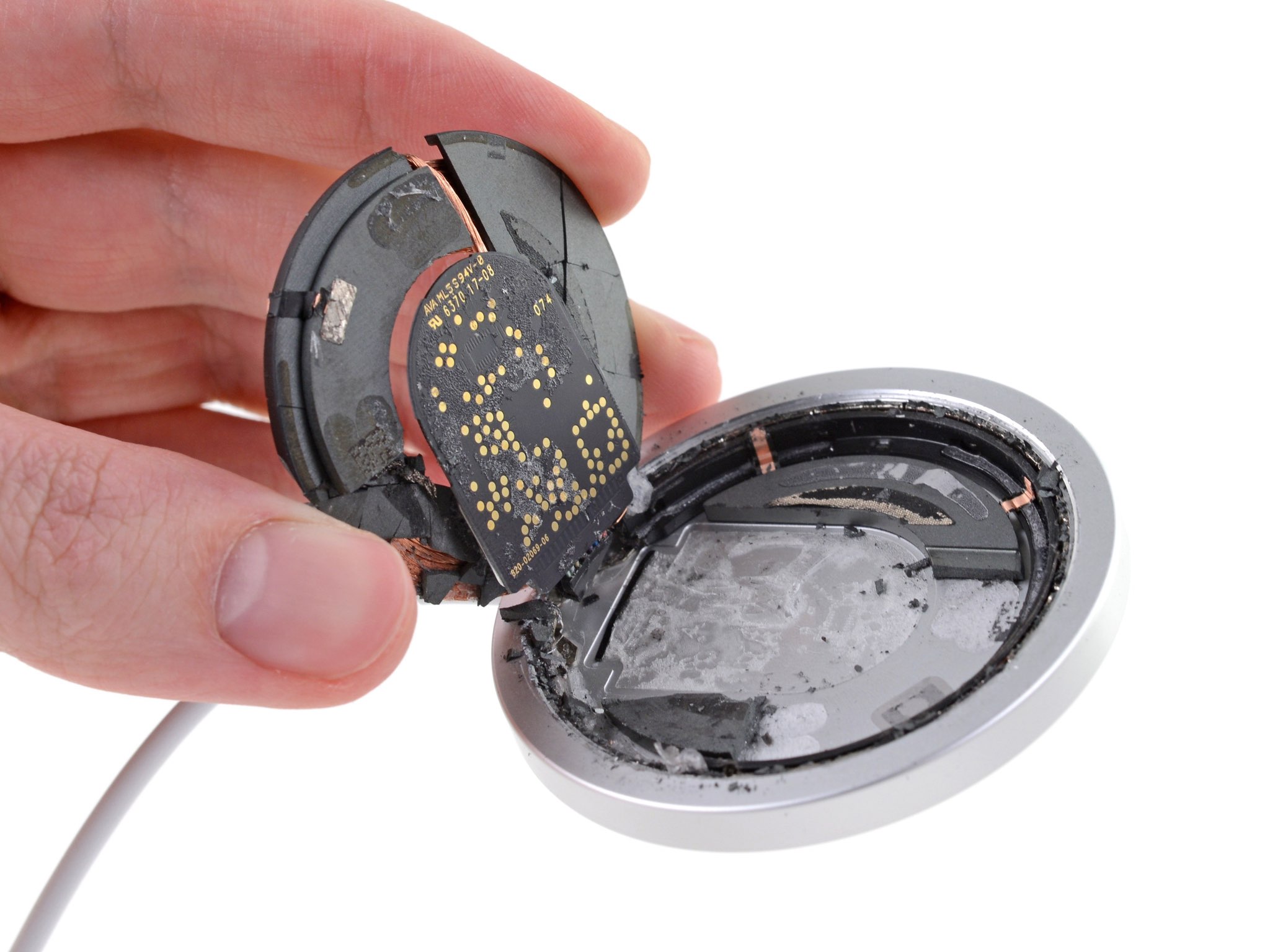