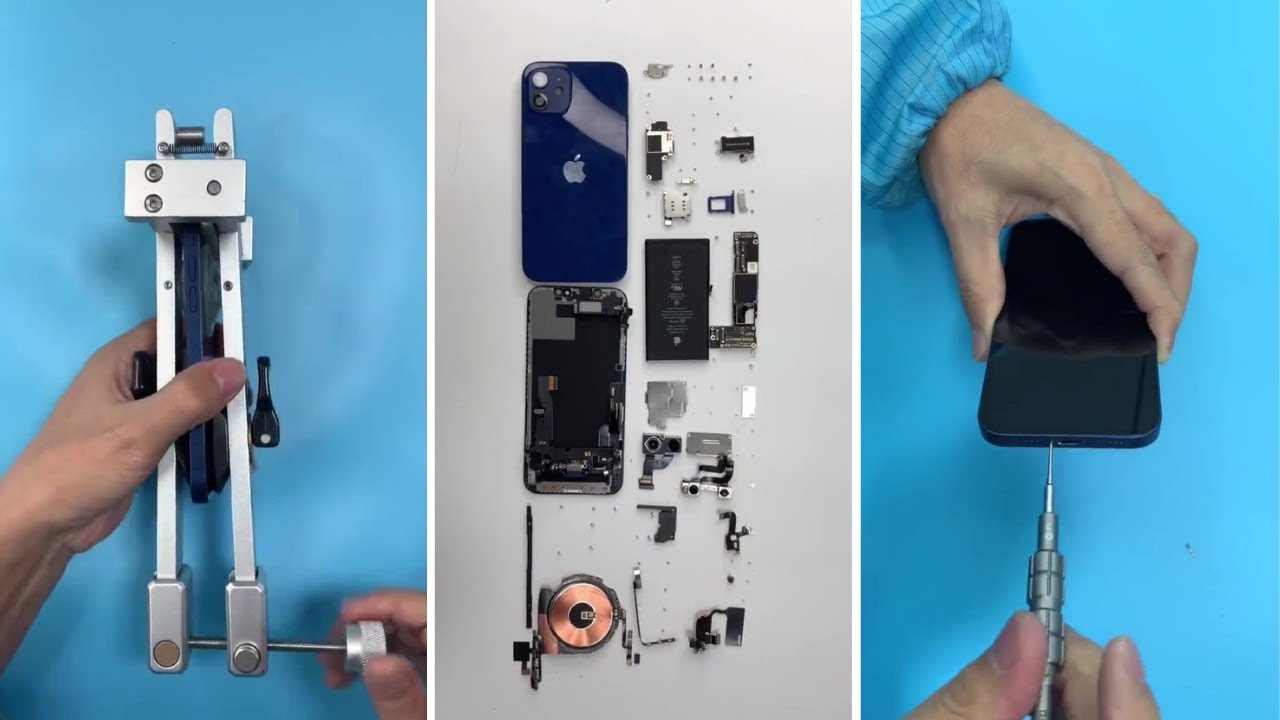 While the iPhone 12 (and the whole iPhone 12 lineup) looks similar to some older iPhone models, and the new iPad Pro, it’s technically an all new design. And now the first teardown of the handset reveals how it came together.

This teardown video was posted on YouTube by Hic Tech (via 9to5Mac). It shows off the iPhone 12 being dismantled, piece by piece, and showcases the all-new design. It’s not a super in-depth video, measuring in at just over two minutes in length, but those videos will crop up after the handset officially launches this Friday, October 23.

Indeed, the focus of this teardown is actually to compare the new smartphone to last year’s iPhone 11. In that, Hic Tech reveals just how much thinner Apple’s new design is compared to last year’s model. Individual parts had to get thinner in the process, which includes the OLED display in the iPhone 12. Even the Taptic Engine is smaller.

The iPhone 12’s battery size, previously reported to be 2,815mAh, is also confirmed in this teardown.

Apple is not shy about the size of the iPhone 12. The company made sure to let the world know that it’s smaller in just about every way that matters. The company says the newest smartphone is 16% lighter, 11% thinner, and 15% smaller. All of that is great, except for the slight hit on battery size and battery life for daily use. Even the iPhone 12 Pro Max has a slightly smaller battery.

You can check out the teardown video just below.