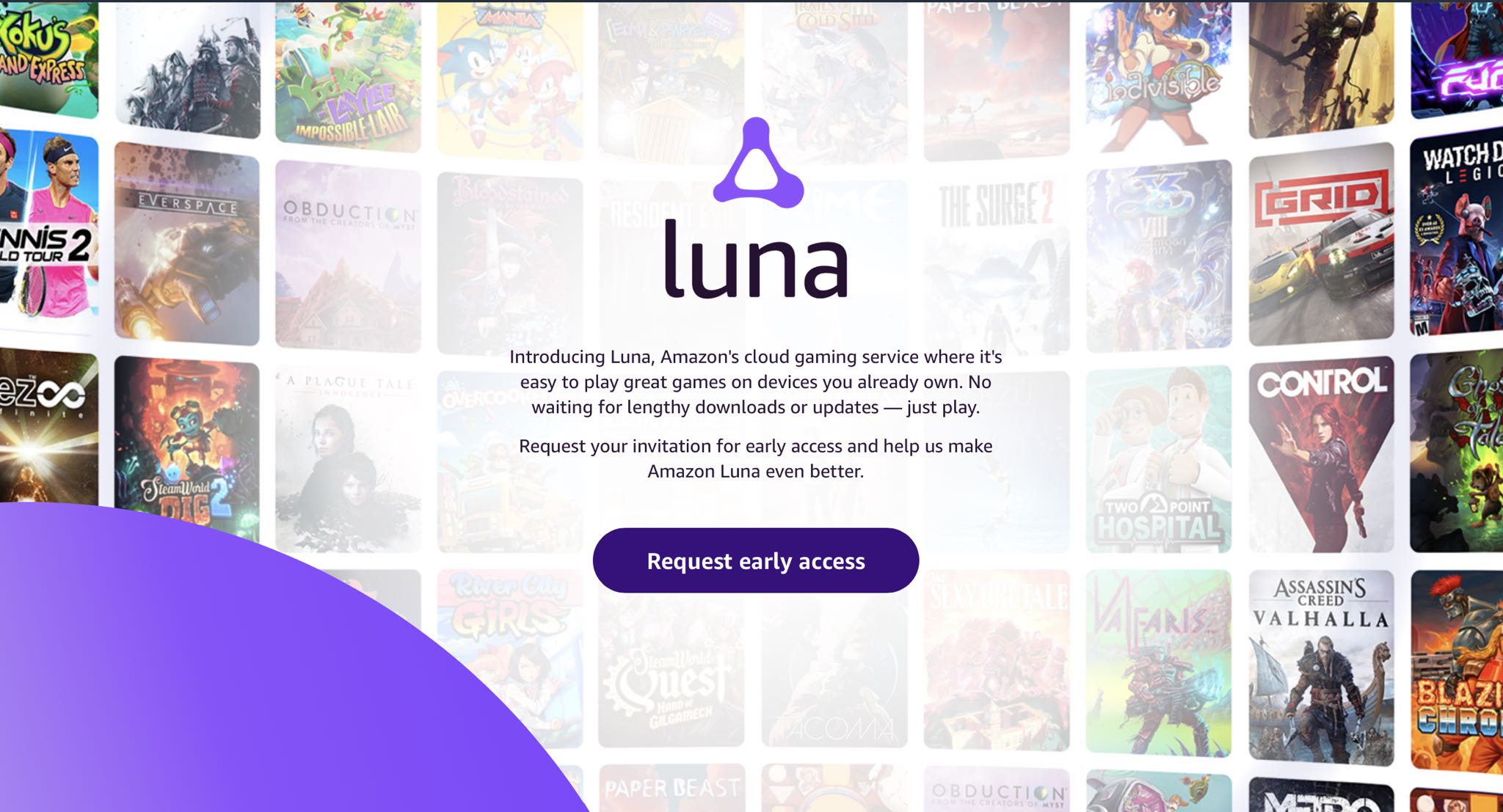 Luna, Amazon’s new cloud-based gaming service, is available starting today across a variety of platforms to a small set of users in the United States as part of an early access test.

On Apple’s iOS platform, Luna is available through a web app due to Apple’s tight App Store rules requiring providers of game-streaming services like Google Stadia or Microsoft xCloud to separately submit each streaming game to the App Store for approval. According to Amazon, invitations have been sent to a small number of customers in the United States to test Luna. Early testers can optionally purchase Amazon’s $50 controller to play Luna games.

“We are just getting started and need streamers and players of all kinds — core, casual and first-time gamers — to provide feedback,” Amazon says. “We want to hear what customers like, what they don’t like, and what they want to see us build.”

The service costs six bucks per month after a free seven-day trial versus five bucks per month for Apple Arcade. Luna provides unlimited access to 50 cloud-based streaming games. The launch titles can be found in Luna’s Game Channel. More titles are set to come to the platform, including Ubisoft titles like “Assassin’s Creed Valhalla” via their own channel within Luna.

Similar to Google’s Stadia and Microsoft’s xCloud, a cloud-based Luna game that’s streamed to your device actually runs on a remote server. Your device acts as a thin client that sends inout to the cloud and decodes the constant gameplay video stream, rendered by servers in real-time based on your input. As a result, resource-intensive games can be played on less powerful devices as long as one has a speedy Internet connection with low latency.