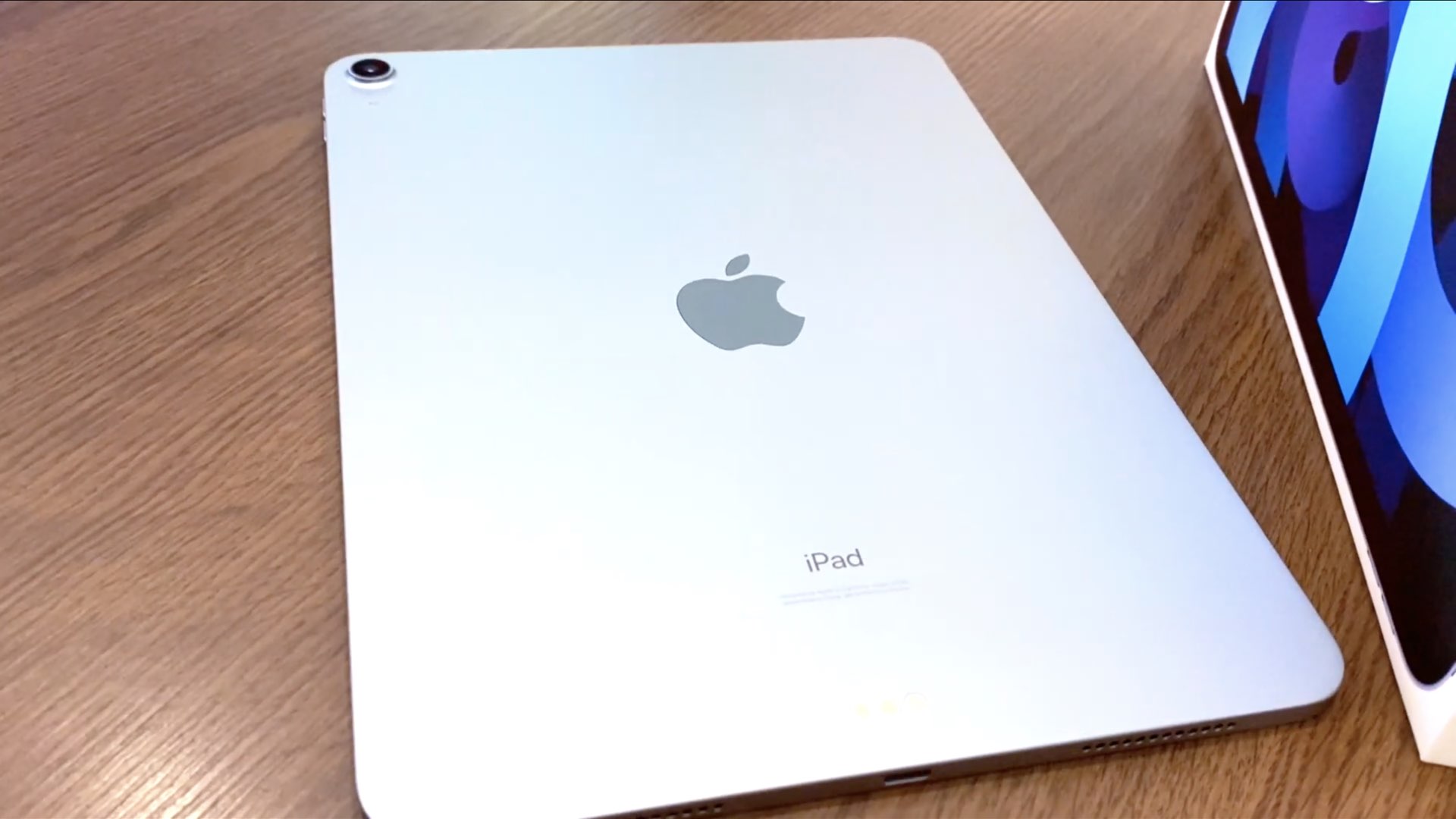 The fourth-generation iPad Air has begun shipping to some customers ahead of its official launch this coming Friday, and now the first unboxing video has appeared online.

The unboxing video, running one minute and fifteen seconds long, does a good job at showing off Apple’s new shiny from all angles. The footage reveals a Sky Blue variant of the new Apple tablet (the other available colorways include Silver, Space Gray, Rose Gold and Green).

The device went on pre-orders last Friday, October 16, with the first shipments expected to start arriving at customers’ doorsteps this coming Friday on October 23.

The iPad Air 4 features a Touch ID fingerprint sensor built into the Power button, a first for any iOS device. It’s also the first device that debuted Apple’s latest A14 Bionic system-on-a-chip. It’s got a 10.9-inch ‌edge-to-edge LCD display similar to the iPad Pro and supports Apple Pencil 2.