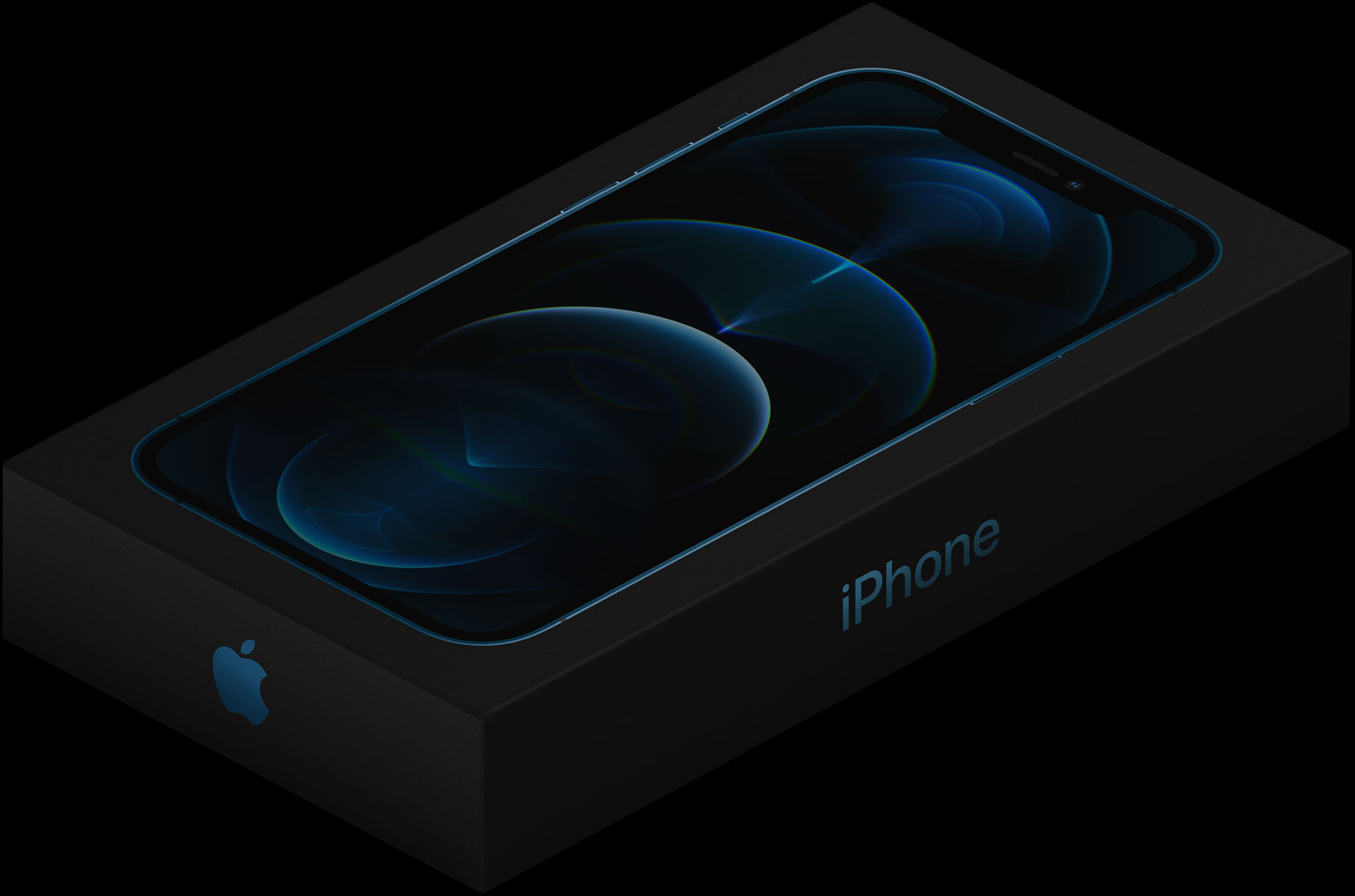 Did you know that there are smartphones out there that support 5G, and they were on the market before the iPhone 12 lineup was announced? Well, Samsung’s not afraid to remind you.

Samsung has followed suit with most of those things by now. Current Samsung flagship smartphones don’t have a headphone jack, and they don’t have removable batteries. When it comes to the headphone jack, Samsung even removed the ads mocking Apple after it launched the Galaxy Note 10.

But it’s 2020 and here we are again with Samsung mocking Apple for its latest efforts with the iPhone lineup (via MacRumors).

The power adapter goes the way of the dodo (kind of)

Samsung turned to its social networks earlier this week to post a couple of different things taking a swing at Apple. First up, the power adapter. As you know by now, Apple has removed the power adapter and the wired EarPods (headphones) from the box of the iPhone 12 lineup. The company also removed these accessories from the iPhone 11, the iPhone SE, and the iPhone XR‘s boxes, too, when you buy a new device. The reason? To have a positive impact on the environment, according to Apple. The company says the change will cut down on carbon emissions, both by eliminating the accessories and being able to shrink the iPhone’s box.

Across the iPhone family, we’re removing the power adapter and EarPods that often go unused, but including the fast‑charging USB‑C to Lightning cable that most people need. That shrinks packaging, and more boxes per shipment means fewer shipments overall. We’re also transitioning our manufacturing partners to renewable energy. Altogether, this eliminates over 2 million metric tons of carbon emissions annually.

But apparently this is something to mock, because Samsung is ready and willing to go for it. Over on the company’s Facebook account, it has a new marketing line of its own: “Included with your Galaxy”. In this case, it’s just a picture of the power adapter. Samsung is pointing out that it’s still shipping the power adapter with its Galaxy smartphones, which apparently the company thinks puts it a class above Apple. 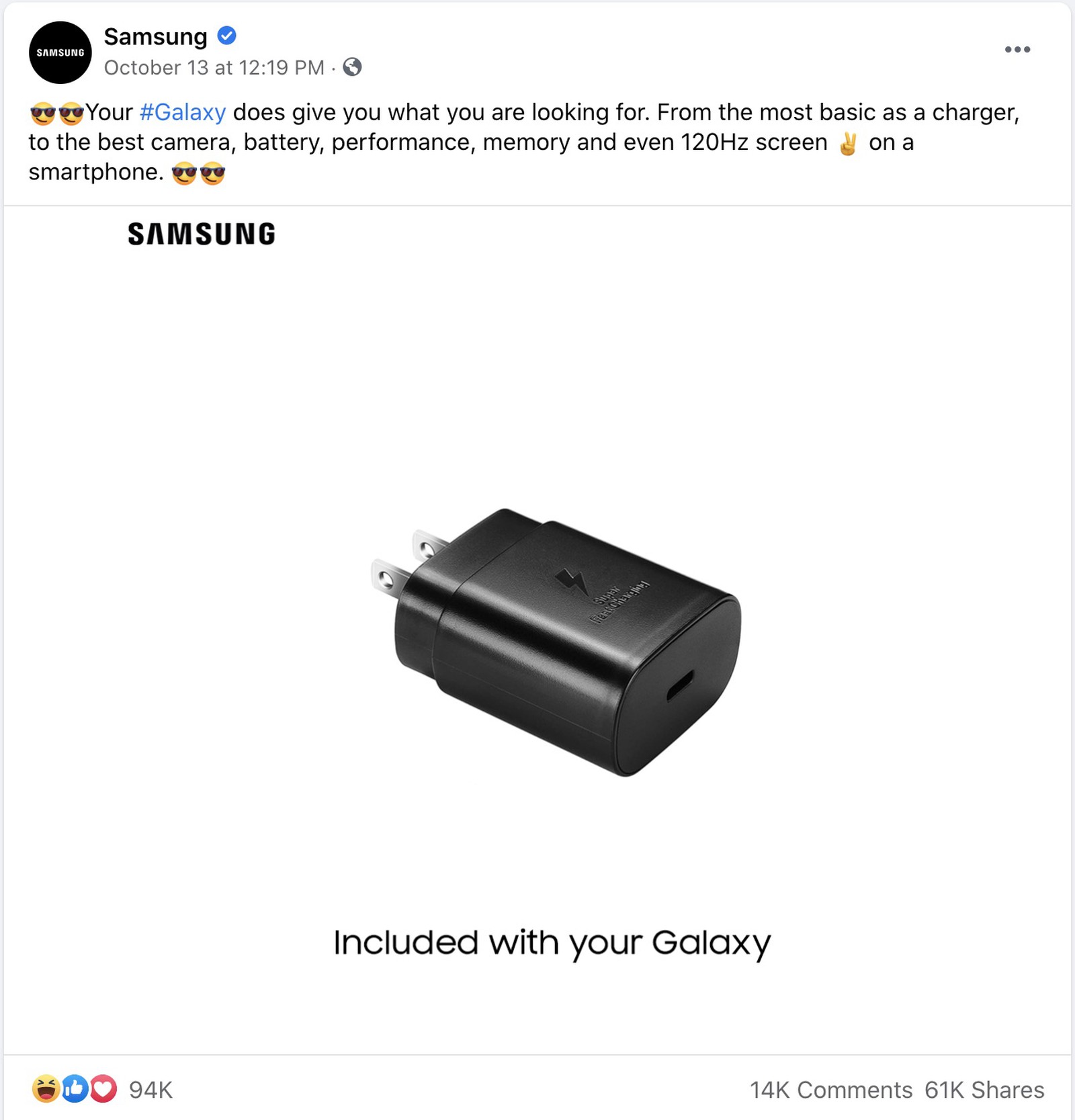 It’s especially funny, and ridiculous, because there are rumors out there that Samsung is going to axe the power adapter from its future smartphones, too. That change may even take place in 2021. And if Samsung follows its track record with releases, then we may see it happen in February or March of next year. Which means Samsung can get about . . . four months of mocking before they do the same thing as Apple.

Yes, one of the selling points of the iPhone 12 lineup is that it has 5G. It is absolutely not the first smartphone to do this, and Apple didn’t suggest it was. But that doesn’t mean Apple shouldn’t market the new feature, and try to make it sound amazing to try and spur upgrades (even if 5G in the United States isn’t great yet!). But Samsung is taking this time to go ahead and remind folks that the iPhone is “late” to the party, apparently ignoring that Apple has a yearly refresh rate, too.

Some people are just saying hi to speed now, we've been friends for a while. Get your Galaxy 5G device now. https://t.co/yNxIoxGt4h pic.twitter.com/bC1YOLe4gc

This 5G mocking isn’t as ridiculous as the power adapter, but it’s still silly nonetheless. Just because Samsung can say it was “first” with a 5G smartphone compared to Apple doesn’t mean someone will want to switch from iOS to Samsung’s flavor of Android. Or maybe it will! As long as the person is happy, that’s all that matters.

In any event, it’s just silly marketing banter. What do you think of Samsung’s move here?