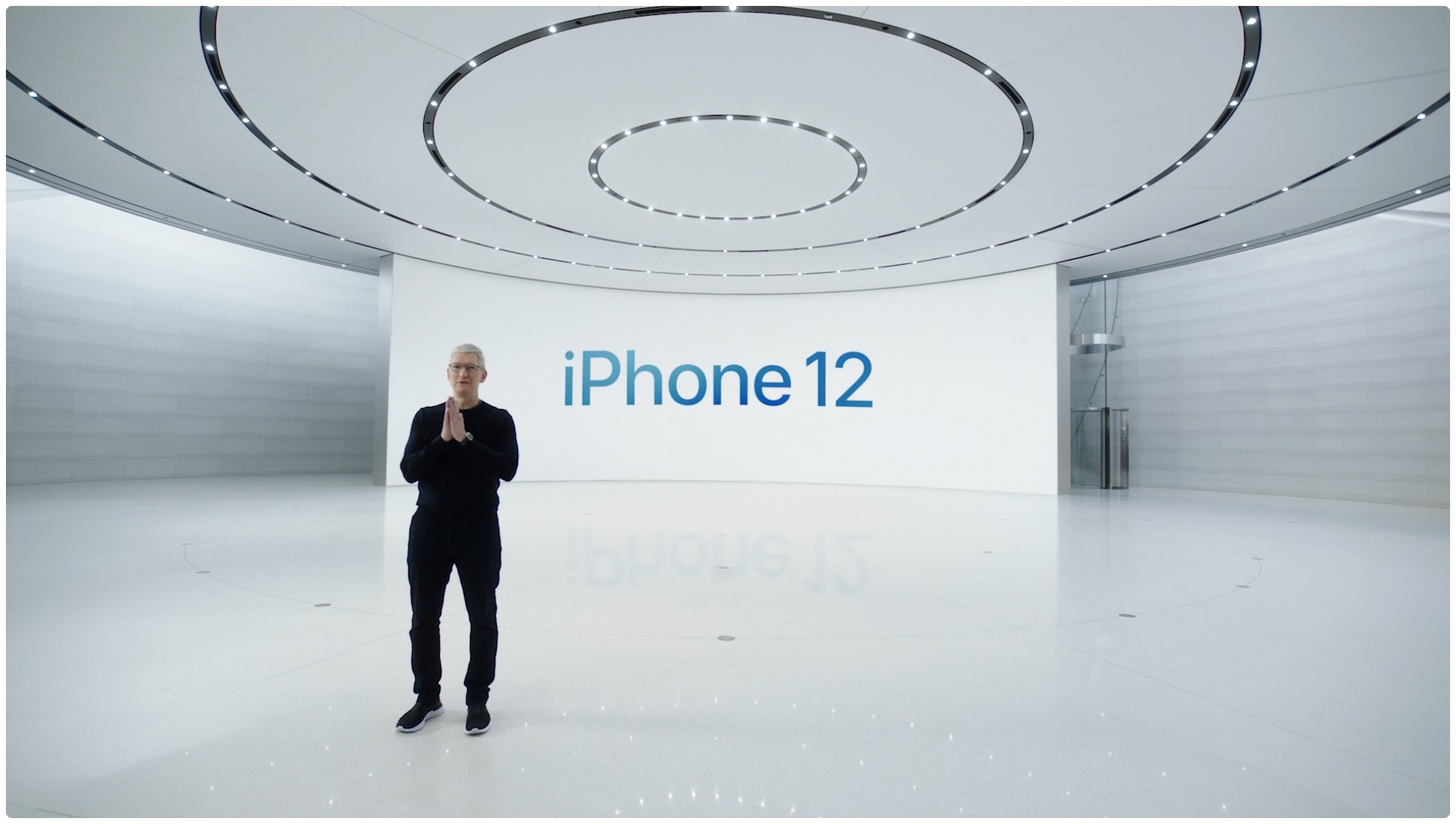 Apple’s big iPhone event is up and running, and the company just made its first big announcement regarding its new handsets: the iPhone 12. As expected, the design looks very similar to the older iPhones 4 and 5, with rounded edges and glass front and back. Below we’ve rounded up everything you need to know about the new smartphone. 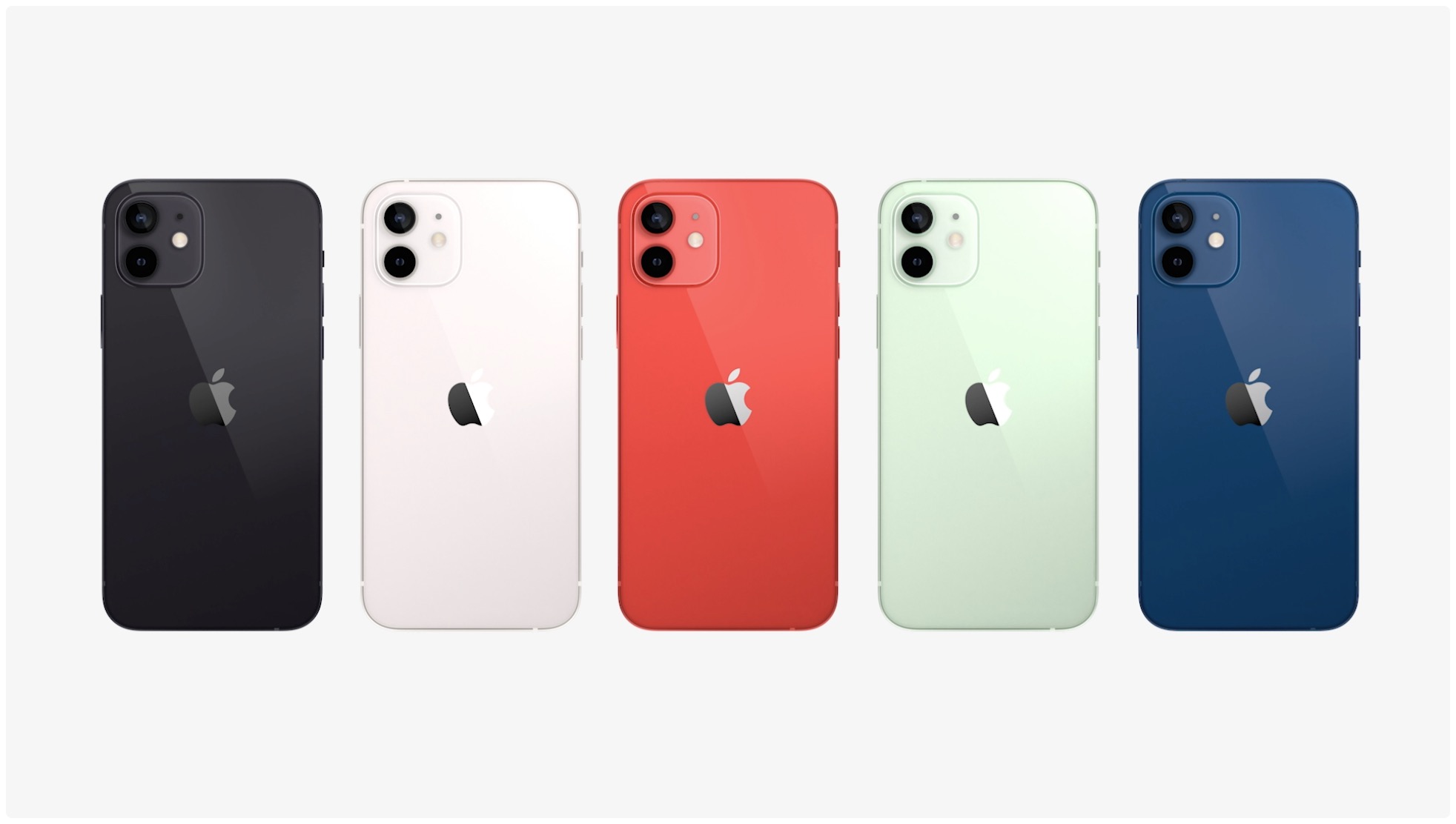 The iPhone 12 features a sleek new flat-edge design with an aerospace-grade aluminum enclosure sandwiched in between two pieces of glass. Those glass panels are made using a new high temperature crystallization step that grows nano-ceramic crystals within the glass matrix (Apple is calling this a Ceramic Shield), and Apple says that it’s tougher than any smartphone glass, with 4x better drop performance than the iPhone 11. And speaking of durability, the 12 has an IP68 rating for water resistance of up to 6 meters for up to 30 minutes. The new handset comes in the 5 colorways you see above: black, white, red, green and blue. 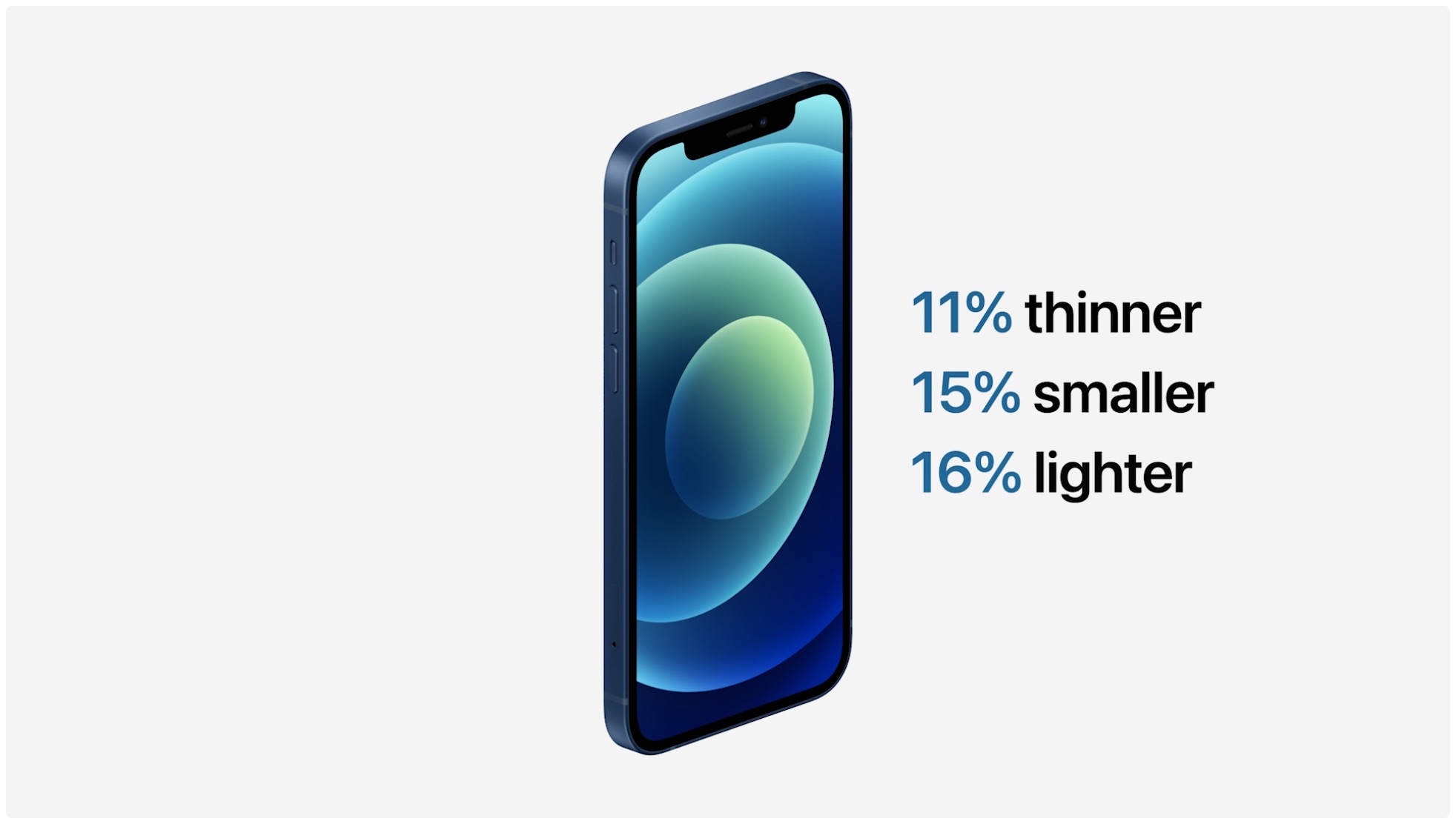 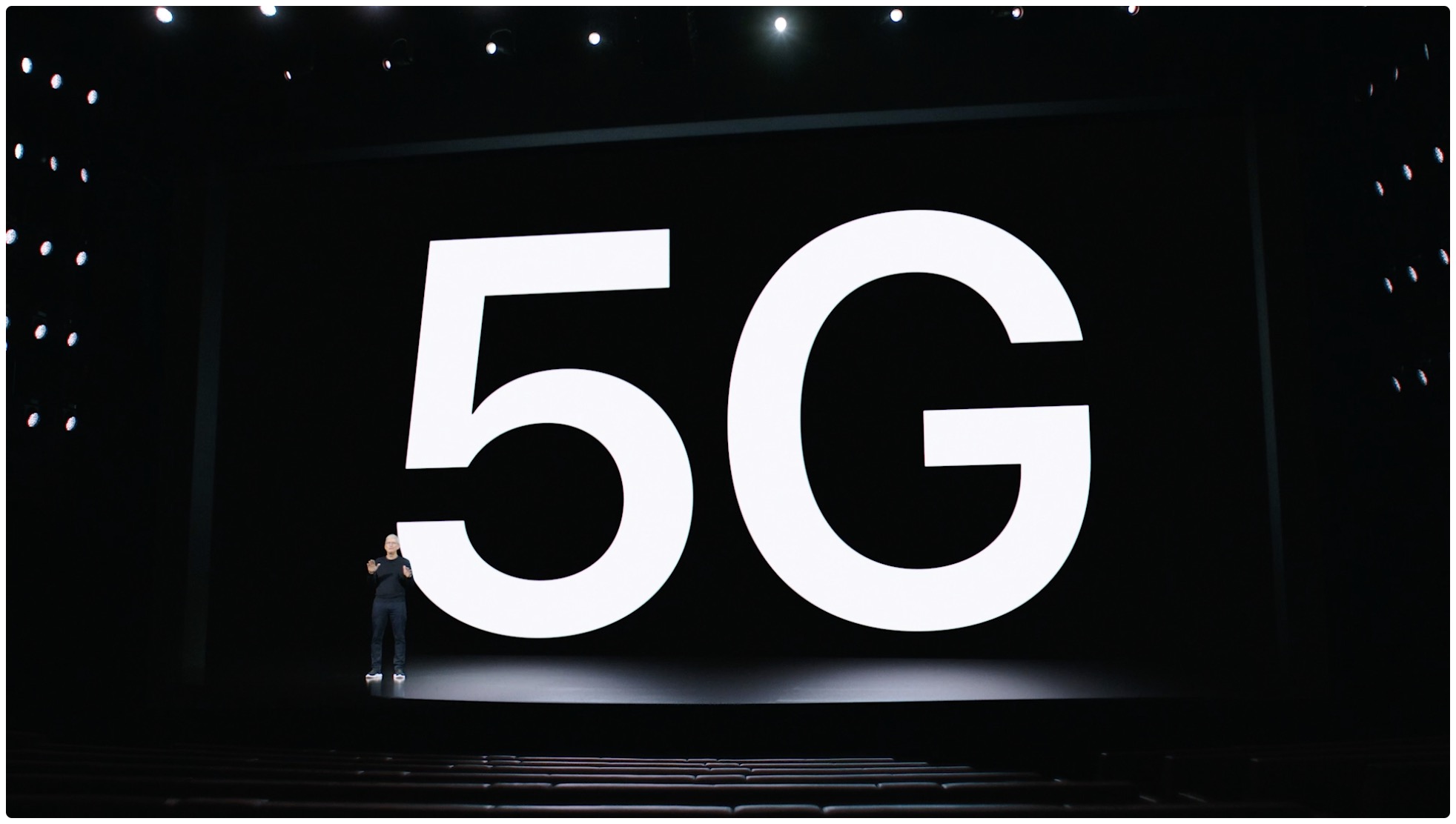 Apple says the iPhone 12 has the most 5G bands on any smartphone. US models support millimeter wave, the higher frequency version of 5G technology, allowing the handset to reach speeds of up to 4Gbps—even in densely populated areas. Even the most basic form of 5G offers speeds that will allow for faster downloads and uploads, higher quality video streaming, more responsive gaming, HD FaceTime calls and more. There’s also a new ‘Smart Data’ mode, which extends battery life by intelligently switching between LTE and 5G depending on your current speed and power needs. 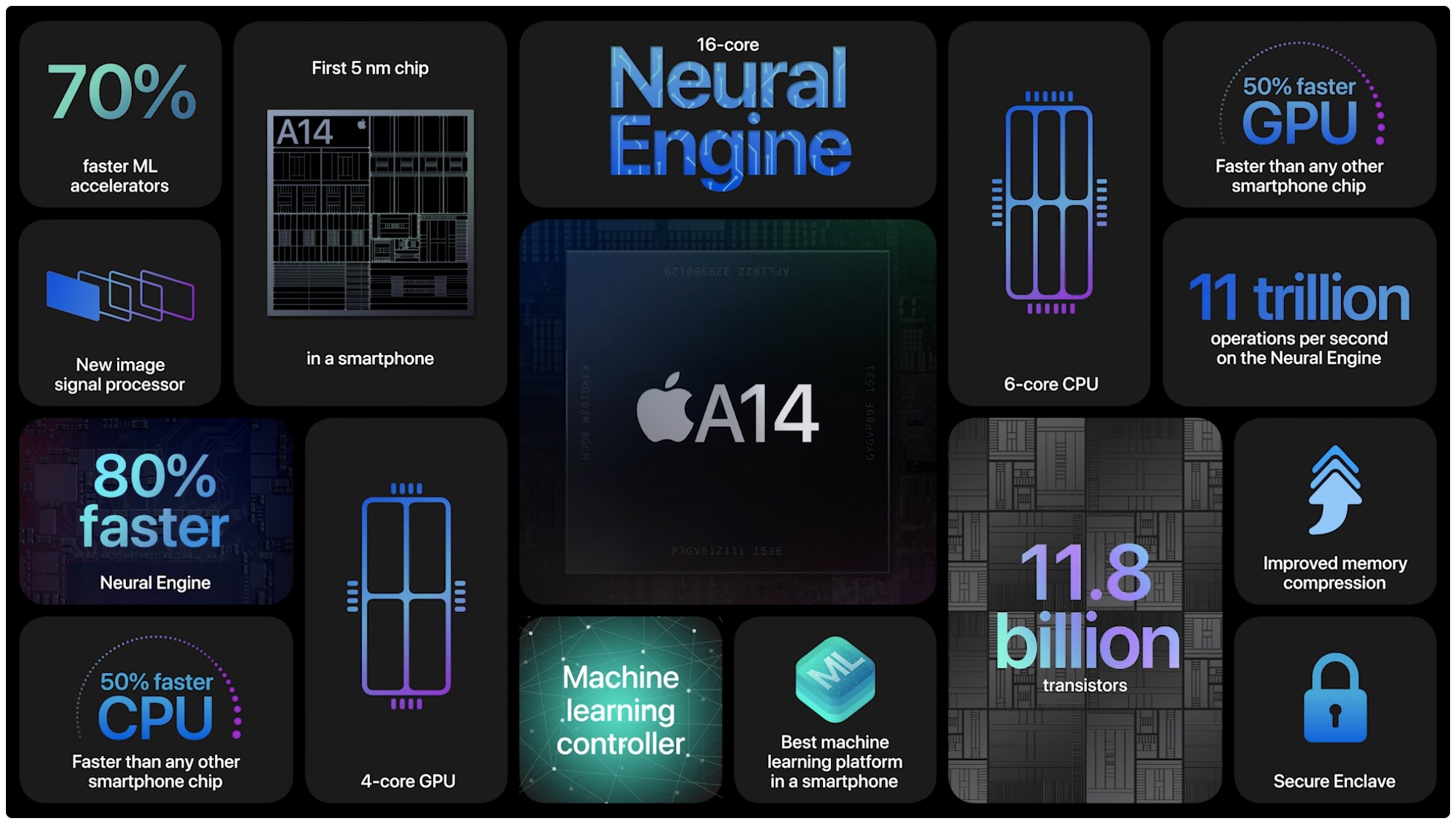 New for the iPhone 12 is the A14 Bionic, which is the first ever smartphone chip built on 5-nanometer process. It has a 4-core GPU and 6-core CPU, and Apple says it’s the fastest combo on the market by up to 50%. This allows for console-quality gaming experiences, powerful computational photography, and more, all while keeping tremendous battery life. The A14 also has a 16-core Neural Engine that is 80% faster than its predecessor, capable of completing 11 trillion operations per seconds. This is particularly helpful for ML (machine learning) and should come in handy for AR (augmented reality) applications. 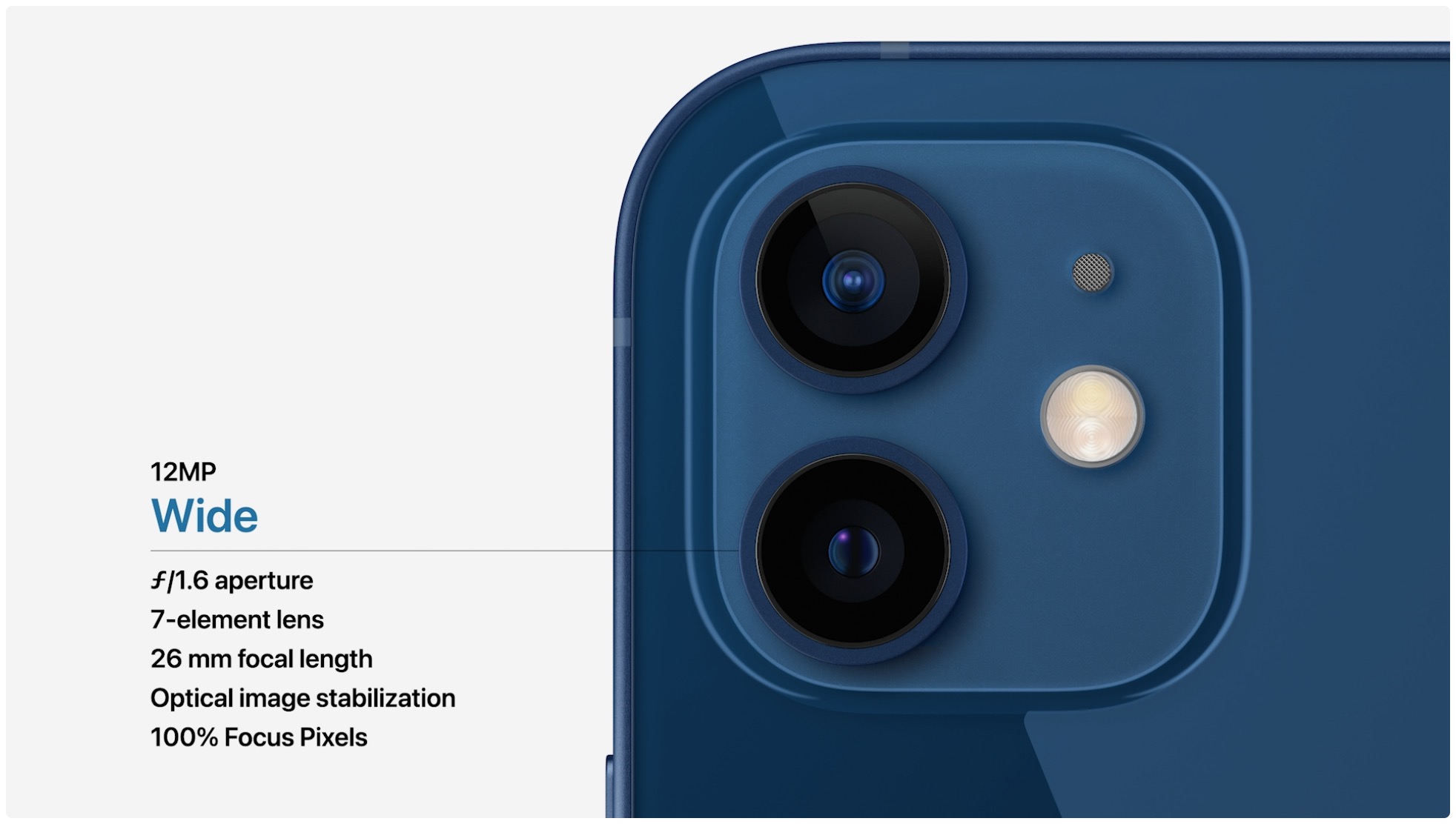 On the back of the iPhone 12 we have a new advanced dual-camera system. It features the Ultra Wide camera and new Wide camera lens with an f/1.5 aperture. That’s the fastest yet on an iPhone, and it provides 27% more light for improved low-light photos and videos. All cameras now include Night mode and faster-performing Deep Fusion, which means you should see improved photos in almost any environment. Rounding the new features out here is Smart HDR 3, which uses ML to intelligently adjust the white balance, contrast, texture and saturation of a photo for natural-looking images. As for video, you can shoot in HDR with Dolby Vision—another first for a smartphone. 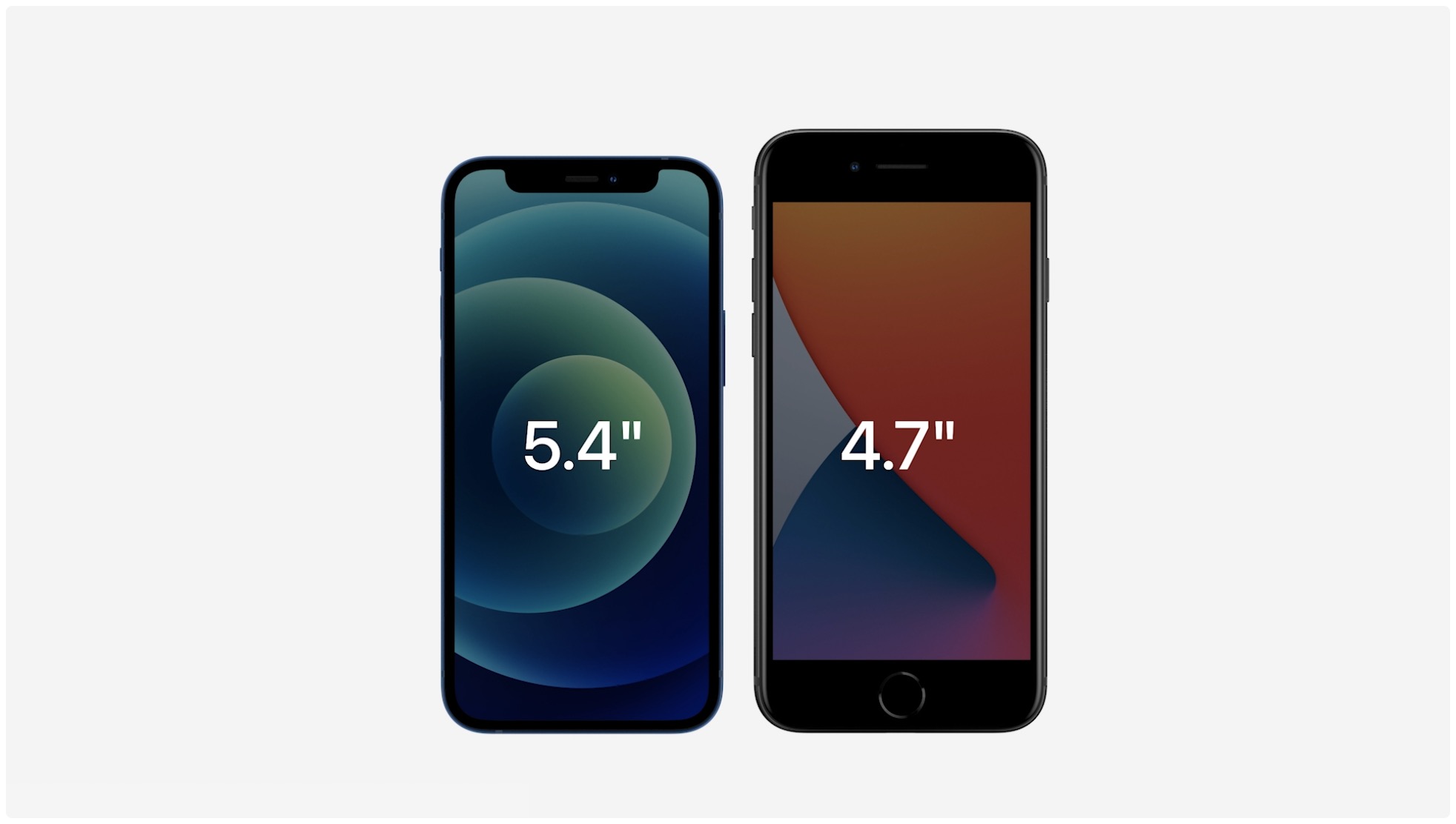 The iPhone 12 mini is essentially just the iPhone 12, in a smaller package. It has the same A14 Bionic chip, advanced dual-camera system, and of course the new MagSafe charging and accessory system. It’s the ‘lightest and smallest’ 5G smartphone in the world, according to Apple, and it packs a 5.4-inch display in a smaller footprint than the iPhone SE 2. Should you desire the smaller screen size, the mini does start at $100 cheaper than the iPhone 12.

Battery life is going to differ a bit between the iPhone 12 mini and the standard model. The mini offers up to 15 hours of video playback, 10 hours of streaming video playback and 50 hours of audio playback. The iPhone 12 bumps things up a bit with 17 hours video playback, 11 hours streamed, and 65 hours audio playback. Both devices use built-in lithium-ion batteries that are capable of fast charging: 50% charge in 30 minutes with 2ow or higher adapter. They are Qi compatible up to 7.5W and support Apple’s just-announced MagSafe wireless charging. 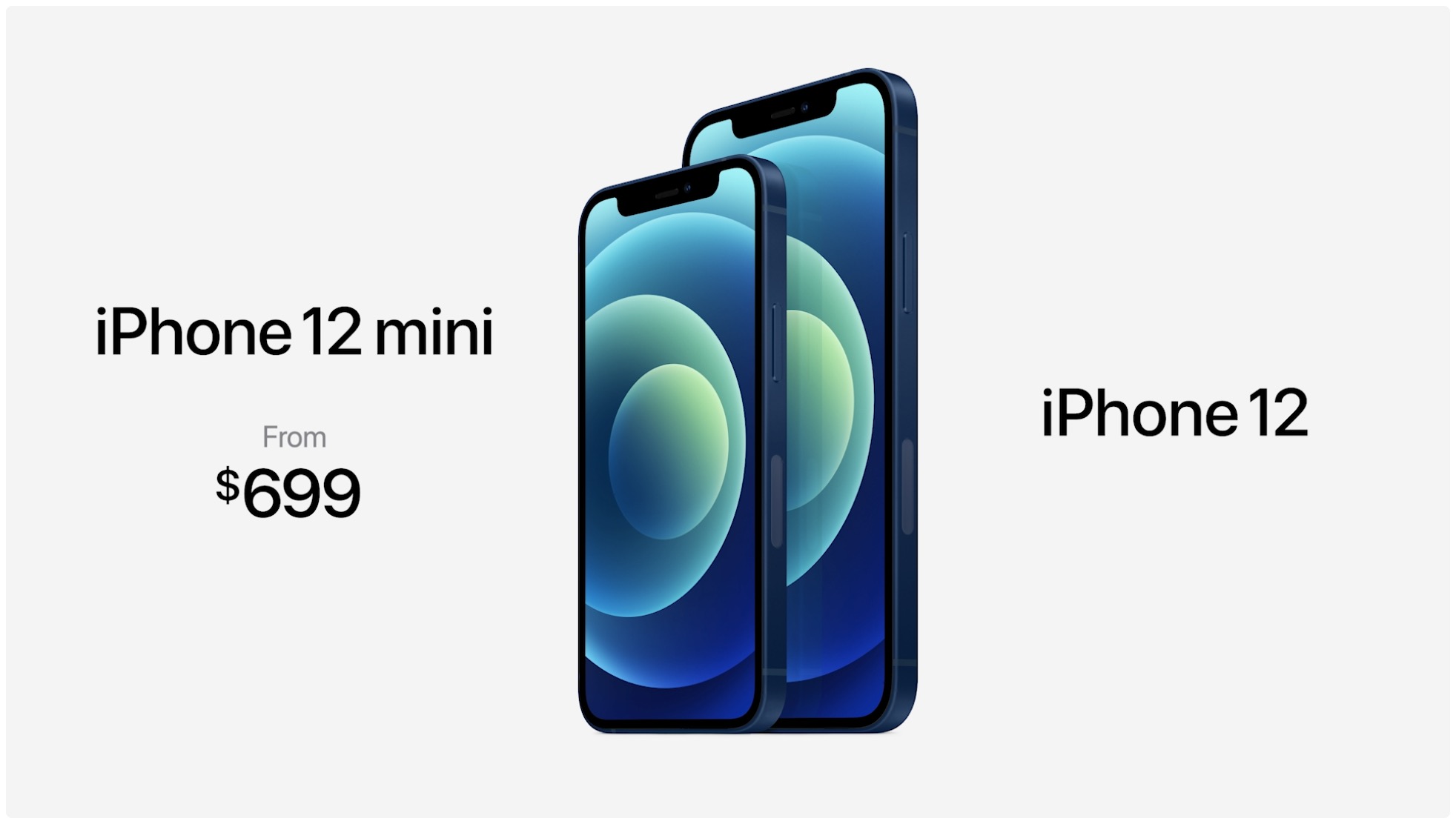