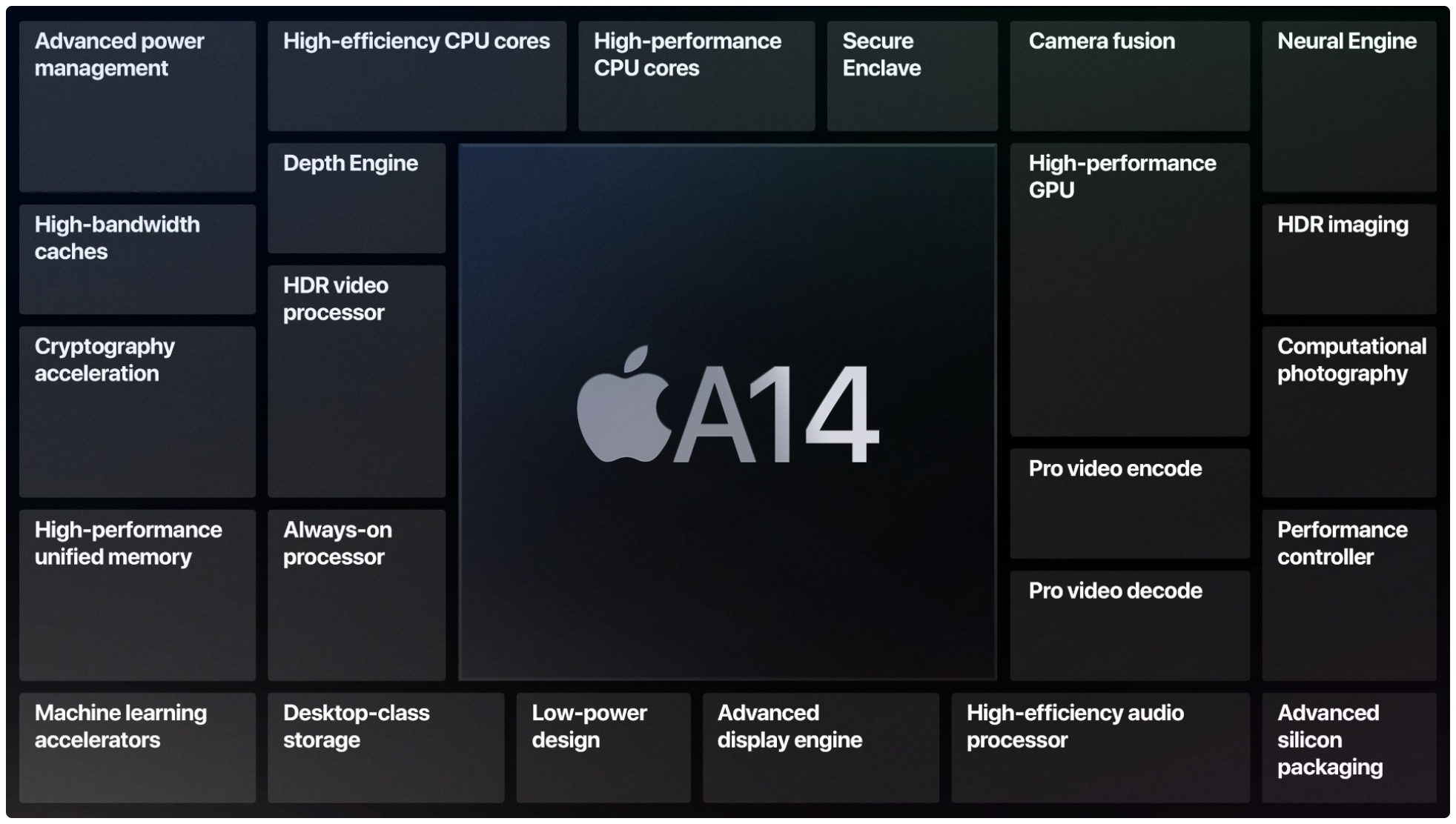 But, the iPhone 12 is going to be unveiled tomorrow (probably) at the company’s “Hi, Speed” event. Ahead of that, Tim Millet, Apple’s Vice President of Architecture, and Tom Boger, Senior Director of Mac and iPad products, chatted with Engadget to talk about the new processor. Millet recently spoke with Stern about the A14 Bionic, and many of the talking points are similar here. But there are some noteworthy elements to the latest interview, too.

The interview deals with the manufacturing processor for the brand new A14 Bionic, which is based on the 5nm process. This design is complex by default, but it also makes it possible for Apple to tap into additional capabilities. For instance, the new processor is equipped with over 11 billion transistors, 6-core CPU, and the Neural Engine now features a 16-core engine.

Basically, performance has been ramped up quite a bit. The new Neural Engine can perform up to 11 trillion operations per second. And for those keeping track, that’s nearly double the operations the Neural Engine in the A13 processor could handle.

The interview notes that when Apple develops a processor, it isn’t just about a single product, but rather about the entire product lineup:

We spend a lot of time working with the product teams and software teams, and the architecture group really does sit in the center of that,” said Millet. In building a product, Apple has to wrangle a laundry list of important components, from the CPU and GPU to cameras and display modules and a bevy of sensors. Connecting all of them in ways that work well falls to Millet’s team, and one of their biggest priorities is making sure the chip-level architecture that weaves them all together is parameterized — that is, scalable for use in different kinds of devices.

“Ultimately, we want to make sure that when we build a CPU for one generation, we’re not building it necessarily only for one.

It’s absolutely worth a read if you’ve got some time today, especially ahead of not only the new iPhone lineup’s debut this week, but with Apple Silicon Macs on the way, too.

Apple is just showing off with the A-series processors at this point, right?