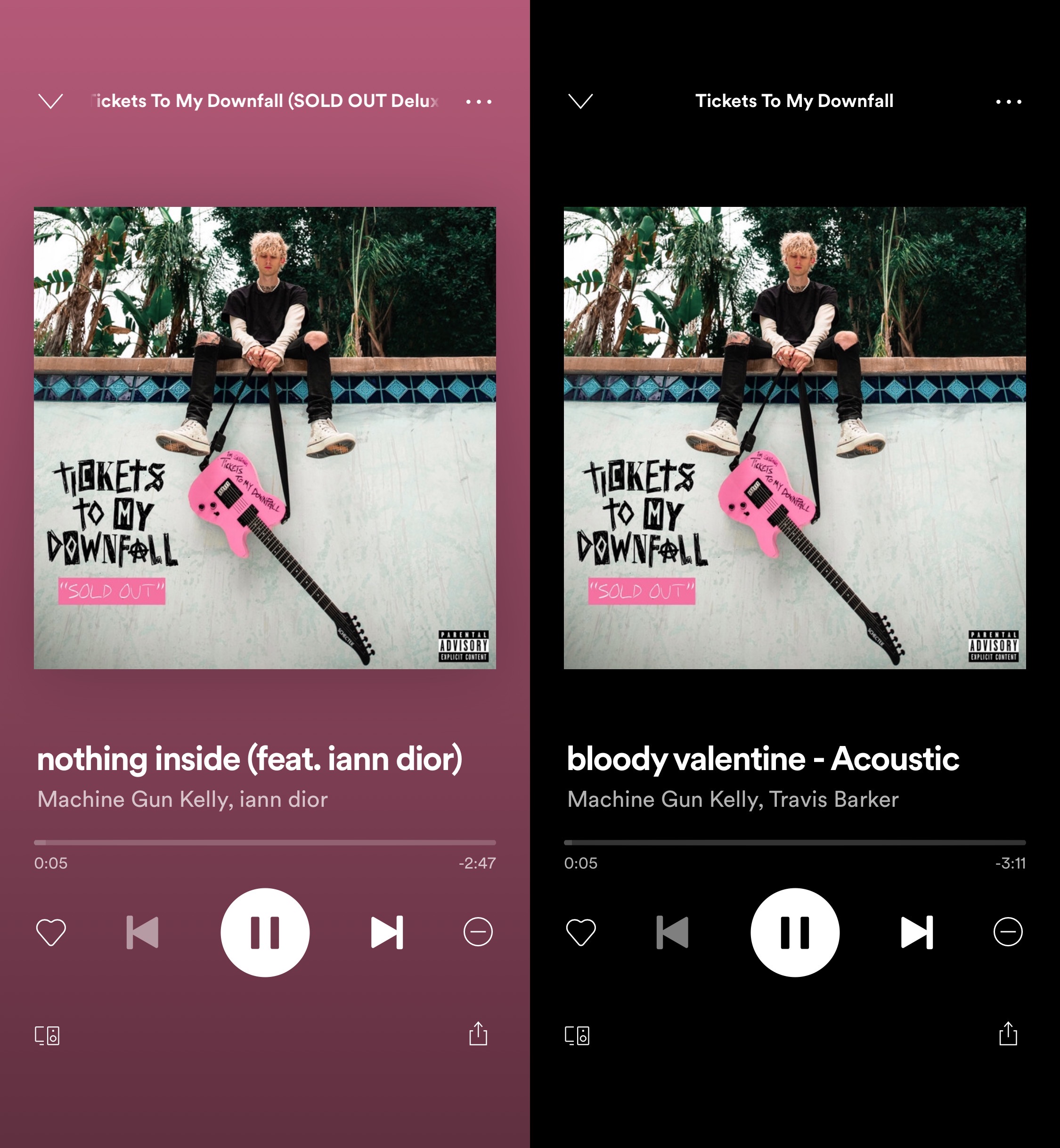 The Spotify Music app is one of the best alternatives to Apple Music in terms of online music streaming for the iPhone or iPad, and while the application itself already sports a somewhat ‘dark’ aesthetic, there are certainly some areas where it could do with improvement for those who like using dark mode or who use an OLED display-equipped handset.

Blackout is a newly released and free jailbreak tweak by iOS developer atebitsy that brings improved dark mode and OLED display support to the Spotify Music app, and it does so by providing users with an always-blacked out Now Playing interface background, as depicted by the before and after screenshot examples above.

As you might’ve noticed, Blackout doesn’t impact the album artwork in the interface, but rather the background that it sits on top of. By doing this, the Spotify Music app looks better and drains less battery on OLED display-equipped handsets, but more importantly, respects the dark mode look and feel that many iPhone and iPad users may come to expect from an app on their device.

Once installed, Blackout doesn’t add any additional options to the Settings app, but it does add a new setting to the Playback preference pane in the Spotify Music application dubbed Blackout that can be turned on or off on demand to suit the user’s needs: 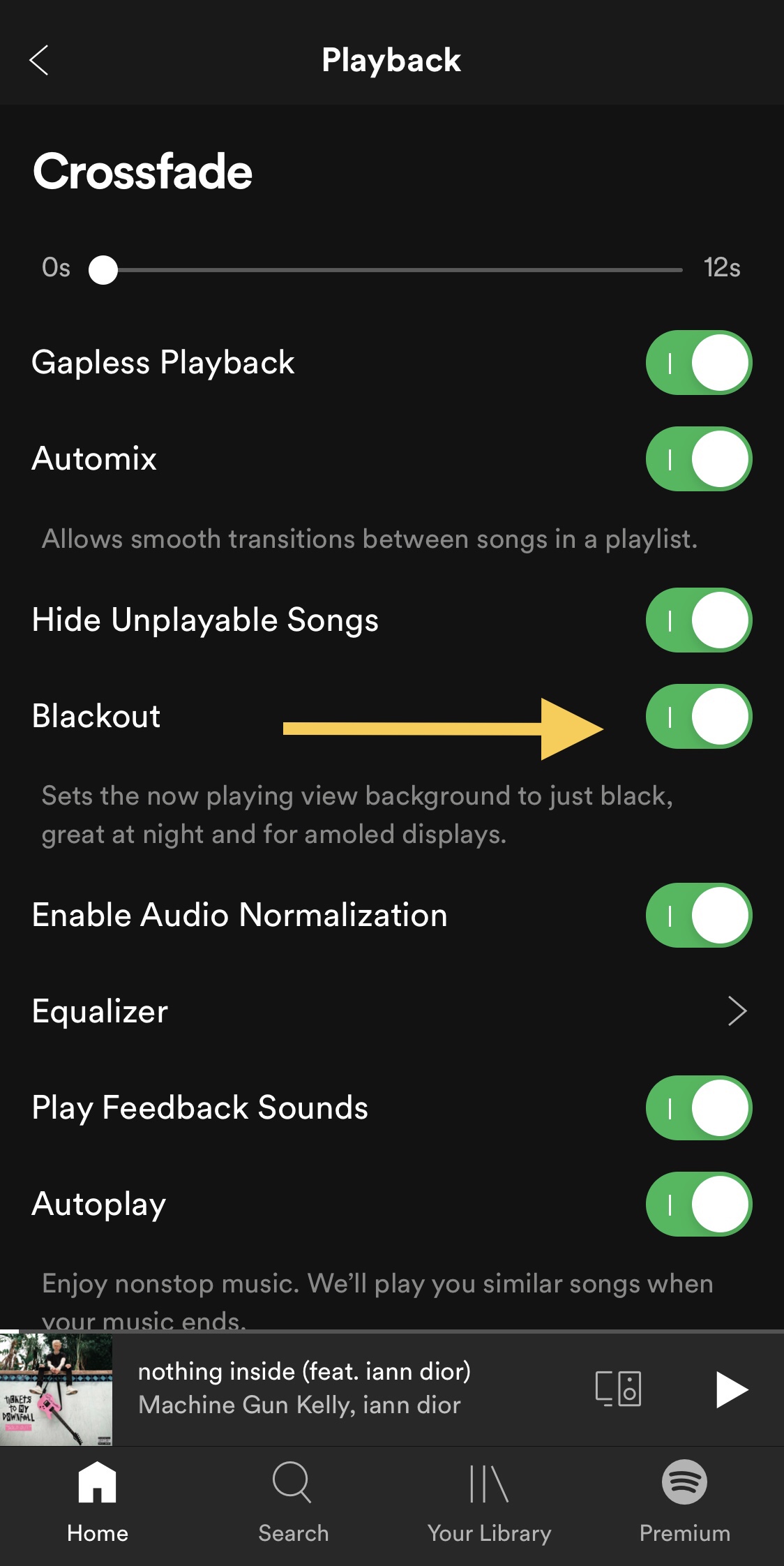 If you’re interested in giving Blackout a try, then you may download the tweak for free from atebitsy’s repository via your favorite package manager. The tweak supports jailbroken devices with the Spotify Music app installed on them. Please note that Blackout is not meant for any other music app besides Spotify.

If you’re not already using atebitsy’s repository, then you can add it to your preferred package manager with the following URL:

Do you have any plans to give Blackout a try? Let us know why or why not in the comments section below.