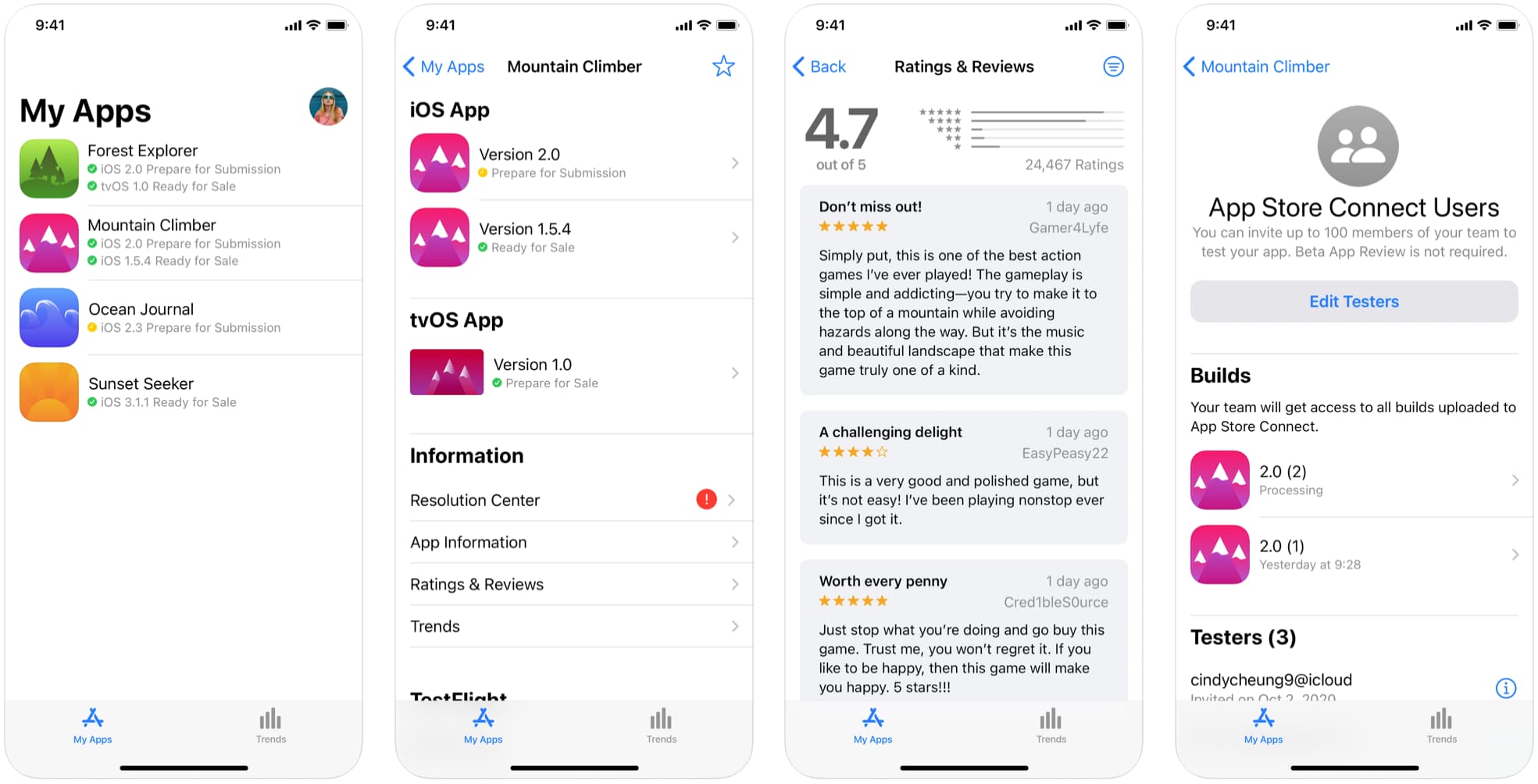 App Store Connect is designed specifically for app developers to help them manage their iOS apps. And now Apple has updated the app with a few more features and a fresh new look.

A new look for the app icon, at least. It’s a subtle change, keeping the overall design, but it’s a bit more detailed than the original app icon. It certainly pops. The core features of the app and service are still present, though, including the ability to monitor information related to apps, data on app sales, and more.

With the update to version 1.5, which Apple released today, App Store Connect also lets developers set up internal TestFlight beta testing. Developers can also now add up to 100 members of a team to beta test apps.

Here’s the official changelog for the update:

With this update, you can now:

Developers can get the latest version of App Store Connect right now for free.