Google hosted its own fall event today, unveiling a slate of new products. The company moved at a quick pace, but if you’re a fan of Google’s ecosystem, there’s new products here you might enjoy.

So let’s get to it. Here’s what Google announced today. 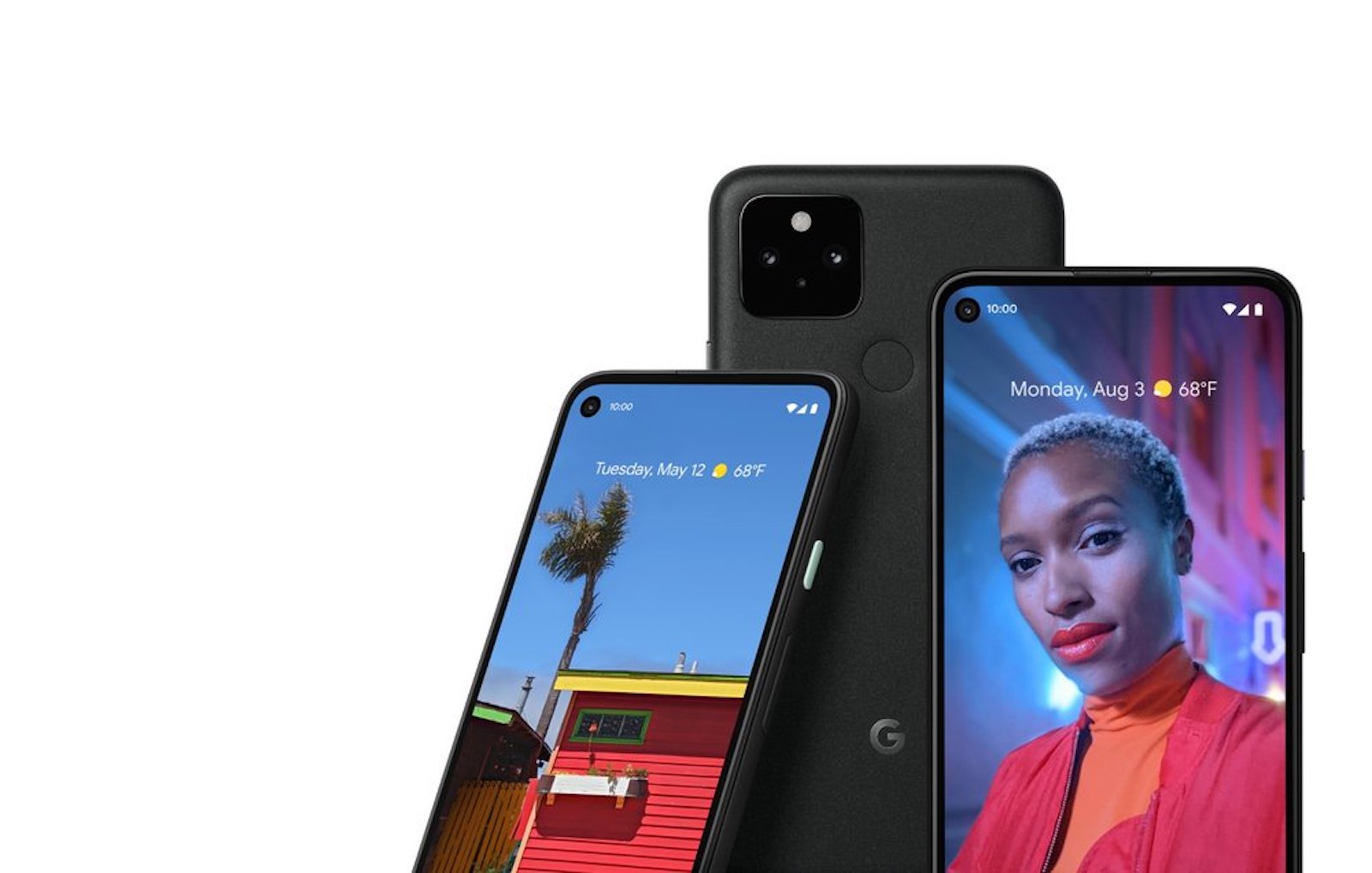 The Pixel 5 and Pixel 4a 5G share some similarities, but some key differences. And, what’s more, the Pixel 4a 5G differentiates itself quite a bit from its smaller variant, the Pixel 4a which Google announced earlier this year. Both handsets are designed to save the future owner on price, but doesn’t scale back too much on features. Still, while the Pixel 5 is Google’s newest flagship smartphone, the handset is not as high-end as the competition anymore.

But, let’s dig into the details.

Under the hood, the Pixel 5 features a Qualcomm Snapdragon 765G processor, 8GB of RAM, and 128GB of built-in storage. The battery measures in at 4080mAh, and it has stereo speakers.

Next up, the cameras. Around back there are two shooters. The primary camera is the 12.2MP dual-pixel option, with an f/1.7 aperture, 77-degree field of view, and autofocus with dual pixel phase detection. It also offers optical and electronic image stabilization. The secondary camera is a 16MP ultrawide shooter with an f/2.2 aperture, and a 107-degree field of view.

The Pixel 5 supports fast wireless charging, a USB-C port for wired charging, and also offers reverse wireless charging. It comes in Just Black and Sorta Sage color options, and it’s available to pre-order beginning today. This handset features some additional features that make it a bit more high-end than the Pixel 4a 5G, including water resistance. However, it doesn’t offer a 3.5mm headphone jack like the Pixel 4a 5G.

It runs Android 11 out of the box, and Google is promising at least three years of software and security updates after launch.

Finally, the Pixel 5 costs $699, or $29.12 per month for 24 months if if you pick it up from Google with financing. It works with Verizon’s ultrawideband 5G network, Google Fi, and the unlocked model is compatible with all major wireless networks in the United States.

Next, the larger of the two new handsets. The Pixel 4a 5G actually shares a lot more similarities, at least as far as important features are concerned, with the Pixel 5 rather than the Pixel 4a.

Meanwhile, the Pixel 4a 5G also features a Qualcomm Snapdragon 765G processor, 6GB of RAM, and 128GB of built-in storage. It doesn’t support wireless charging and the handset is not water resistant. The Pixel 4a 5G has the same camera setup as the Pixel 5.

It has a USB-C port for wired charging. It’s running Android 11 out of the box and promises the same software and security updates as the Pixel 5.

The Pixel 4a 5G comes in Just Black and Clearly White color options. It has a waitlist right now if you want to sign up for that. When it launches, it will retail for $499 or $20.79 per month for 24 months. 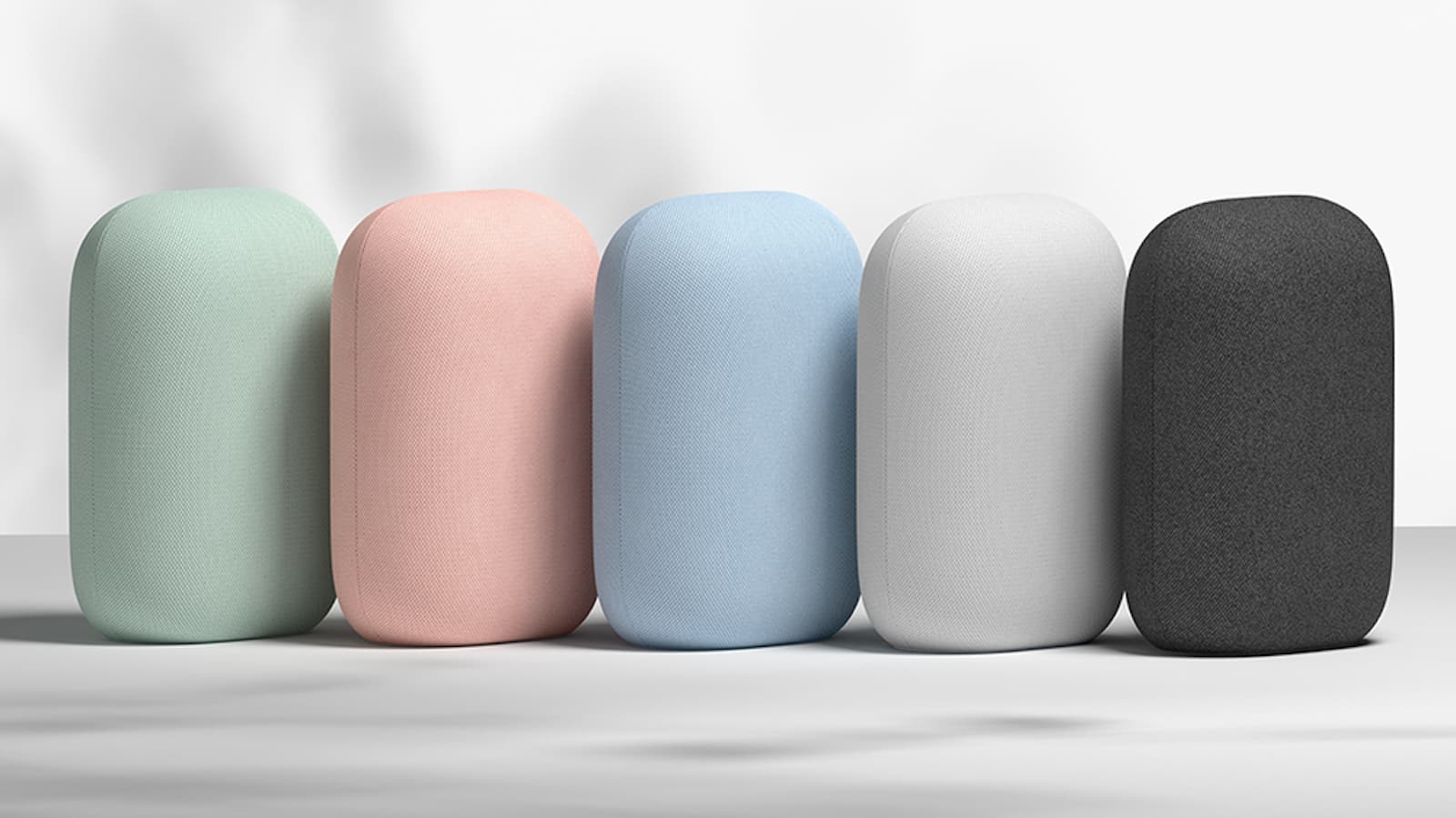 According to Google, the new Nest Audio smart speaker is “made for music”. It’s designed with a fabric top, and it comes in a range of colors. But, more than that, it’s designed to offer up a superior sound profile no matter what type of audio content you’re listening to.

The Nest Audio is vastly improved in the audio quality category compared to the original Google Home smart speaker. The company says that, in comparison, the Nest Audio is 75 percent louder and offers 50 percent stronger bass. It’s equipped with a 19mm tweeter to cover the higher frequencies, and a 75mm mid-woofer.

With the Media EQ feature, the Nest Audio will automatically adapt to whichever room the future owner places the smart speaker in. Once adapted, the speaker will tune itself to offer up the best audio quality for that particular room. A feature similar to what Apple’s own smart speaker, the HomePod, offers.

Google also made improvements to the Google Assistant experience, making it even faster to launch the assistant from the Nest Audio. 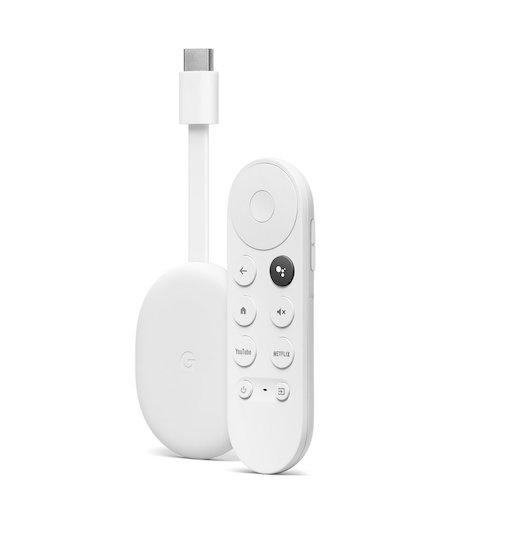 Google is ready to take on Apple in a more direct way when it comes to TV. Not that Google didn’t give it a try with Android TV, of course. But with the brand new Google TV, the experience is very similar to what Apple offers with the Apple TV app and Apple TV Channels.

The new Chromecast, pictured above, has a new highlight feature: a remote. As you can see, the new remote is pretty small, but Google says it’s comfortable in the hand. There are several hardware buttons on the accessory, including a way to go back, mute audio, return to the home screen, and power down. There is also a dedicated button to launch Google Assistant, and the remote supports voice controls. There are also dedicated buttons to quickly launch Netflix and YouTube.

You can buy the new Chromecast beginning today. It retails for $49.99 and it’s available in three colors: Snow, Sand, and Sky.

This is Google taking on Apple in the TV space pretty directly. The Google TV is meant to be a new entertainment experience, letting users quickly find what they want to watch. The new Google TV experience is baked into YouTube TV, too, so live TV coverage is also available as a built-in feature. This makes it easy to switch between content from the likes of HBO Max (which Google showed off a lot) and a live sports event.

Google TV supports showing content from Google Assistant as well, including able to show the weather, sports scores, and more. Users can even show content from their smart doorbells and security cameras as well. With “Ambient Mode”, the Google TV experience will automatically show photos from the user’s Google Photos account.

The new Google TV experience is available beginning today for anyone who buys the new Chromecast.