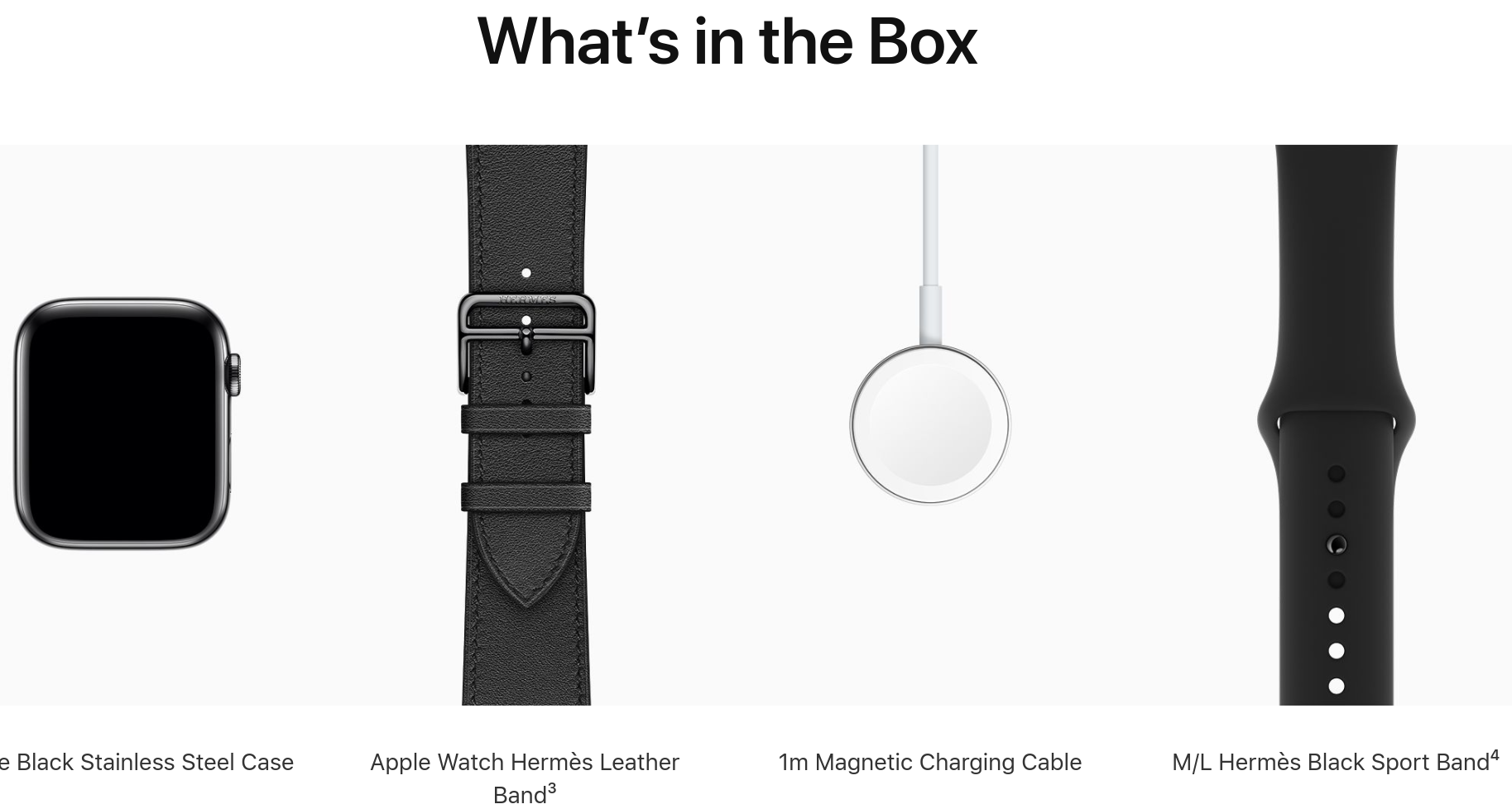 Apple recently updated product pages for both the Apple Watch Edition and Hermès to indicate that the models no longer ship with the included five-watt power adapter.

Apple’s product listings for these products now include the same message that accompanies other new watches. “As part of our effort to meet our environmental goals, Apple Watch does not include a power adapter,” reads Apple’s notice. “Please use your existing power adapter or add a new one before you check out.”

Apple presumably continued to include the power adapter with these Apple Watches because they are high-end models with prices ranging from $799 to $1499. Apple’s page has not been archived so it is not possible to pinpoint exactly when the change took place, but it seems to have occurred within the past couple of days.

Slowly but surely, the industry has been moving away from bundling chargers because many users have a bunch of chargers collecting dust in their drawers. The next iPhone, for example, is said to be the first iPhone to ship without a power adapter in the box (it’s also said to arrive without Apple’s wired EarPods earphones).

Indeed, iPhone 12 buyers may be surprised to find a thin box with their iPhone inside, a new Lightning-to-USB-C braided cable and nothing else. Some phone vendors are already omitting chargers from their boxes so this will be another inevitable move – albeit far less controversial than was removing the headphone jack.

And even though it’s way overdue, this is a change for the better. Now, there will always be some people who will be whining that these powerful corporations are taking advantage of us. But seriously, how many phone chargers does one need?