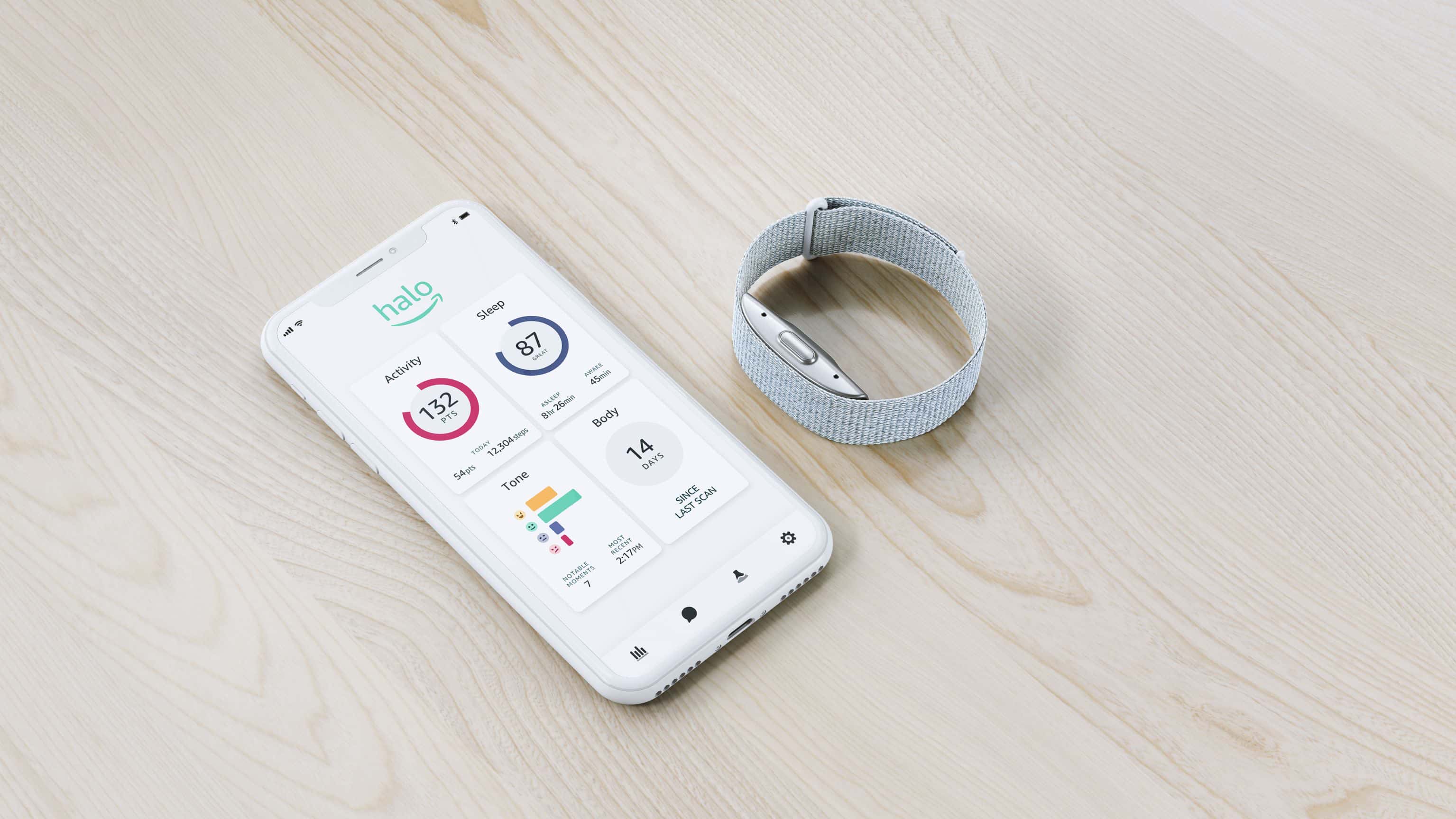 If you are in the market for a new fitness band, Amazon has just announced a new option.

As reported today by The Verge, Amazon has just unveiled the new Halo health and fitness band. It comes packed with a variety of features despite its small size. It’s a simple enough design with a single strap and a sensor module that presses against the top of the wearer’s wrist. That sensor includes a heart rate monitor, a pair of microphones, an LED indicator light, and an accelerometer. There is also a button that will turn the microphone on or off.

As far as design, it’s very straightforward and the bands are easily swappable. The module itself is water resistant up to 5ATM, so you can take it swimming. Amazon says the battery will last a full week on a single charge. Amazon confirms the device is compatible with both iOS and Android, but it won’t sync with Apple’s Health app or other third-party alternatives.

There is no display on the Amazon Halo. Users won’t be able to check the time, see their steps, or any other information from the wearable itself. Instead, that information is accessible only through the app itself. The wearable also doesn’t feature any kind of connectivity, so don’t expect Wi-Fi or cellular. There’s no GPS support, either.

Amazon didn’t even include Alexa on this wearable.

There are features baked in that will make the Halo worthwhile to some folks, though. For instance, thanks to the app, Halo owners can use the camera on their phone to scan their body. These fully-3D scans can determine body fat percentages. Amazon says the Halo can also listen to the sound of the wearer’s voice and detect stress levels, too. 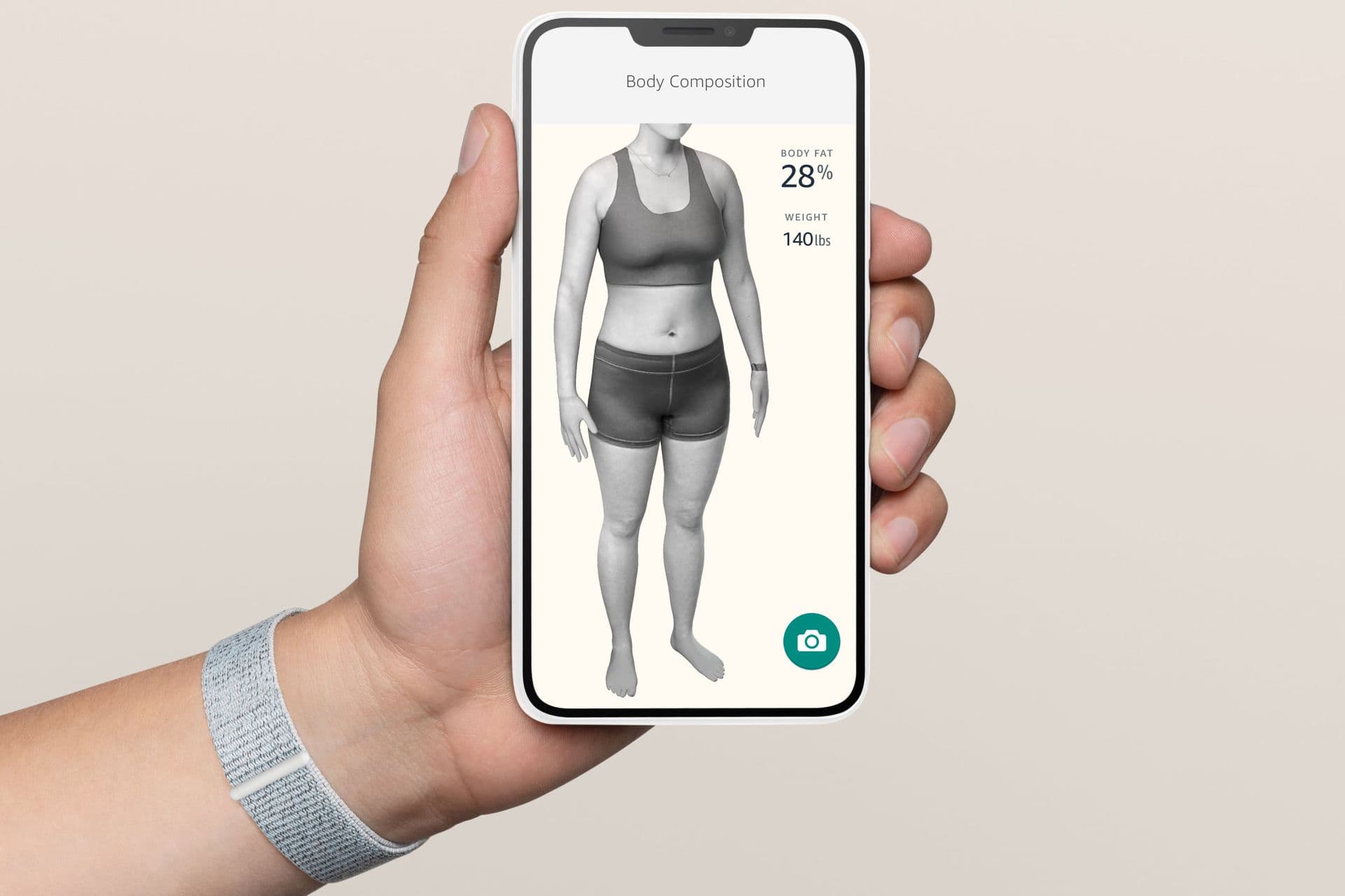 Digging into that last one a bit, the Halo will listen to a user’s voice throughout the day. The app will then measure a variety of factors, including pitch, intensity, tempo, and rhythm. The app will then catalog “notable moments”, which will mark the time of day so the user can look back at moments throughout the day. As mentioned above, there is a button to mute the microphone, though. So if you don’t want the app to measure your intensity or stress levels, you can do that.

The wearable tracks steps and cardiovascular health, and can track sleep as well. However, when it comes to cardio data, this is tracked on weekly basis, not daily. The Halo wearable will automatically detect when you start a walk or run workout, but other workouts will need to be manually started.

One more thing to note: Amazon has confirmed that it has not submitted the Halo fitness tracker to the Federal Drug Administration (FDA) for any type of approval. 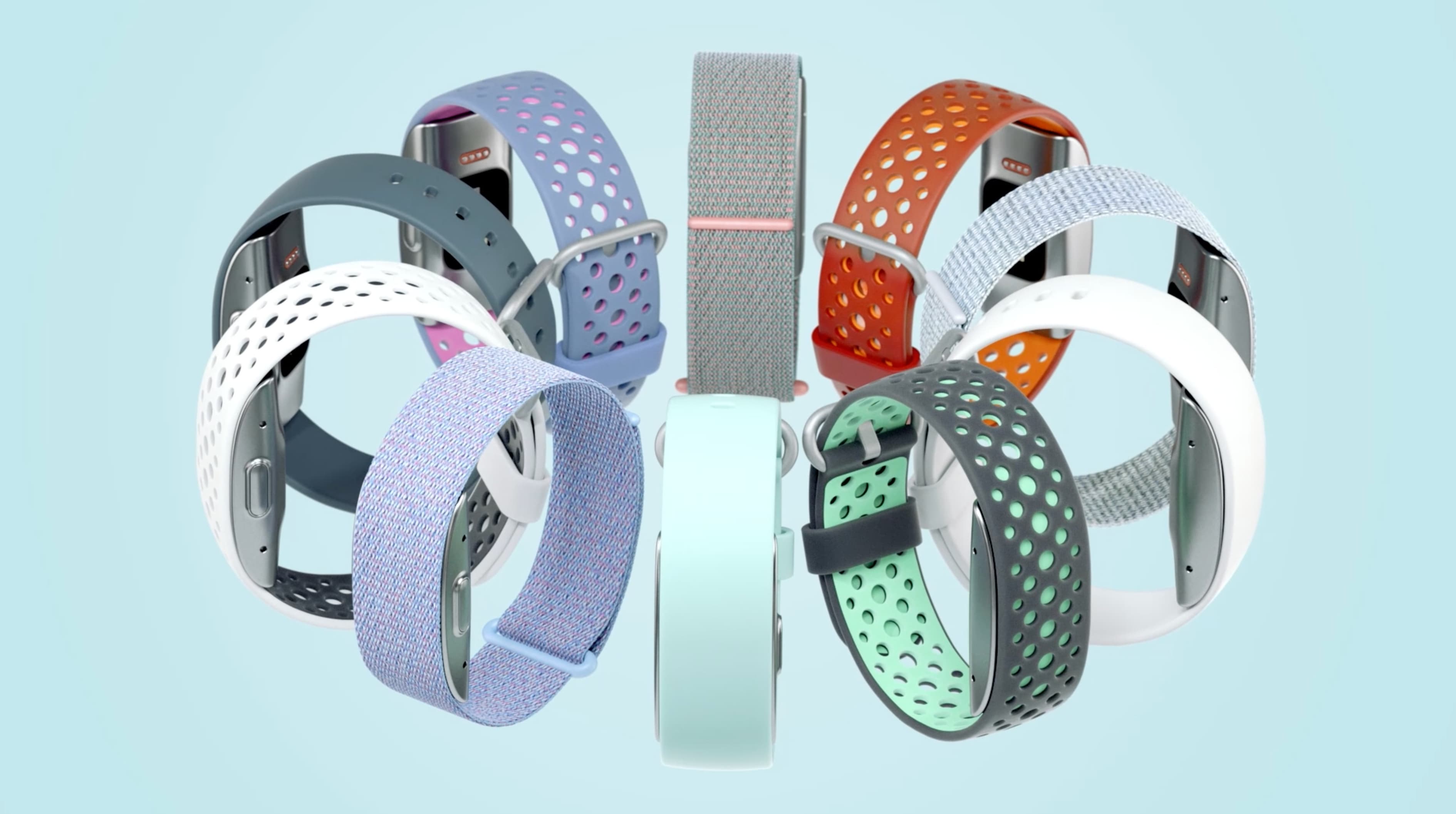 This is a more general purpose health and fitness wearable. It’s priced at $99.99 to start. However, one important element to all of this is an additional subscription service. That’s the only way to unlock the more advanced features for the wearable, and it’s a separate subscription from Amazon Prime. These will also unlock “labs” developed by Amazon partners, all of which will aim to add even more health benefits to owners. That subscription costs $3.99 per month.

The Amazon Halo health and fitness tracker goes on sale today as part of an invite-only trial run. If you get invited, you can get the health tracker for just $64.99.

Who plans on picking up a Halo over an Apple Watch?