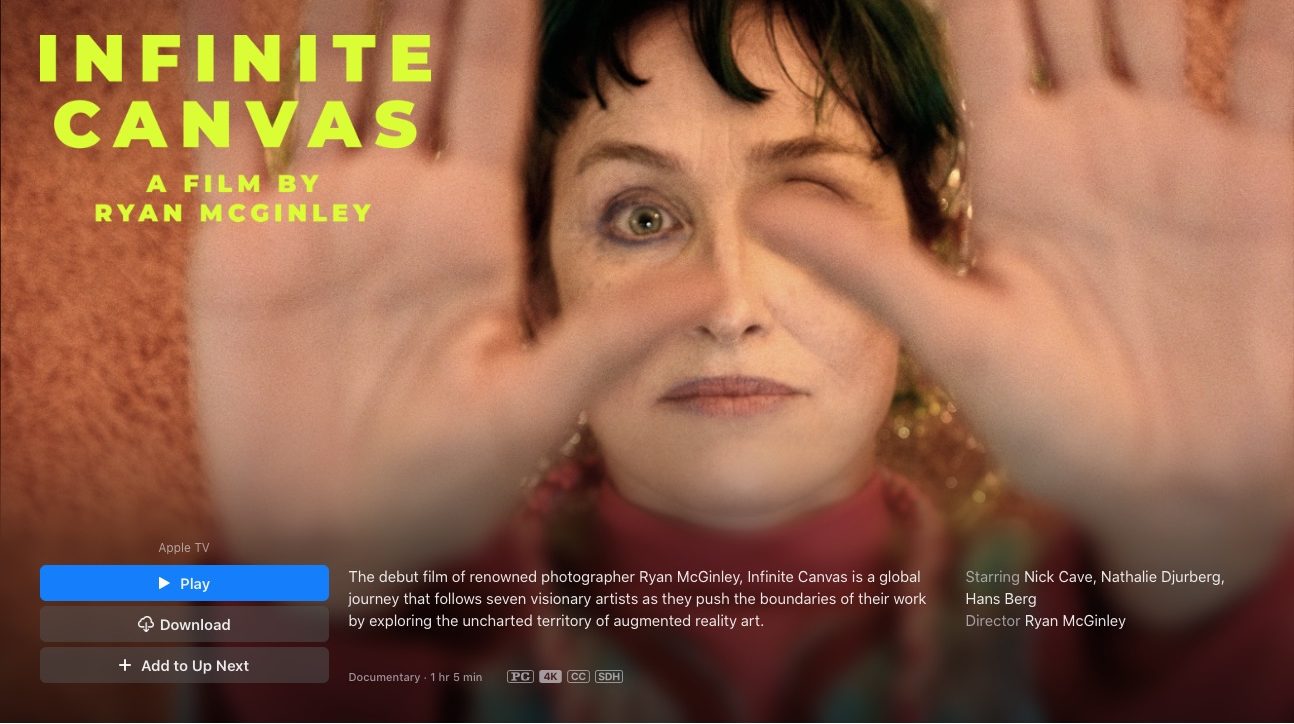 Apple last fall began hosting art-based augmented reality experiences in its retail stores as part of its Today at Apple offering, with augmented reality art walks launching in several major cities in the United States. And now, there’s a documentary about this interesting project.

Billed as a global journey that follows seven visionary artists as they “push the boundaries of their work by exploring the uncharted territory of augmented reality art,” the documentary marks the debut film of renowned photographer Ryan McGinley, who in 2018 traveled around the world to document how artists were discovering augmented reality for the first time.

The power of AR meets the creativity of the mind. We’re excited to announce [AR]T — a peek into the imaginations of seven contemporary art visionaries. Coming to #TodayAtApple beginning August 10. https://t.co/pTtYjx6LOy pic.twitter.com/uf7MuEZPmG

After partnering with New York’s New Museum and Today at Apple, the project became a series of augmented reality interactive installation viewable in every Apple’s stores globally. In-store session teaching the basics of creating augmented reality with Swift Playgrounds were available as well.

Some of the renewed artists who participated in this project include Nick Cave, Nathalie Djurberg and Hans Berg, Cao Fei, John Giorno, Carsten Höller and Pipilotti Rist.

Running one hour and five minutes long, “Infinite Canvas” is available for free on Apple TV+.