With QuickTake, you can use the Camera app to record videos without switching out of Photo mode. In this tutorial, you’ll learn how to shoot QuickTake video with your iPhone camera, which devices are compatible and how you can adjust the QuickTake setting to your liking.

Table of Contents hide
1) iPhone models that support QuickTake video
2) How to use QuickTake on iPhone
2.1) Hold the shutter to take a video
2.2) Slide to the right to lock recording
2.2.1) Taking a still photo while recording a QuickTake video
2.3) Shooting QuickTake videos with the volume down button
2.4) Disabling automatic frame composition

Although QuickTake was initially limited to the latest iPhone 11 and SE models, Apple brought the feature to older iPhones with iOS 14.

The QuickTake feature in iOS 13 supports these iPhone models:

Follow along with our tutorial embedded right ahead as we explain how to record QuickTake video with your iPhone and adjust the QuickTake settings to your liking.

How to use QuickTake on iPhone

Here’s what you can do with QuickTake, and how to use it:

Hold the shutter to take a video

Your video is saved to the Videos album in Photos. Tap the thumbnail in the bottom-left to view the QuickTake video in the Photos app. QuickTakes are capped to 1080p resolution at 30fps.

Moreover, some features are unavailable in this mode. Aside from the inability to shoot QuickTake videos with customizable resolution, you also cannot capture stereo audio or use audio zoom. In order to do those things, you’ll need to manually switch to Video mode.

Slide to the right to lock recording

If you plan on taking a longer QuickTake video, it may be a good idea to move the Record button into the lock position for hands-free recording.

You can now keep recording your QuickTake without having to hold the Shutter button. 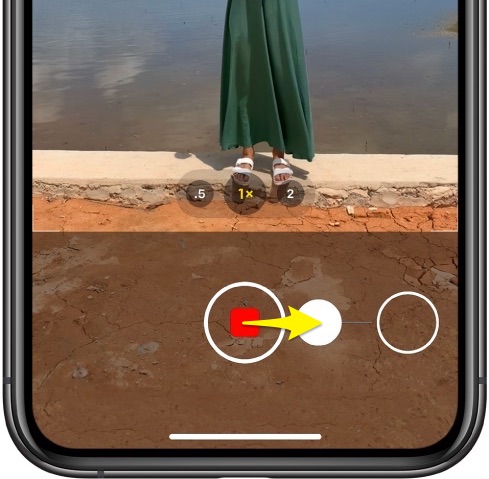 You can also slide the white Shutter button to the left and hold it to take a burst of photos.

Taking a still photo while recording a QuickTake video

You can even take a photograph during a QuickTake recording session.

Keep in mind that this doesn’t work unless you slide to the right to lock recording.

Only then will the Record and Shutter buttons appear below the frame, allowing you to capture a still photograph while recording your QuickTake video.

Shooting QuickTake videos with the volume down button

iOS 14 brought a new option to let iPhone photographers record QuickTake videos with the volume down button, but it’s off by default: 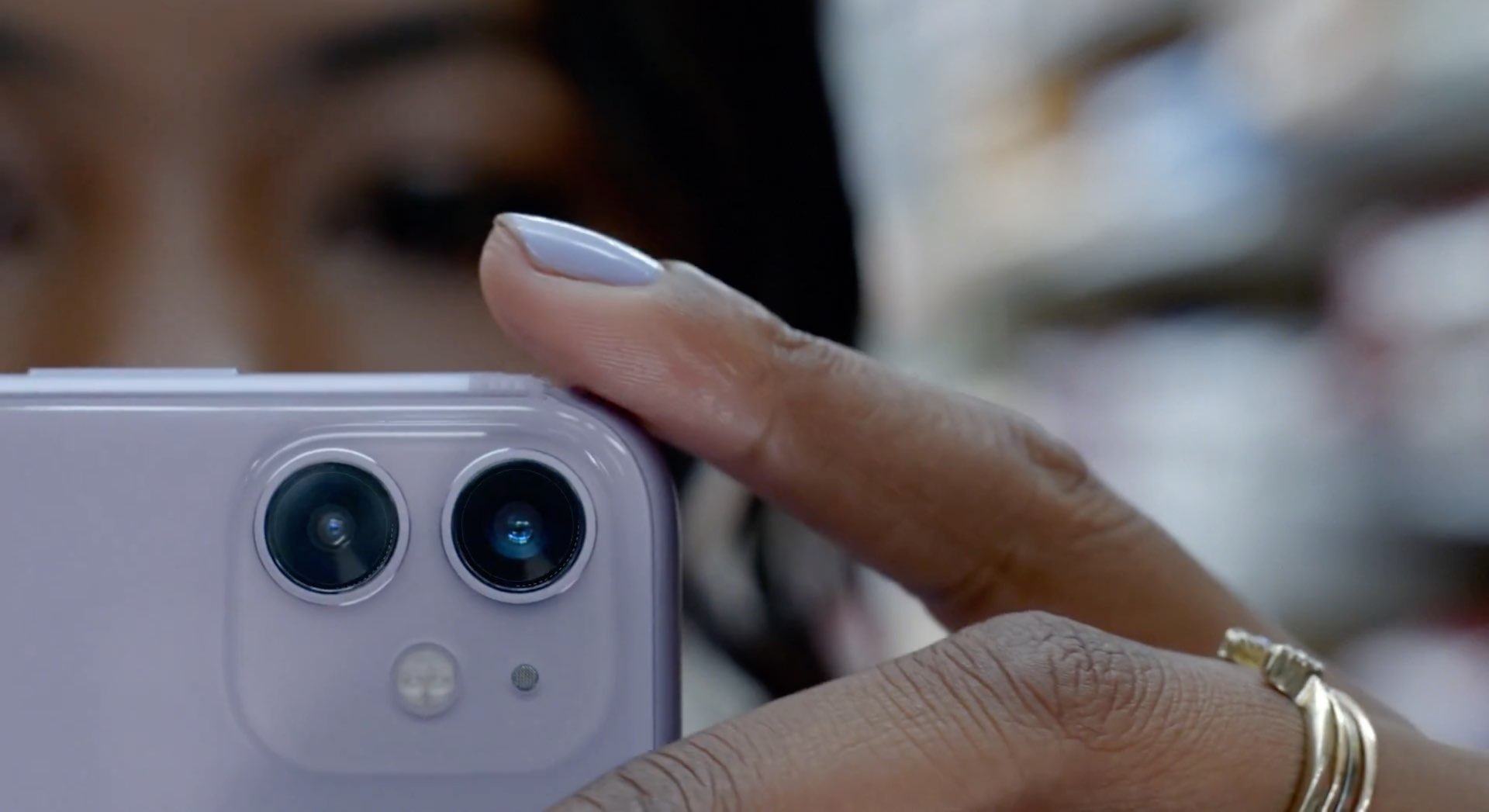 As mentioned, this option is unavailable on iOS 13 and earlier. You also won’t see it on unsupported devices like the iPhone X even if you have iOS 14.

When you record QuickTake videos, the iPhone camera automatically captures content outside the frame. It uses that content to improve the composition of your videos and photos. Moreover, you can take advantage of it to make edits later in the Photos app.

TUTORIAL: How to capture mirrored selfies on iPhone

A blue Auto badge may appear in the top-right corner when recording your QuickTake video on an iPhone 11 or newer. The badge signifies the camera is automatically applying this type of adjustment to improve the composition of your video. Follow these steps to change that and stop your iPhone camera from using out-of-frame content to improve composition:

Wanna stop capturing content outside the frame when shooting QuickTake (or any type of video for that matter)? If so, simply deselect the option Videos Capture Outside the Frame.

Anything captured outside the frame appears when you use the crop, straighten and perspective edit tools in Photos. If you never use this content to make edits in Photos, it’s automatically deleted after 30 days.