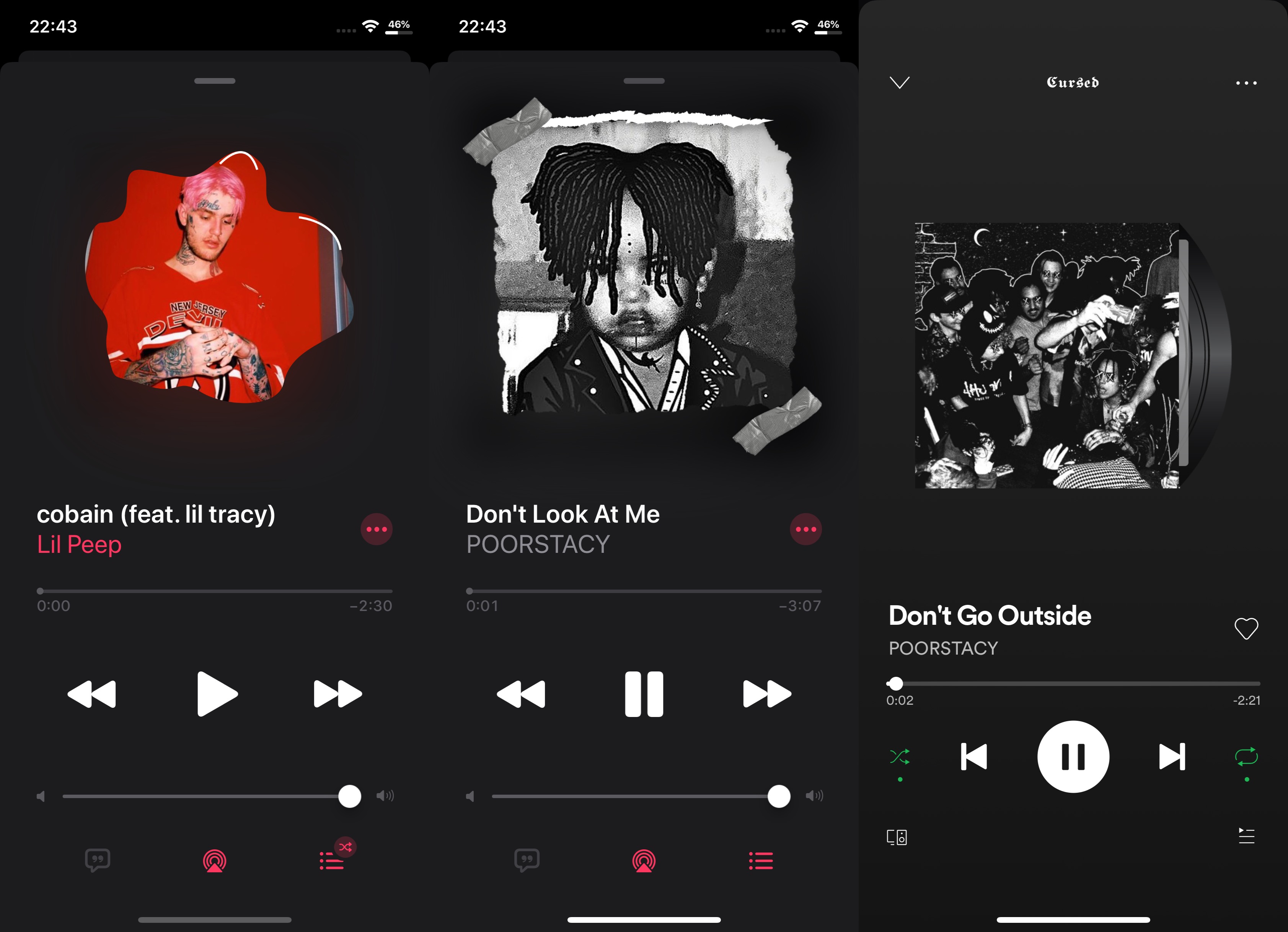 It was only a couple of days ago that we showed you a new jailbreak tweak dubbed N95, which brought a myriad of different masking effects to the album artwork in the Apple Music app and Now Playing widget interfaces found throughout iOS. Since N95 was a paid tweak that offered simple functionality, it may come as no surprise that a team of iOS developers comprised of CaptInc, MegaDev, and Charlie While have just released a free alternative dubbed Hazmat.

As shown in the screenshot examples above, Hazmat works in a similar way to N95 by offering users with various masking effects that can give the Apple Music or Spotify Music app’s Now Playing interface a customized and sleek makeover. Furthermore, as you’re about to witness, the tweak is just as easy to use as N95…

Once installed, Hazmat adds a dedicated preference pane to the Settings app where users can configure a number of options to their liking:

One thing users will notice right off the bat is that Hazmat comes with substantially fewer masking options than N95 does, and this is to be expected since the tweak is free as opposed to paid. On balance, free tweaks generally tend to offer fewer options when compared with paid ones, although it’s worth noting that this isn’t always the case.

On that note, we should also mention that users can add their own masking themes to the tweak themselves by placing their works of art in the following directory via Filza or another file manager: /var/mobile/Library/Application Support/Hazmat.

If you’re happy with the offerings that Hazmat brings to the table in terms of masking effects, then you could certainly opt to use it instead of shelling out the dough for N95. On the other hand, those looking for a larger palette of options may still want to buy the paid tweak, as it gives you more to choose from in the long run.

Hazmat is available as a free download from the Packix repository via your favorite package manager and supports jailbroken iOS 13 devices. The tweak is also open source on the developer’s GitHub page for those interested in learning more about how it works.

Do you plan to try Hazmat, or are you happy with the existing N95 tweak? Let us know which one you prefer and why in the comments section below.