Pre-orders for the device are kicking off today via AT&T, Best Buy and the Microsoft online store. The device is available starting from $1,399.

Featuring two 5.6-inch screens and a 360-degree hinge mechanism, the device can be folded closed or opened wide when the user needs more screen real estate for productivity apps. For instance, in this mode the user is able to run two apps at the same time on each display.

The bottom display can be used as a gamepad in games or a keyboard when typing, for instance, with the top display showing the rest of the content.  Each display has a resolution of 1,800-by-1,350 pixels and a 4:3 aspect ratio.

Connected together, the two screens form an 8.1-inch workspace at 2,700-by-1,800 pixels and a 3:2 aspect ratio. Both screens use real Gorilla Glass protection. LTE is supported on AT&T, Verizon and T-Mobile. The Surface Duo does not support 5G connectivity. 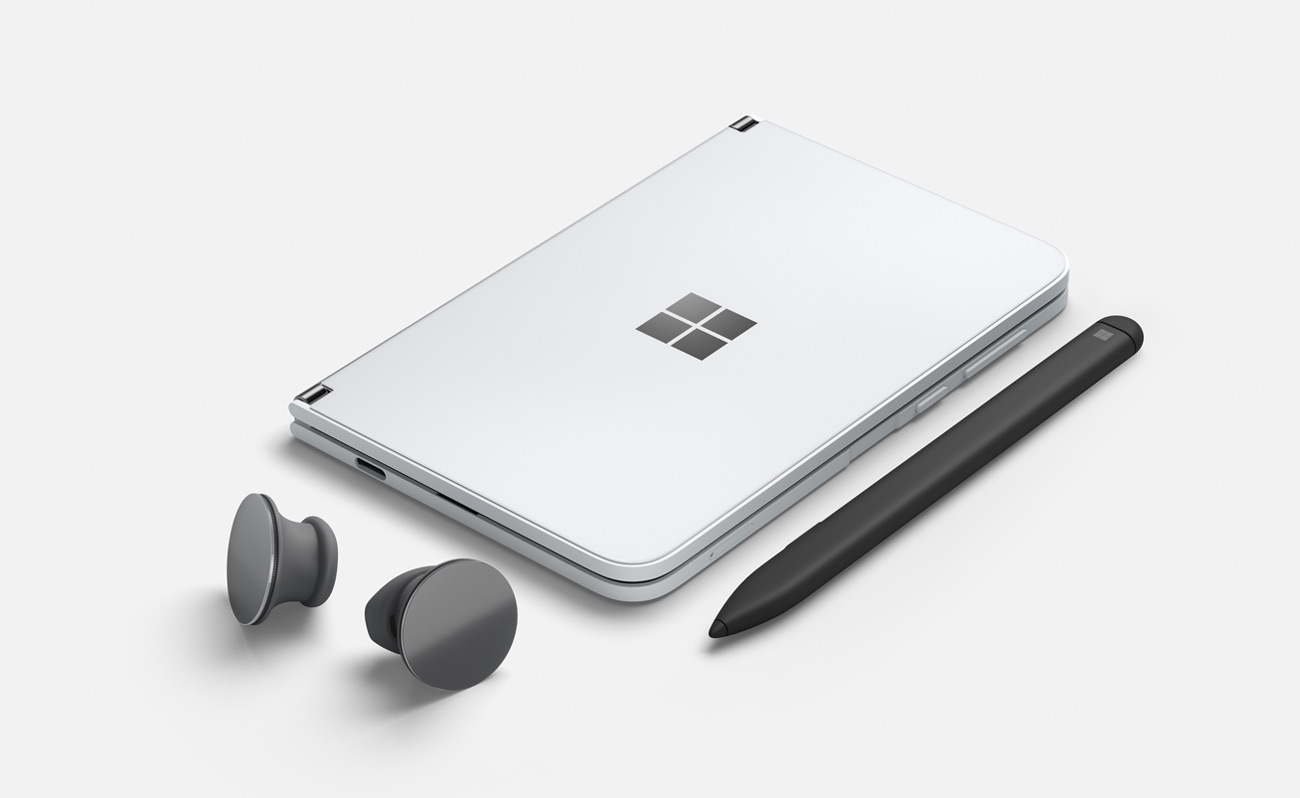 One big question over the Surface Duo has been the camera, but The Verge has more on that:

Microsoft is using an 11-megapixel f/2.0 camera, which will include auto modes for low light, HDR multi-frame captures, and a ‘super zoom’ up to 7x. Both 4K and 1080p video recording will be supported at 30fps and 60fps, with electronic image stabilization. There’s only a single camera on the Surface Duo, which can be used both for video calls and as a main camera.

The Surface Duo runs a heavily-skinned version of Android and is powered by Qualcomm’s Snapdragon 855 system-on-a-chip with 6GB of RAM.