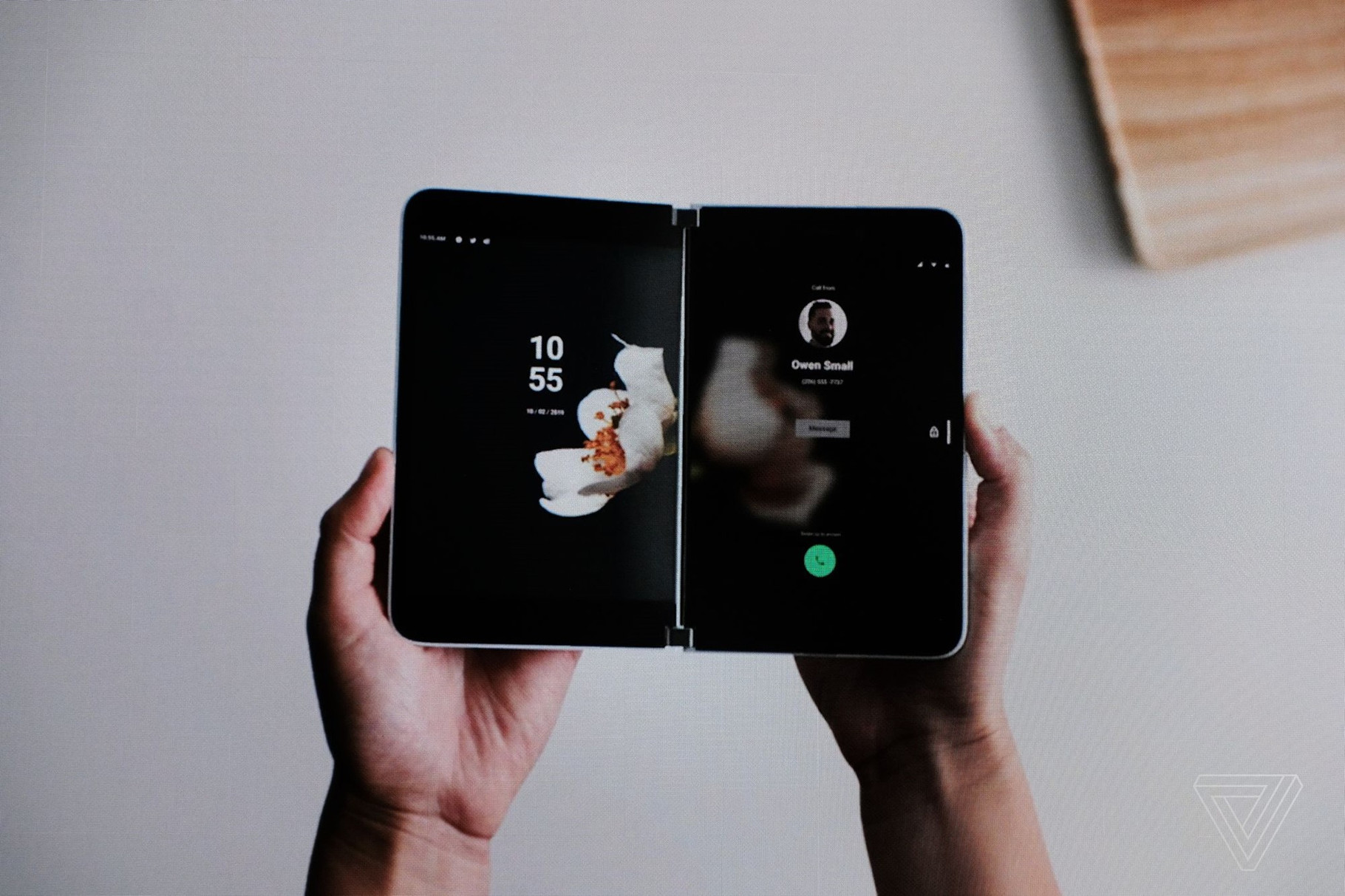 Microsoft is having a busy day today at its Surface event. The company has unveiled a lot of devices, and now the company is heading back into the smartphone market.

Today, Microsoft has unveiled the Surface Duo — a dual-screen smartphone that shares a lot of similarities to the also recently-introduced Surface Neo (via The Verge). That means the device features a pair of screens, rather than one big screen that folds. Each display measures in at 5.63 inches, and the device can be folded closed or opened wide, depending on the need of the future owner.

The device can be used as a mini tablet when opened completely, and users will be able to use two apps at the same time on each display. The bottom display can be used as a gamepad in games, or a keyboard when typing, with the top display showing the rest of the content.

The Surface Duo is running a heavily-skinned version of Android. It appears built to look a lot like Windows 10X, which will be the standard operating system on the aforementioned Surface Neo.

This is just an early preview of a device that Microsoft plans on launching in the future. Specifically, Microsoft says the new Surface Duo will arrive sometime in the holiday season of 2020. No word on pricing just yet.