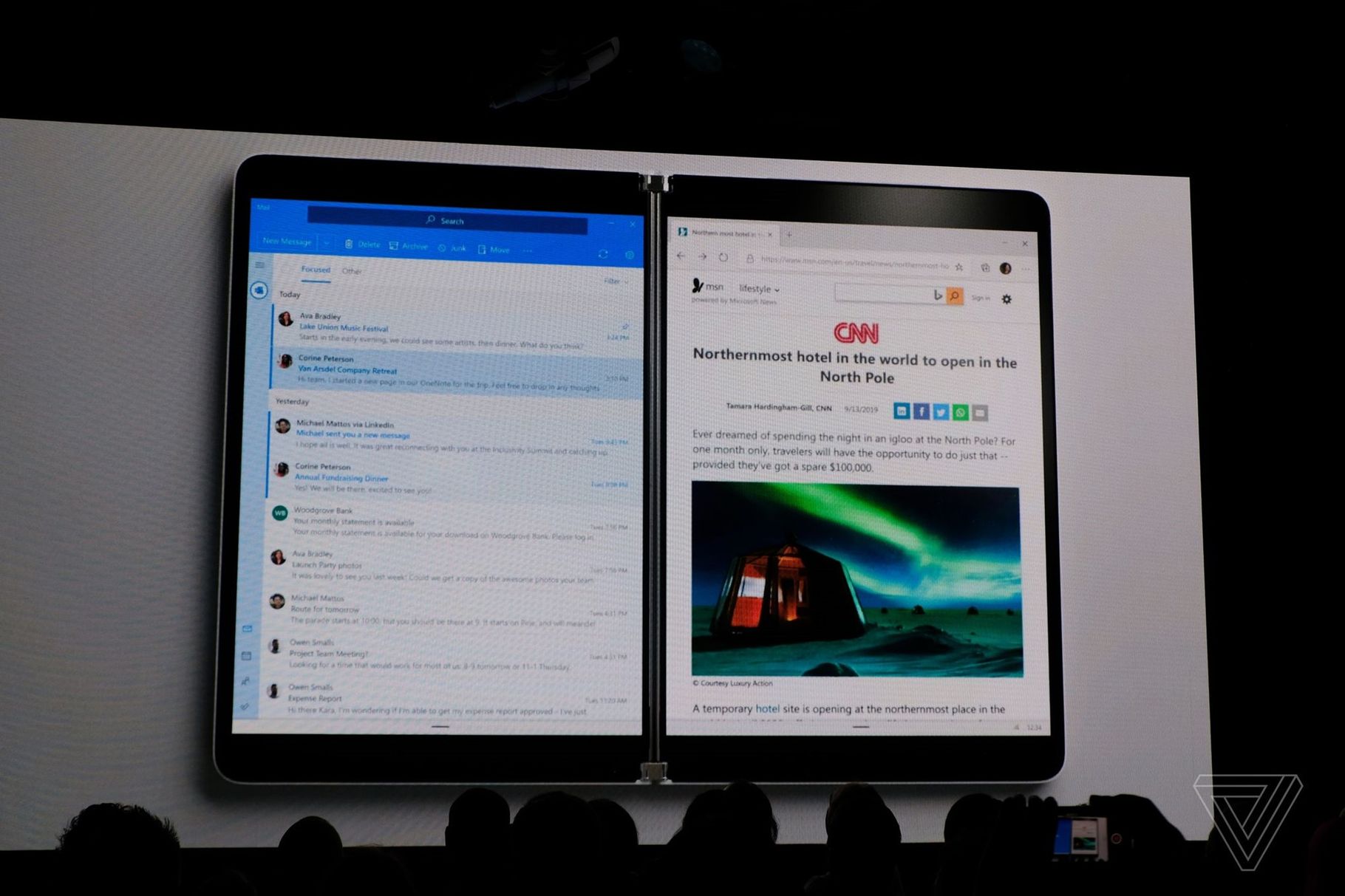 Microsoft has already announced a lot today. Updates to its “traditional” Surface Pro and Surface Laptop lineups, and even introduced a new Surface Pro X with a larger 13-inch display. But now it’s the real deal: Microsoft’s dual-screen device.

It has been more than ten years since Microsoft first introduced the concept for its Courier device, a dual screen Windows machine that has been the goal for the company for quite some time. And now we’re looking at the real deal with the Surface Neo (via The Verge), which Microsoft just unveiled at its event.

This is still a prototype, and things could change. However, Microsoft says the new Surface Neo will launch “next holiday”. This is a device that has two displays, separate from one another, rather than one big screen that folds. Each side of the Surface Neo is 5.6mm thin, and there is an Intel-branded chip on the inside.

The hinge can allow the Surface Neo to boast a 360-degree rotation, letting future owners use the dual-screen device in various setups.

The keyboard can be used separately from the Surface Neo as well, giving you full access to the dual displays as needed.

Windows 10X is the other major talking point for the Surface Neo. It has a new Taskbar, and even a Start menu. The major strokes are still there from Windows 10. The device will run “all apps”, including Office, and the apps will launch on the display they are “invoked” initially. If you rotate the device, apps will automatically switch to the new display as needed.