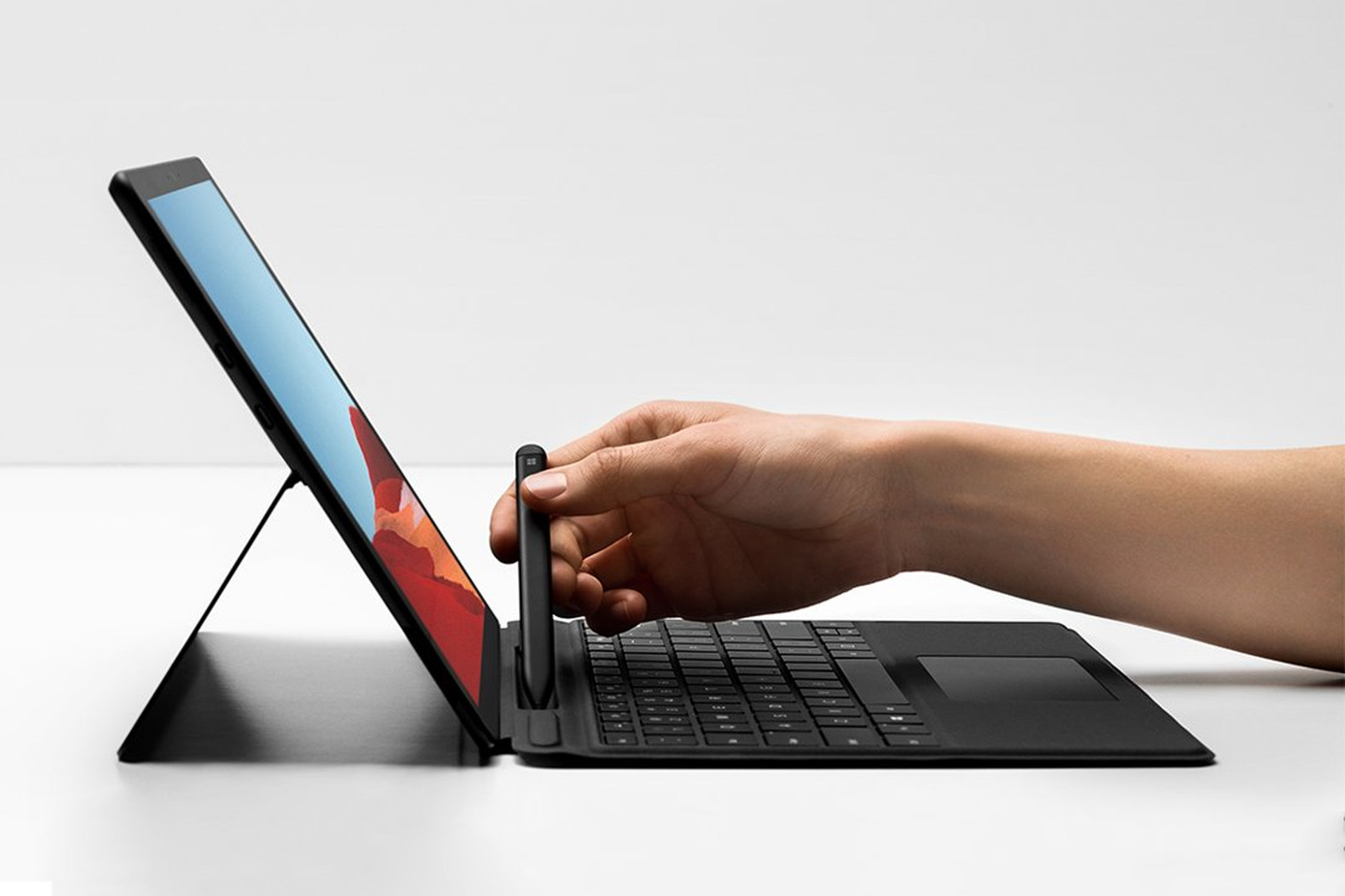 Microsoft is billing this as just one more option for anyone who might be considering a Surface device, but doesn’t want something like a Surface Go. This new option is the Surface Pro X, and it’s designed to be an on-the-go workhorse with a slightly larger display than the standard Surface Pro lineup.

Specifically, Microsoft says the Surface Pro X (via The Verge) has a 13-inch display bordered by the “thinnest bezels” in a 2-in-1 laptop. The device features new rounded corners, but the major design cues of the Surface Pro are firmly in place with the Surface Pro X. The new computer has a new dock, too, which supports the “Surface Slim stylus on Surface Pro X, which puts it right on the top of the keyboard in a ‘pencil pouch’ that can hide behind the type cover through some clever magnets”.

The Surface Pro X measures in at just 5.3mm thin, and it weighs only 1.68 pounds. It has integrated LTE support, supports fast charging, and has a USB-C port for good measure.

There is a new processor under the hood of the Surface Pro X, with Microsoft working directly with Qualcomm to create what the company calls Surface SQ1. It’s based on Qualcomm’s Snapdragon 8cx processor. The company is touting the power and capabilities of the chip, but raw numbers aren’t available at the time of publication. However, Microsoft did say the Surface Pro X can get “3 times more performance per watt than the Surface Pro 6”, so that seems like a good place to start.

Microsoft says the Surface Pro X will go on sale November 5. It starts at $999. Pre-orders do kick off today, October 2, though.