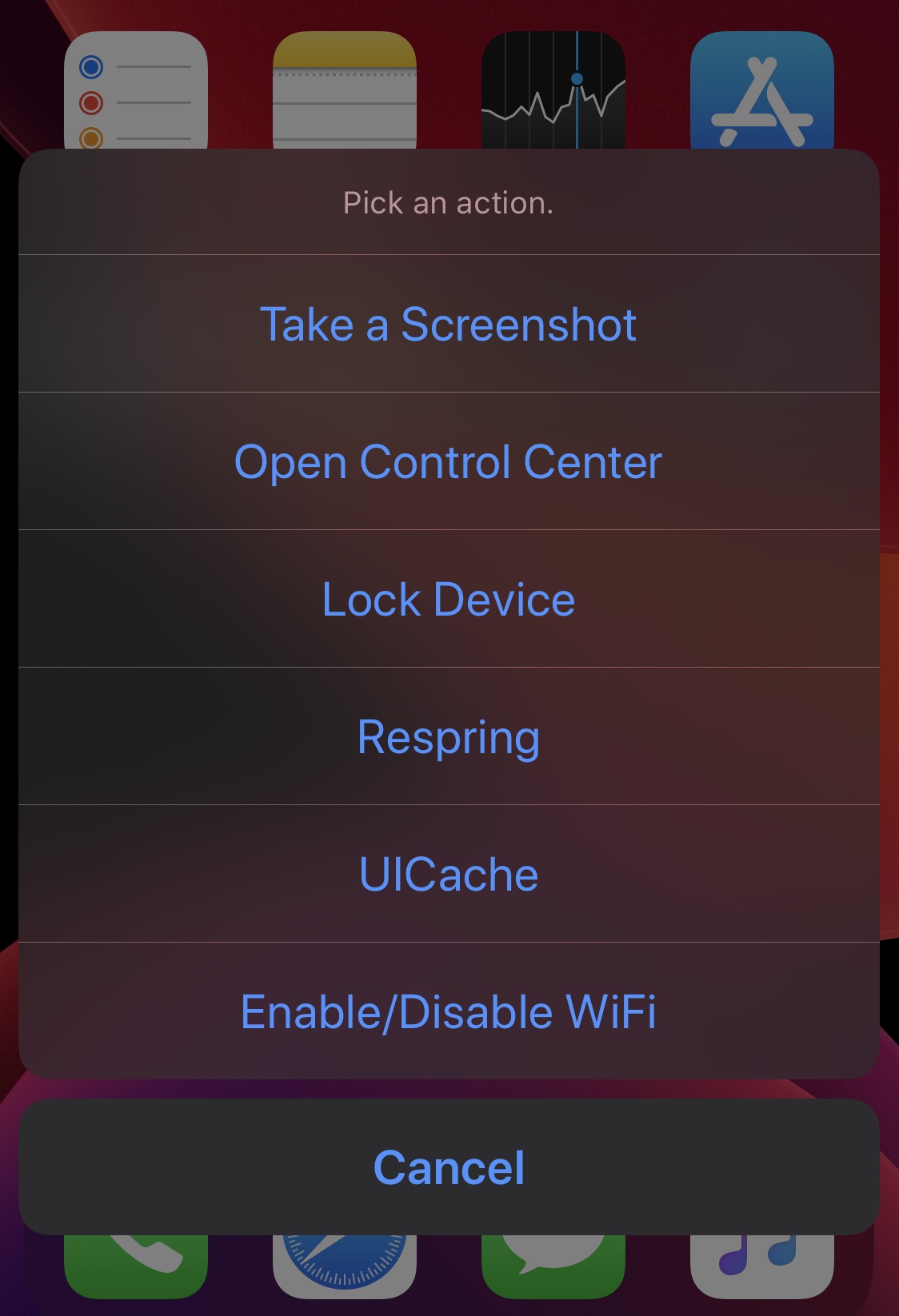 Having quicker access to convenient actions is every iPhone owner’s dream functionality that Apple generally fails to deliver with each annual software update. Fortunately, the jailbreak community is often quick to develop resolutions that meet users’ demanding needs.

ReachOptions is a newly released and free jailbreak tweak by iOS developer ajaidan0 that lets users access a bevy of handy options by invoking the Reachability gesture on their iPhone, as shown in the screenshot example above.

One thing worth noting right off the bat is that ReachOptions replaces Reachability outright, so if you use Reachability on a regular basis, then you probably won’t enjoy this solution. On the other hand, if you never use Reachability, then this is a great way to make use of the native gesture for something that you will take advantage of regularly.

Among the options that ReachOptions supports out of the box are:

Each of the aforementioned options, as well as the tweak in its entirety, can be toggled on or off via the dedicated preference pane that gets added to the Settings app post-installation: 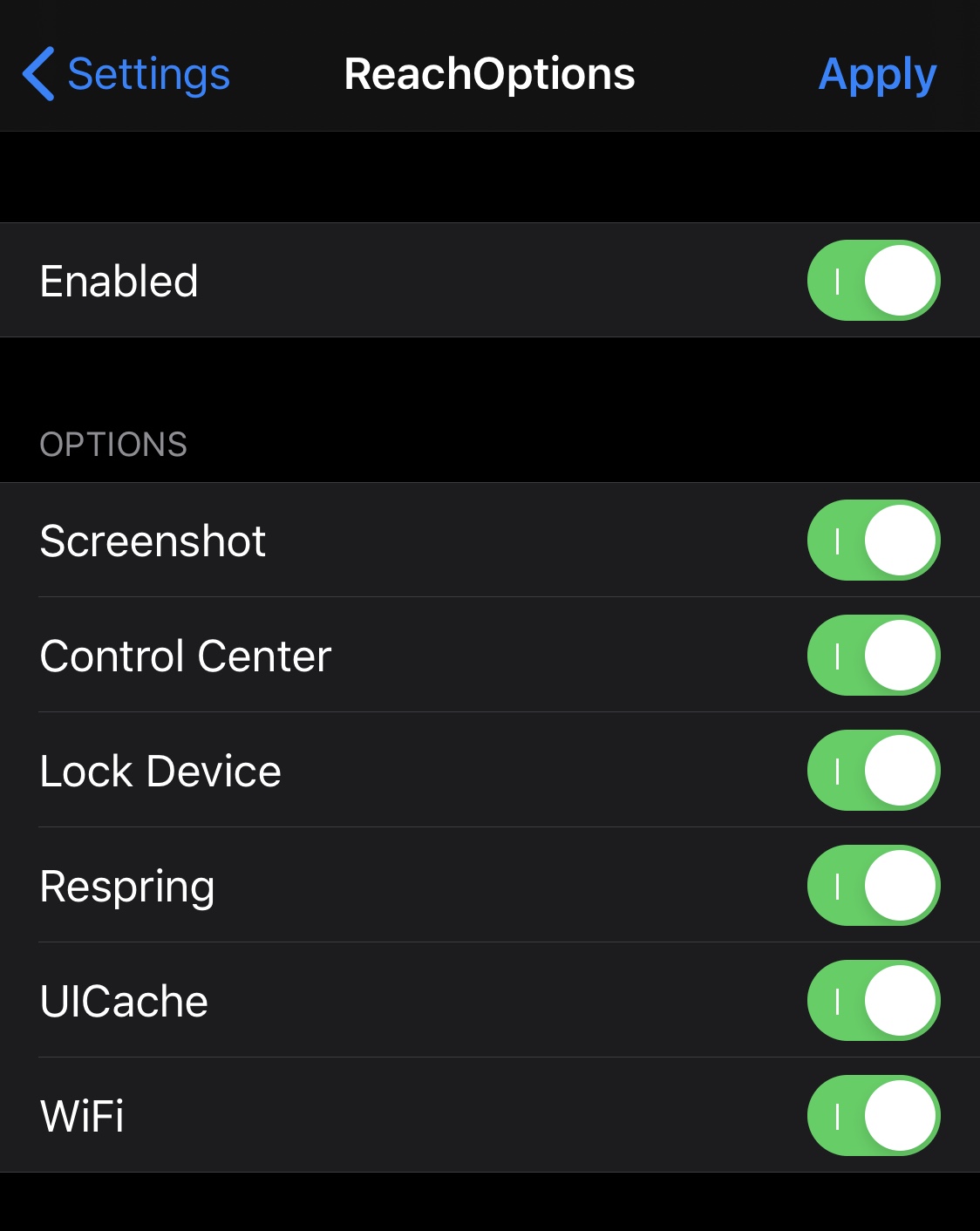 The developer includes an Apply button at the top right of the preference pane to help you save the options you configure.

If you’re at all interested in trying ReachOptions out for yourself, then you can download it for free from the Packix repository via your favorite package manager. ReachOptions supports all iPhones running jailbroken installations of iOS 13, but doesn’t support iPads due to the lack of Reachability on these devices.

Do you plan to replace your handset’s Reachability interface with these convenient menu items? Discuss why or why not in the comments section below.