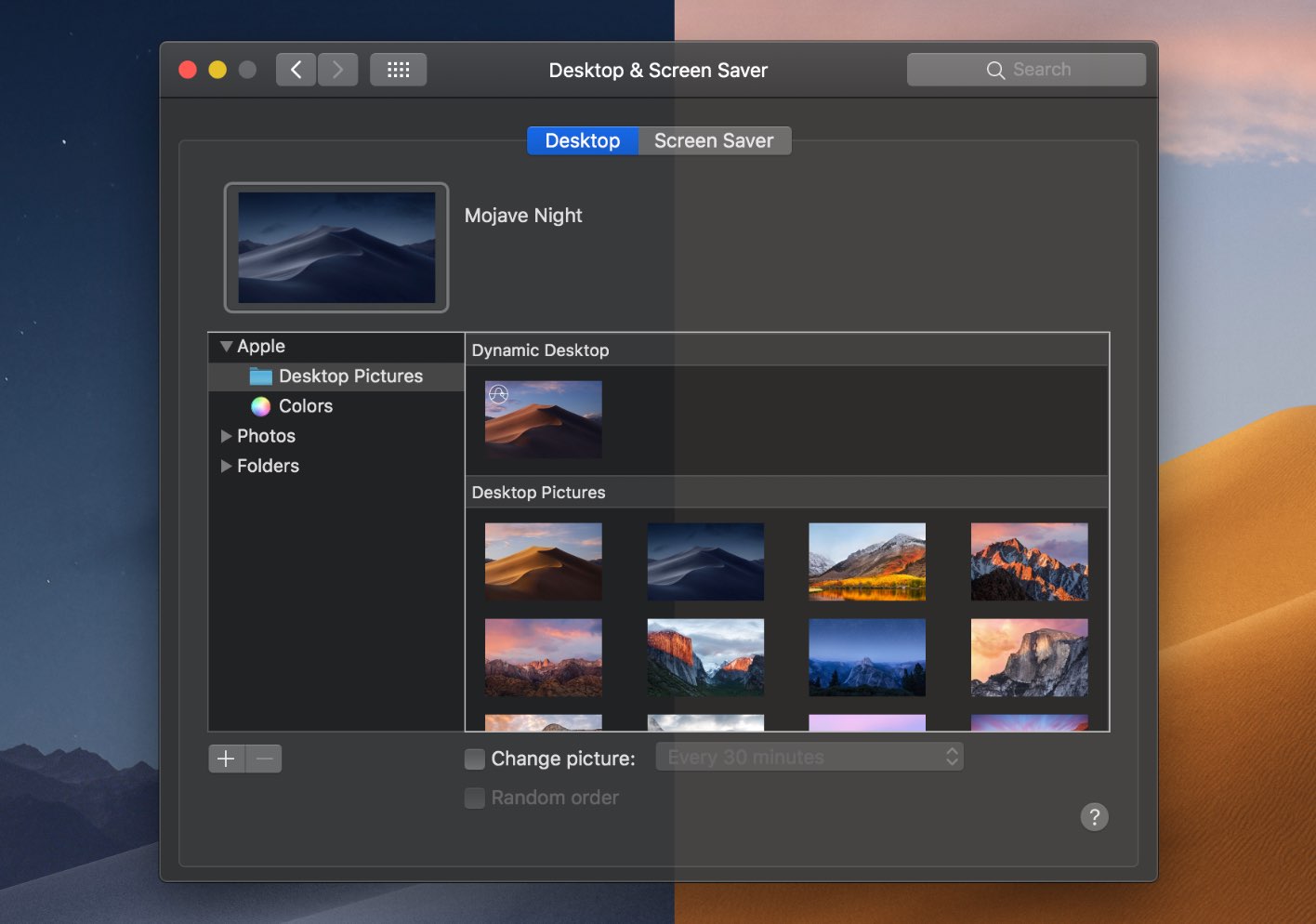 It comes in form of a new toggle that first appeared in the fourth beta of macOS Big Sur, which was released earlier this week. When this new switch is disabled, however, your Mac’s Dark Mode gets even darker. That’s because window backgrounds no longer incorporate accents that are based on the predominant colors which are used on your current desktop wallpaper.

Conversely, turning this switch on creates a “harmony between app controls and backgrounds, which persists even when the desktop picture changes,” Apple argues.

TUTORIAL: How to change the Mac accent color

The box is checked by default. Disabling wallpaper tinting, or Desktop Tinting as it’s officially called, basically results in a much darker version of the system-wide Dark Mode.

Some people like the additional color that the tinting can bring to otherwise bland interfaces, but others complain that the changing tint can be rather polarizing, especially when used in conjunction with Dark Mode.

Apps running in Dark Mode benefit from Desktop Tinting. When active, Desktop Tinting causes window backgrounds to pick up color from the user’s desktop picture. The result is a subtle tinting effect that helps windows blend more harmoniously with their surrounding content. Users who prefer not to have the additional tinting, perhaps because they work with color-sensitive content, can disable this effect by choosing the graphite accent color in System Preferences.

Miller has more on disabling wallpaper tinting by choosing the graphite accent color:

In the past, the one workaround to disable Desktop Tinting was to select the Graphite accent color for macOS, but this setting came with the tradeoff of losing various other accent colors throughout the interface. The new option introduced in macOS 11 Big Sur allows users to disable Desktop Tinting without compromising other aspects of the macOS interface.

macOS Big Sur is launching publicly in the fall.