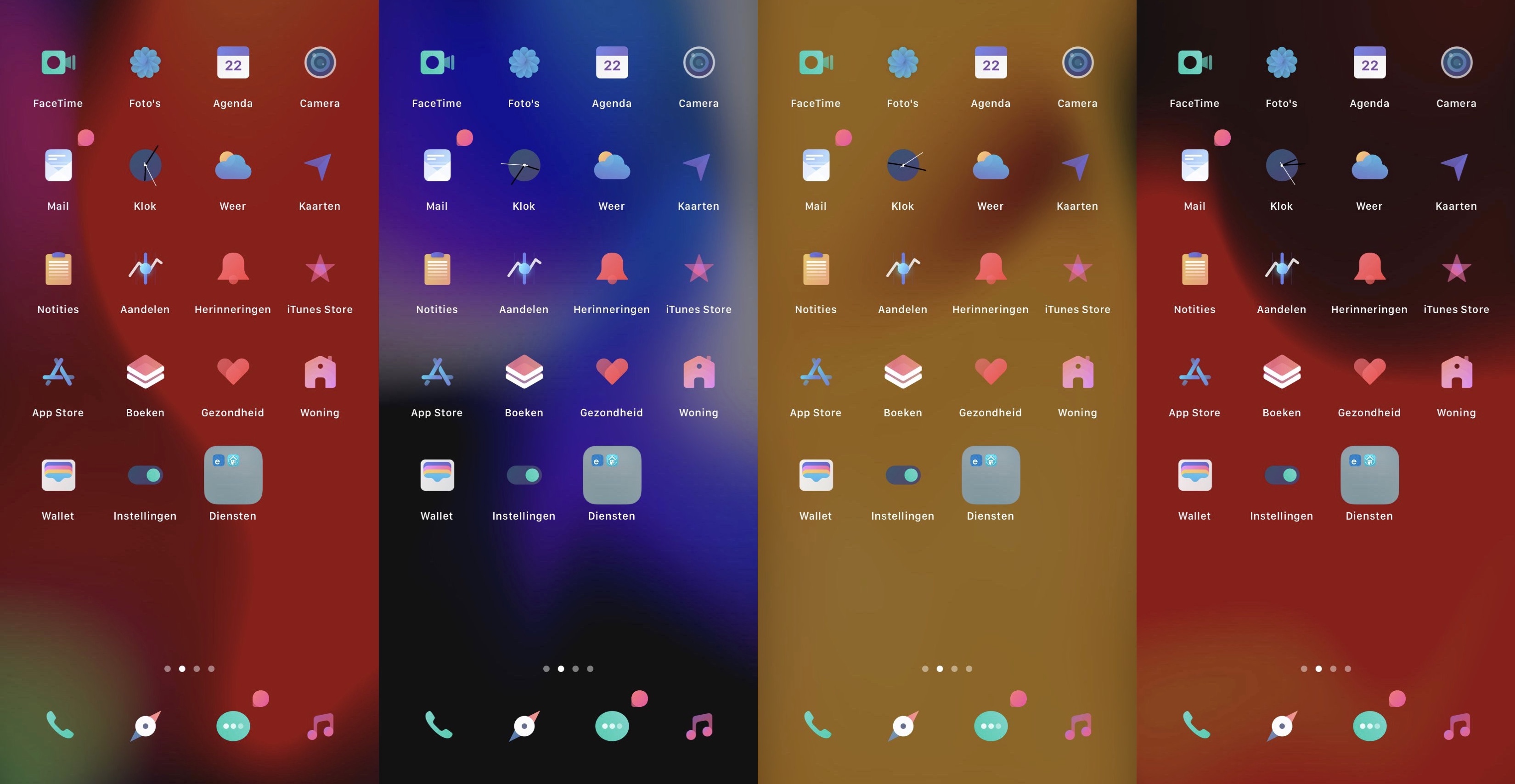 Lots of folks rely on their iOS devices as their primary music consumption devices, and so it’s sort of a head-scratcher as to why Apple doesn’t provide more of an interactive listening experience. In the jailbreak community, we’ve seen a plethora of workarounds for this, including the introduction of music visualizers for the Now Playing interface and more.

A newly released and free jailbreak tweak dubbed MusicGround by iOS developer Tr1fecta, on the other hand, takes a slightly different approach. Instead of giving users an animated Now Playing interface, this tweak provides users with an animated Metal Lyrics-inspired wallpaper that comes alive whenever music is playing.

As depicted in the screenshot examples above, the MusicGround animated wallpaper changes color periodically as music plays in the background. The animations remind us of billowing steam such as what might come out of a hot pan on a stovetop. Unfortunately, the animations are too slow to capture a web-optimized animated GIF of what’s going on.

If the animated wallpaper animation wasn’t cool enough, we’ll add that the animations begin as soon as music begins playing. Furthermore, when you force-close the app that’s playing music, your wallpaper seamlessly returns to normal without any unexpected jitters. The best word for this experience is “sleek.”

Another thing worth mentioning is that the tweak works whether you’re listening to music via Apple’s own Music app or with a third-party alternative such as Spotify. This is always a nice touch as some people enjoy third-party apps more than the first party offerings from Apple.

MusicGround doesn’t come with any options to configure, and those who are interested in upgrading their jailbroken iPhone’s music listening experience can download the tweak for free from the developer’s repository via their favorite package manager. Pwned iOS 13 devices are supported at the time of this writing.

If you’re not already using Tr1fecta’s repository, then you can add it to your preferred package manager using the following URL:

Will you be downloading MusicGround on your jailbroken device? Let us know why or why not in the comments section below.