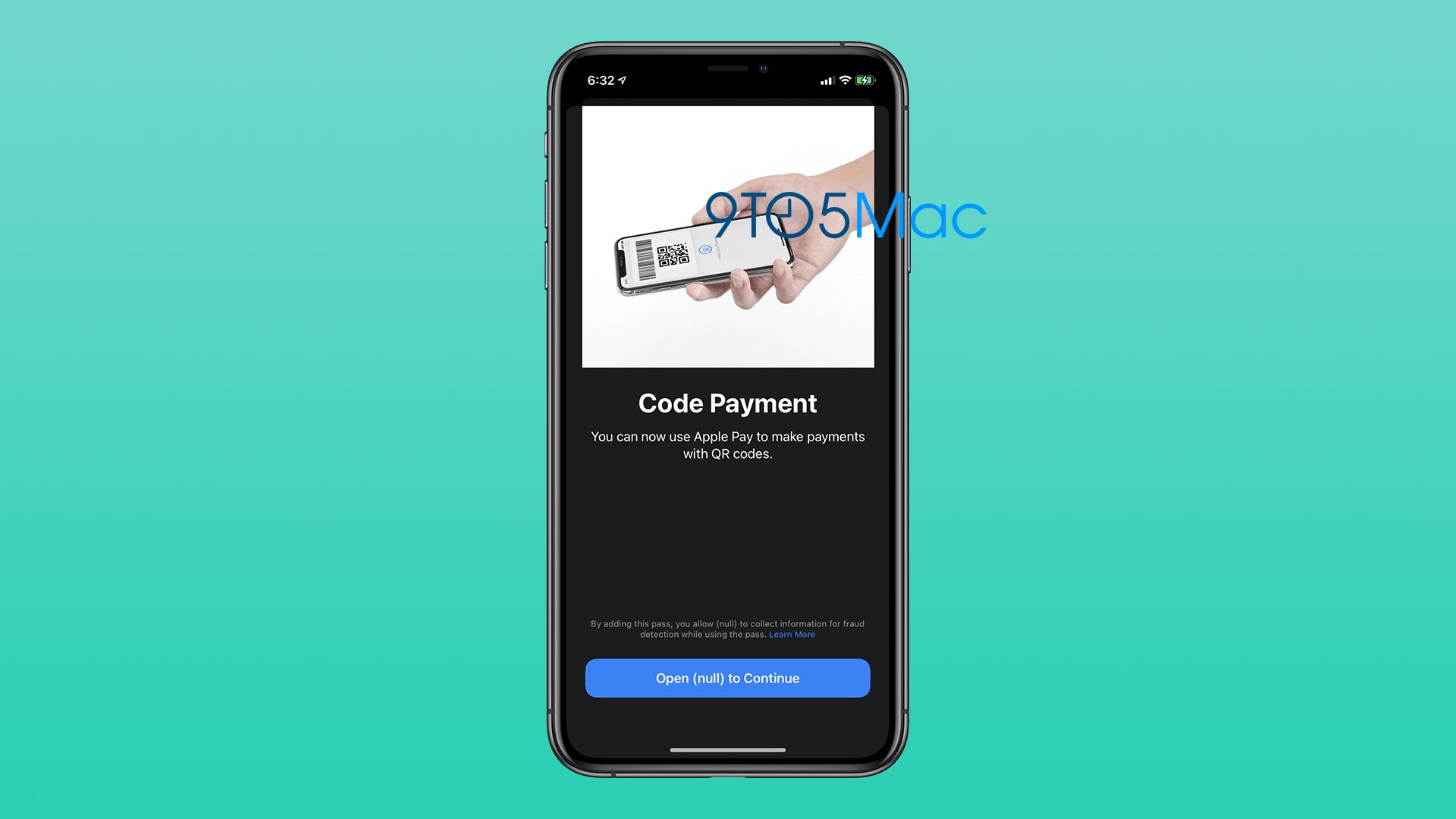 Apple may be working on a new mobile payment feature that would permit iPhone customers to make payments with Apple Pay using either QR codes or traditional bar codes.

An Apple Pay user would simply scan a QR code or traditional barcode with their iPhone camera to pay a bill or use Apple Pay in places where contactless payments are unsupported.

Apple has also prepared visual assets to support this feature, with the images seen top of post and further ahead indicating that you’ll simply point your iPhone camera at a QR code or traditional barcode to make the payment using a card registered with Apple Pay.

The hidden feature was discovered by 9to5Mac within the Wallet app in the second beta of iOS 14 that Apple seeded to its registered developers yesterday.

“The opposite would also work, with users holding the iPhone in front of a scanner with a QR code generated by the Wallet app,” the publication noted. Interactions with third-party apps may be possible as well because this code was found in a public system API.

When will this go live?

Apple did not mention this feature during the WWDC keynote and we couldn’t find any mentions of it in developer documentation. The discovery of the feature in the iOS 14 code strongly suggests that this is something that might go live in the fall when iOS 14 will release publicly.

On the other hand, Apple could choose to postpone this until a latter date.

The company could also decide to ultimately pull the feature although the fact that it wasn’t present in the first iOS 14 developer beta released last month suggests otherwise.

Who’s excited about this feature?

Are you looking forward to making some Apple Pay payments via QR codes?

If I’m able to simply scan a QR code thats’s printed on my utility bill in order to pay the billt with my default Apple Pay card, then I’m all for it. I won’t be needing to use my bank’s terrible banking app to pay bills via QR codes and it’ll be one less thing to worry about.