In this piece, we’ll discuss all the latest jailbreak tweaks released from Monday, June 29th to Sunday, July 5th. As usual, we’ll kick things off by discussing our favorite releases first and then wrap things up with an outline of the rest afterward.

The multitasking experience on the iPhone has always left a lot to be desired, and that’s one reason why we’re enjoying a newly released multitasking tweak dubbed Astrid.

Astrid brings a fresh multitasking user interface to the platform and incorporates a bevy of useful features for accessing information from certain apps without even launching them.

You can learn more about how Astrid can help you move from app to app more easily and improve your multitasking experience in our full review. 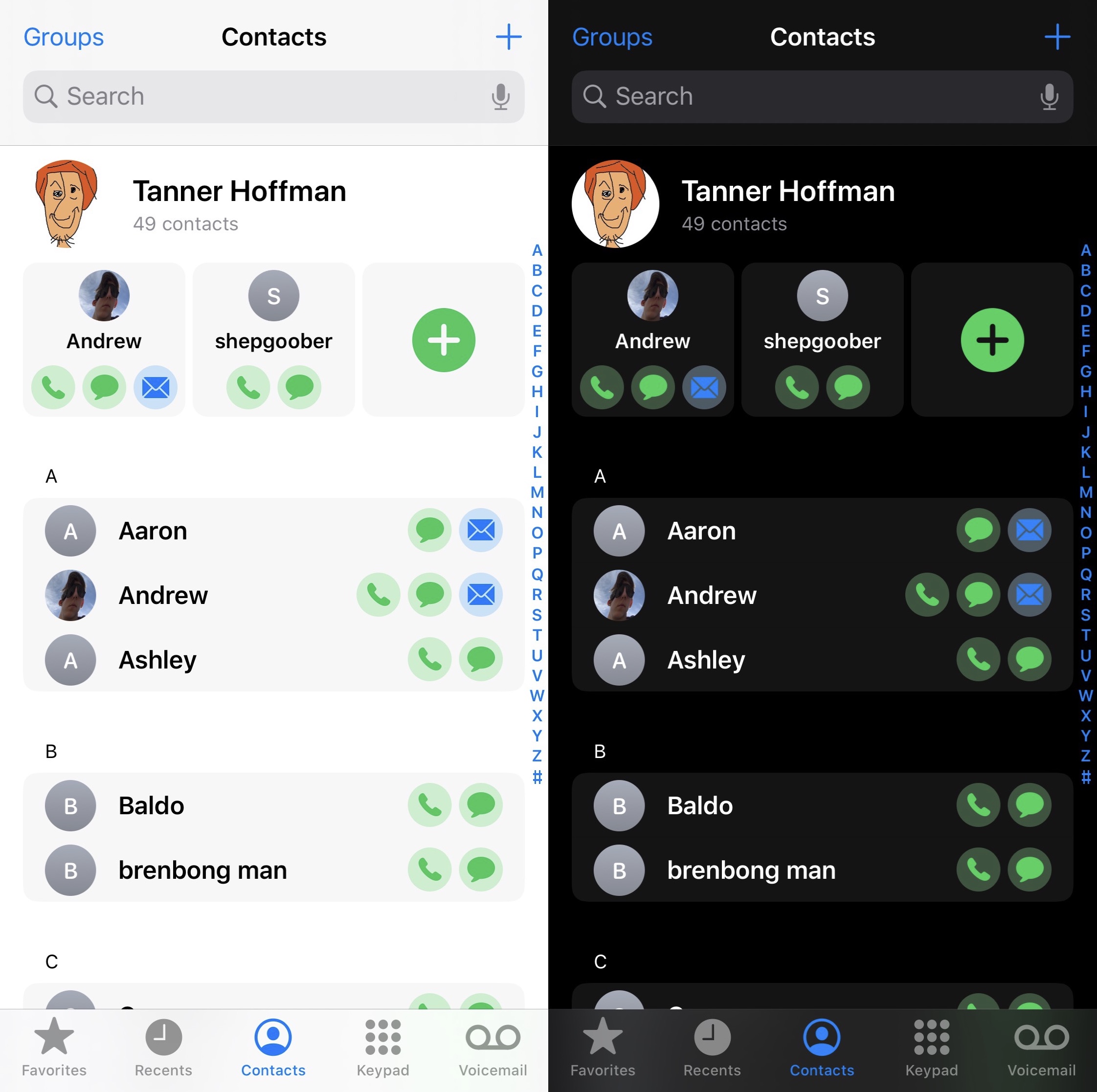 The iPhone’s Phone app has gone mostly unchanged for years, and it’s just about time for the app to receive an interface refresh. We don’t know how long it’ll take before Apple gets the ball rolling on this, but if you’re jailbroken, then why wait?

A newly released and free jailbreak tweak called Bongwater brings a better UI to the iPhone’s Phone app, making it easier to interact with contacts from the contact list and allowing users to pin some of their favorite contacts at the top of the app.

You can learn more about Bongwater and what it brings to the table as well as where you can get it in our full review. 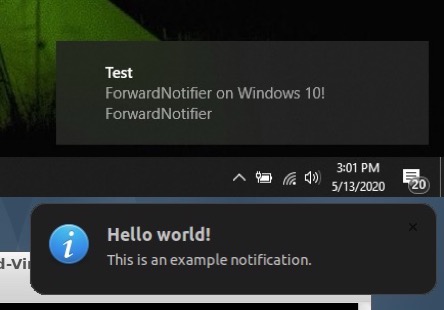 If you’re a Mac user, then you can already receive text messages and phone calls via your iPhone on your Mac. But what about push notifications from all your other apps? And furthermore, what if you’re a Windows or Linux PC user?

Enter ForwardNotifier, a new and free jailbreak tweak that can be used to set up a miniature server between your devices to populate notifications from your iPhone directly on your desktop so that you can tell if those notifications are important enough to bother with before ever reaching for your iPhone.

You can learn more about ForwardNotifier and how it works in our full review. 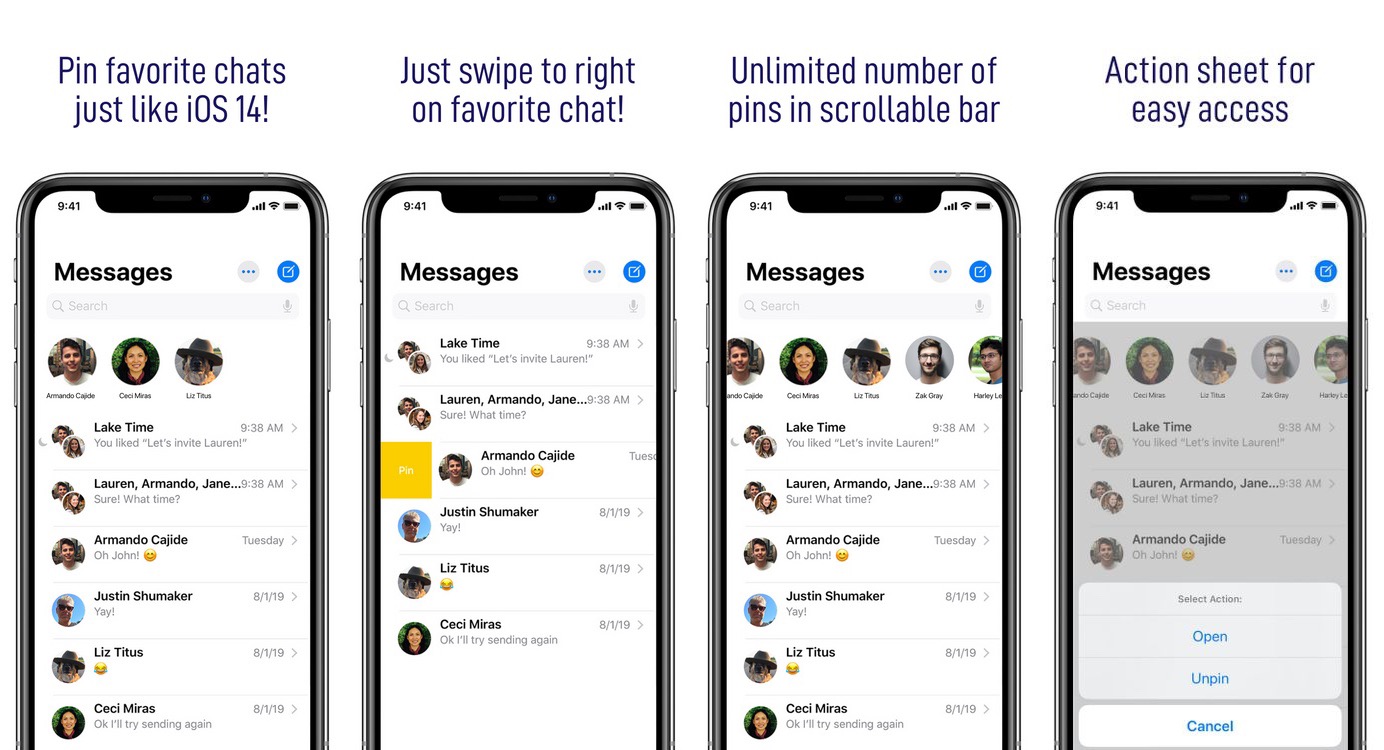 iOS 14 will introduce a useful new feature to Messages that allows users to pin their favorite conversations to the top of the app.

Those jailbroken on iOS 13 might be drooling at the thought of such a feature, but thanks to a newly released jailbreak tweak called PinHeads (iOS 13), you can have it right now without waiting until the Fall for iOS 14.

You can learn more about PinHeads (iOS 13) and how it works in our full review.

Ash: Dims the app icons on your Home Screen that you don’t use (free via Chariz repository – review)

BasicDockHider: Hide the Dock from your Home Screen or change the background opacity (free via Twickd repository)

Caim: Enables iOS 14-style pinned conversations at the top of the Messages app ($1.29 via Twickd repository)

DockBeGone13: Remove the Dock from the Home Screen completely (free via Packix repository)

Don’tSaveMessagePhotos: Prevents photos captured in the Messages app from being saved to the Camera Roll afterward (free via lint repository – review)

InstaNotAStalker: Helps make your Instagram usage more discreet so you don’t come off as a stalker when viewing other profiles (free via yulkytulky repository)

Kill All Apps: Swipe down on an App Switcher card to force-quit all apps (free via haoict repository)

MagmaAPI: A special API for developers wanting to take advantage of the Magma EVO tweak (free via Chariz repository)

NoMoreScrollstoTop: Disables the scroll to top gesture in apps (free via Packix repository)

SearchAutoFocus: Removes the extra step of having to tap on a search bar to use it (free via dimitarnestorov repository – review)

Status Weather Lite: A free version of the tweak above (free via Packix repository)

That concludes this week’s jailbreak tweak roundup, but we’ll be back with another next Sunday. Until then, you can stay tuned to iDownloadBlog for the latest jailbreak tweak releases and jailbreak news as they surface throughout the work week.

What was your favorite jailbreak tweak release this week? Let us know down in the comments section below.