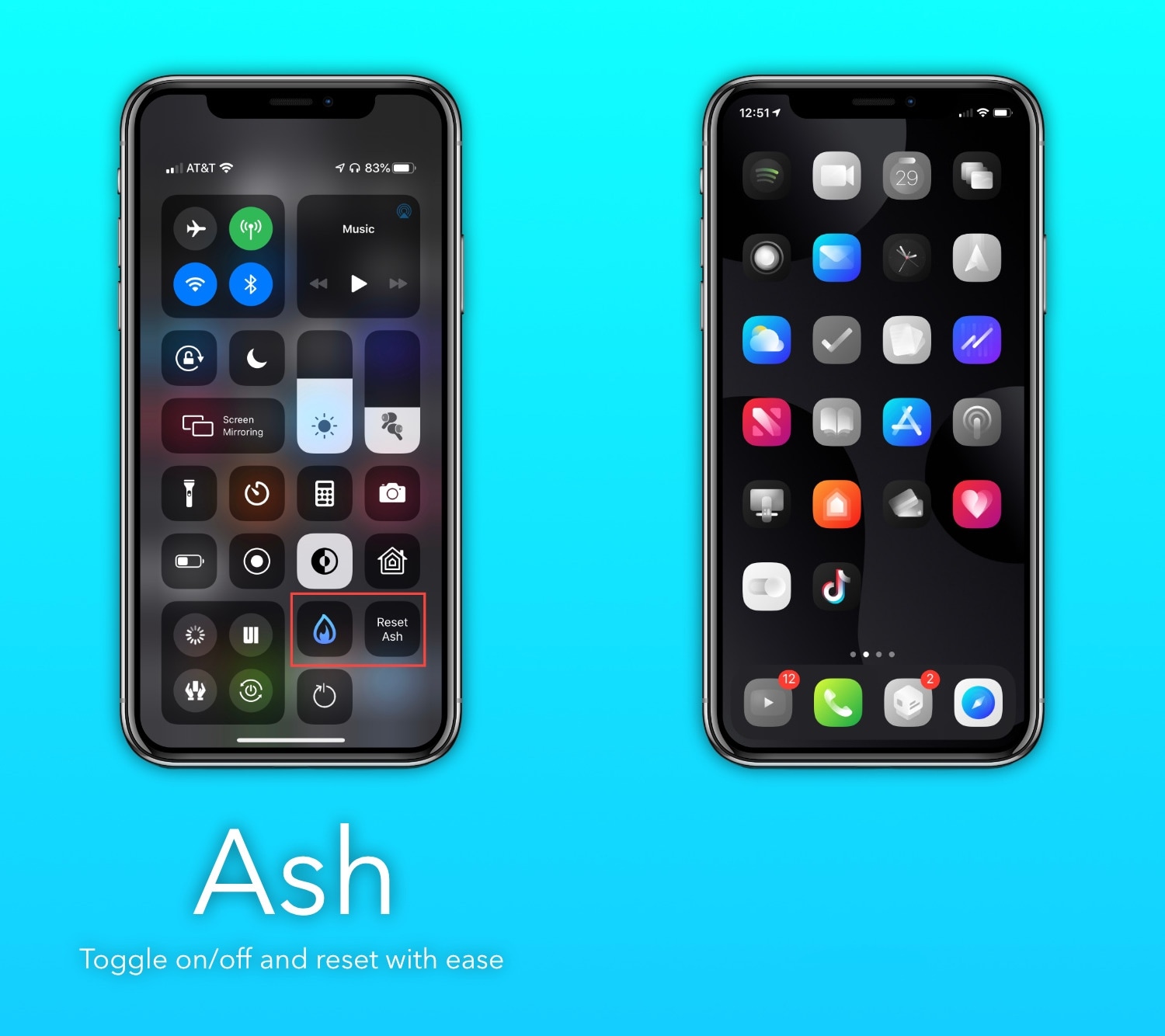 If you’re the type of person who installs tons of apps from the App Store and then only uses a small number of those after installing them, then you just might enjoy a newly released and free jailbreak tweak called Ash by iOS developer burrit0z.

Ash implements an intelligent app icon dimming effect to help jailbreakers keep better track of the apps they use and the apps they don’t use. Never-used app icons appear gray in color when being displayed on the Home Screen, whereas used app icons retain their original color, as depicted in the screenshot examples above.

Uses for Ash will vary from one user to the next, but here are some ideas:

Ash doesn’t come with any options to configure, but it does include support for CCSupport. This means that you can toggle the tweak on or off on demand and/or reset Ash’s grayed icon aesthetics via two individual toggles in Control Center, which are also depicted in the screenshot examples above.

If you’re interested in trying Ash for yourself, then you can download the tweak for free from the Chariz repository via your favorite package manager. Ash supports jailbroken iOS 13 devices.

How will you use Ash on your jailbroken device? Let us know in the comments section below.