Google Photos has some nice features and is a good alternative or addition to the Photos app. You can create movies in Google Photos and collages. Another handy feature is the auto-updating album which is similar to the Smart Album feature in Photos on Mac.

With this type of album, you can set it to update automatically when new pictures of family, friends, and pets are added to Google Photos. This saves you some time from having to manually add new photos to an album.

To help you organize your pictures better in Google Photos, here’s how to create auto-updating albums. 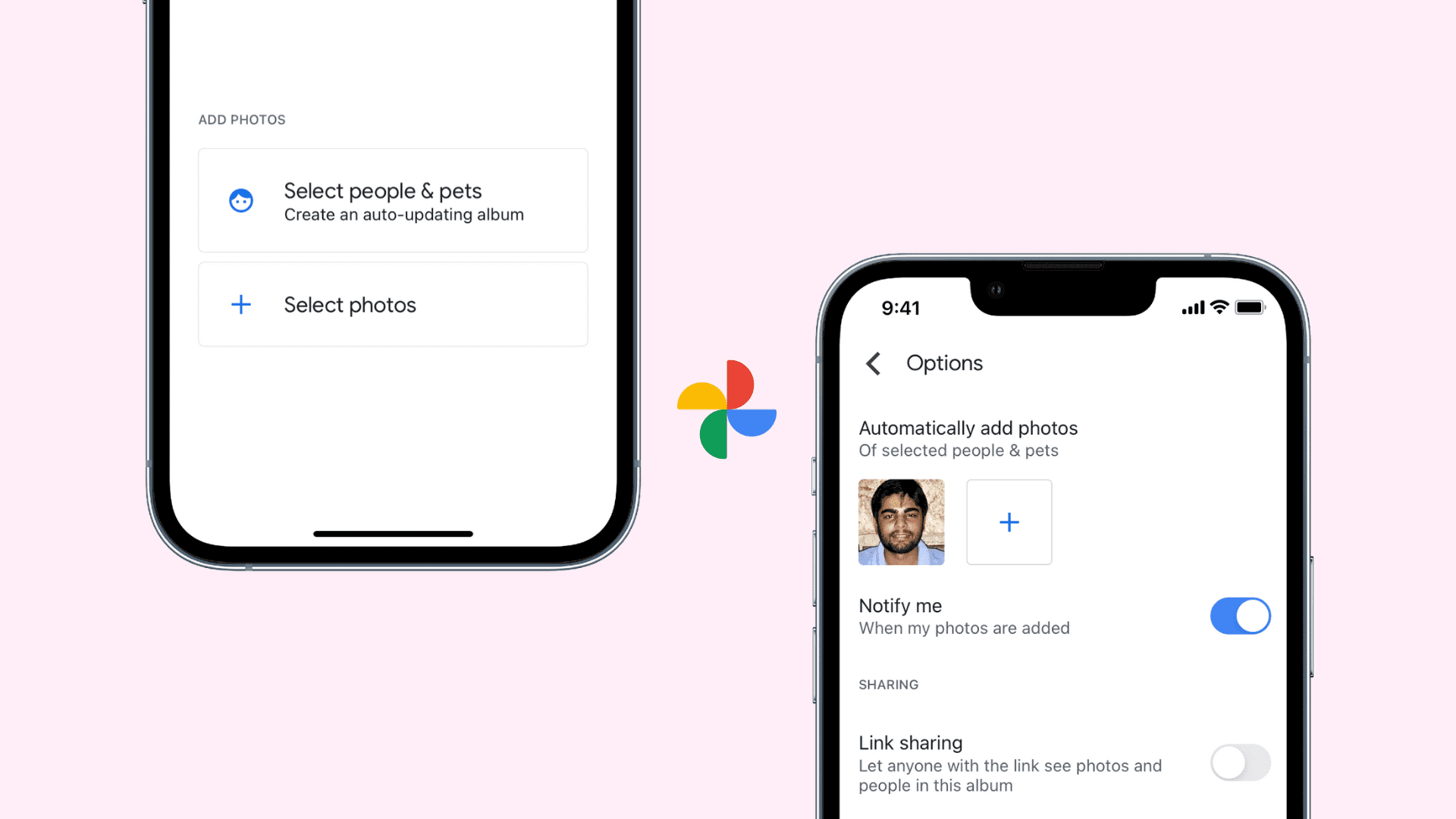 Open the Google Photos app on your iPhone or iPad and tap Library > New album. Alternatively, you can head to Google Photos on the web > sign in > Albums > Create album.

We’ll go over both below, so give your new album a name and then pick one of the following.

If you choose this option for your album, you’ll see a grid of people and pets that Google Photos has identified for you. Tap to select the ones you want for your album.

At the top, you can also decide if you want to be notified when new photos are added to the album. 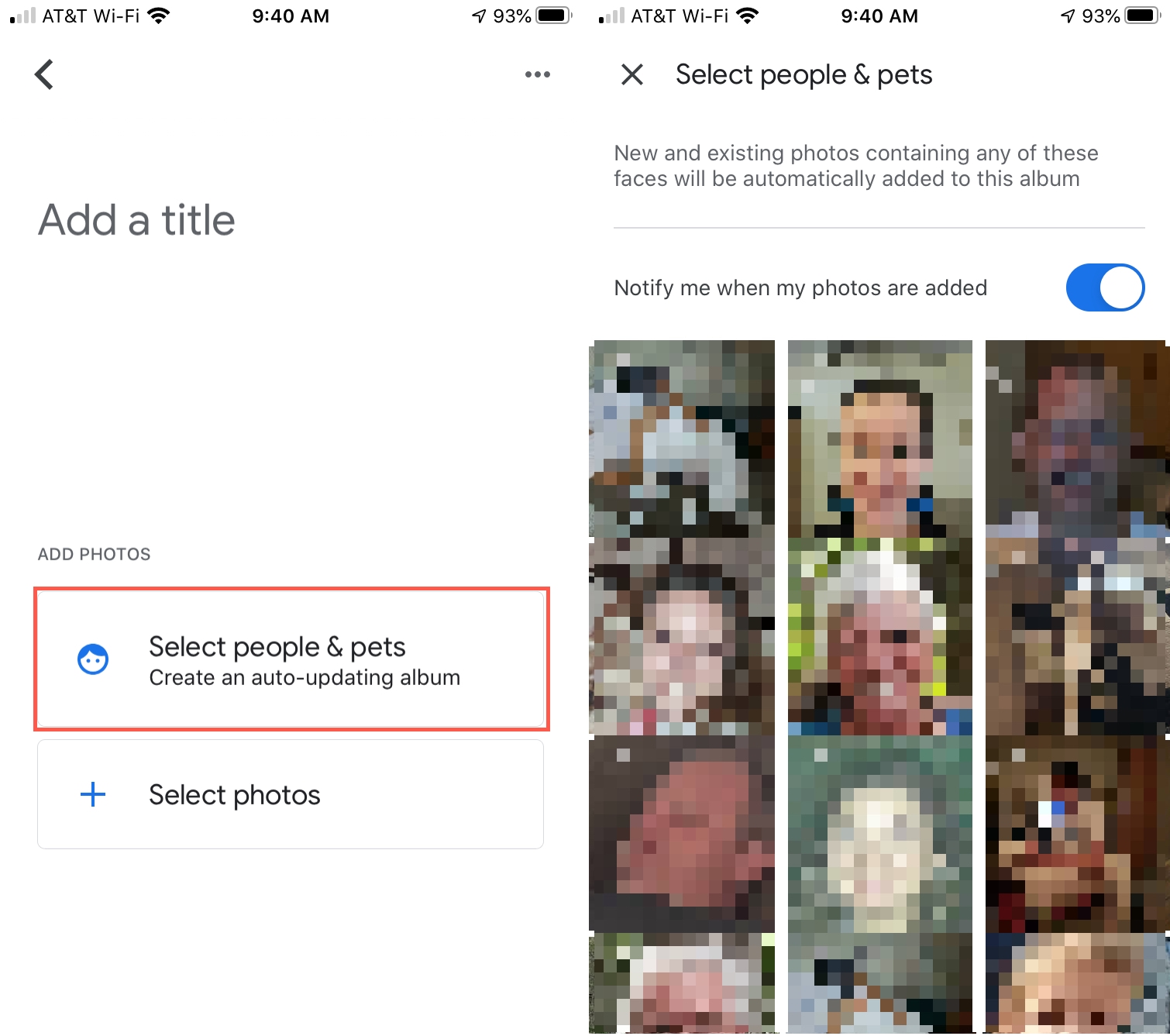 When you finish, tap or click Confirm, and you’ll see your new album full of photos.

To edit the auto-updating album later, for example, to add another person or pet, you’ll follow the same Steps 1 through 6 below.

Maybe the photos you want in the album include a variety, and you want to start off the album by picking them. Select this option, choose your photos, and tap Add at the top.

You’ll see your newly created album and can turn it into an auto-updating album easily.

3) At the top, you’ll see the option to Automatically add photos of selected people & pets. So tap the plus sign and select your family member, friend, or pet. 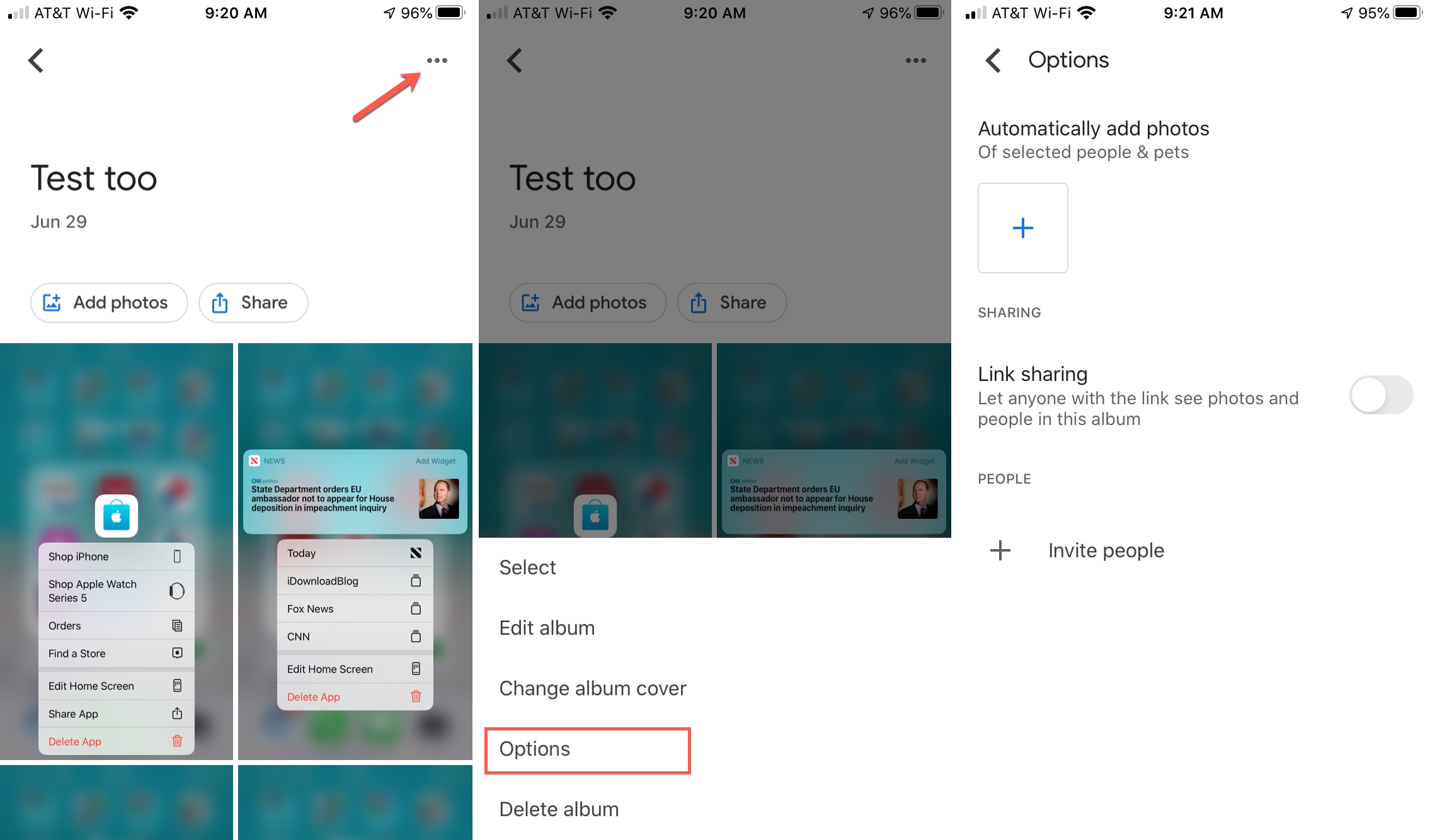 4) After making your selection, tap or click Confirm at the top.

Note: You can enable the toggle to add older photos from my library to the album as well.

5) You’ll then be back on the Options screen. Here, you can add another person or pet, enable or disable the notification option, create a link to share the album, or invite people to it. 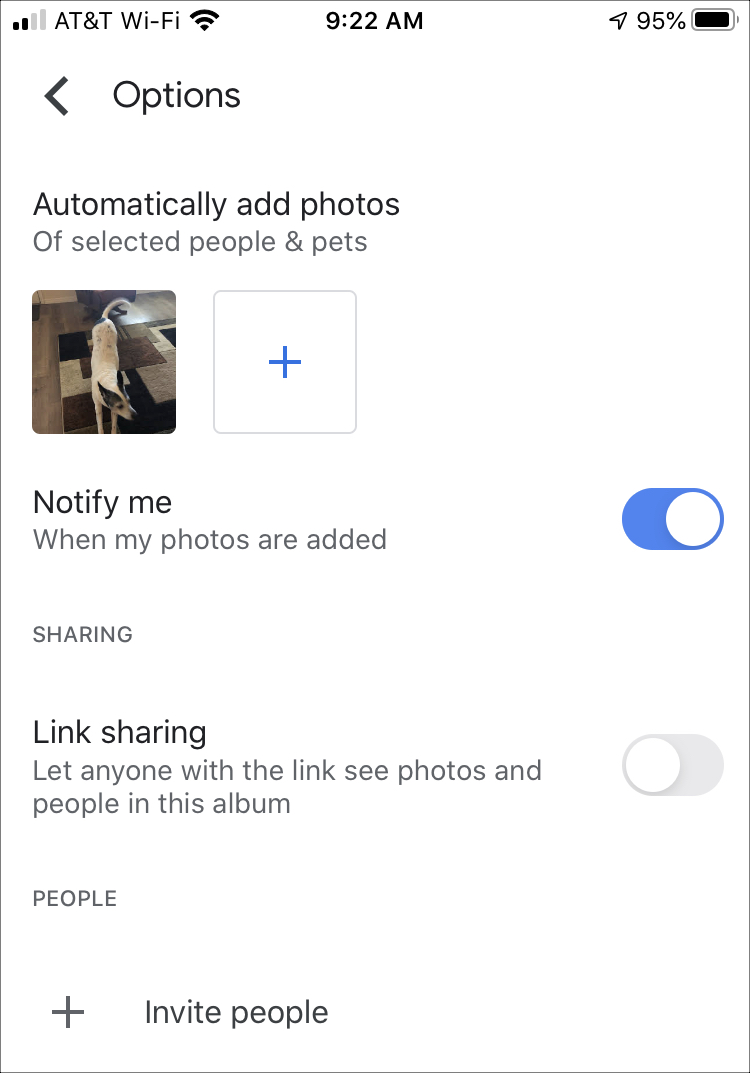 6) On iOS, tap the arrow at the top when you finish, or on the web, hit the X to close the Options window.

By using auto-updating albums in Google Photos, you can have your pictures automatically assembled into your album for you. This makes it easy to organize your new photos without lifting a finger.

Are you a Google Photos user and plan to take advantage of auto-updating albums? If so, feel free to share your tips in the comments section below!