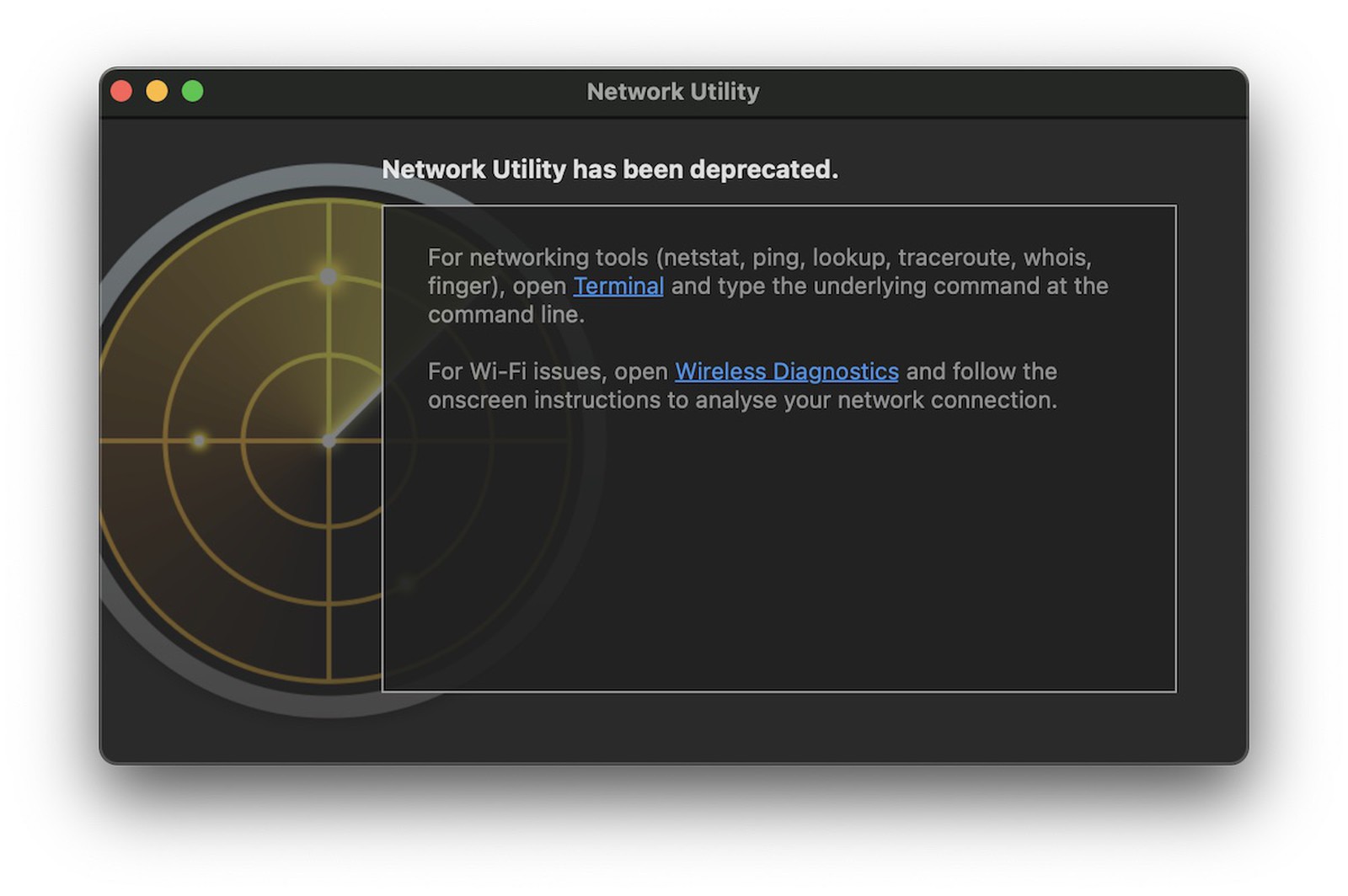 While launching a major update for your operating system typically means adding things to the mix, it sometimes means taking things away, too. And this time around it’s the Network Utility app.

Since Apple released macOS Mojave, the Network Utility app has been available within the System app. It has been pretty buried, though, so it wasn’t always the easiest app to access. And its pieces of core functionality are available within the Terminals app, which some users may have found easier to not only find, but use in general. So perhaps it’s not too surprising to hear that Apple has decided to deprecate the Network Utility app with its newest version of macOS.

MacRumors made a note of the change today. Now that macOS 11.0 Big Sur is out in a developer beta, many new discoveries are still being made. This includes the deprecation of the Network Utility app. With the seed of the first developer beta, the app is no longer working. This means users can’t use it to trace network traffic paths, check their network connection, check open TCP ports, or view routing tables.

As mentioned above, these steps can be handled within the Terminals app. And if a user has an issue with their Wi-Fi connection, Apple points to the Wireless Diagnostics app to fix any potential issues.