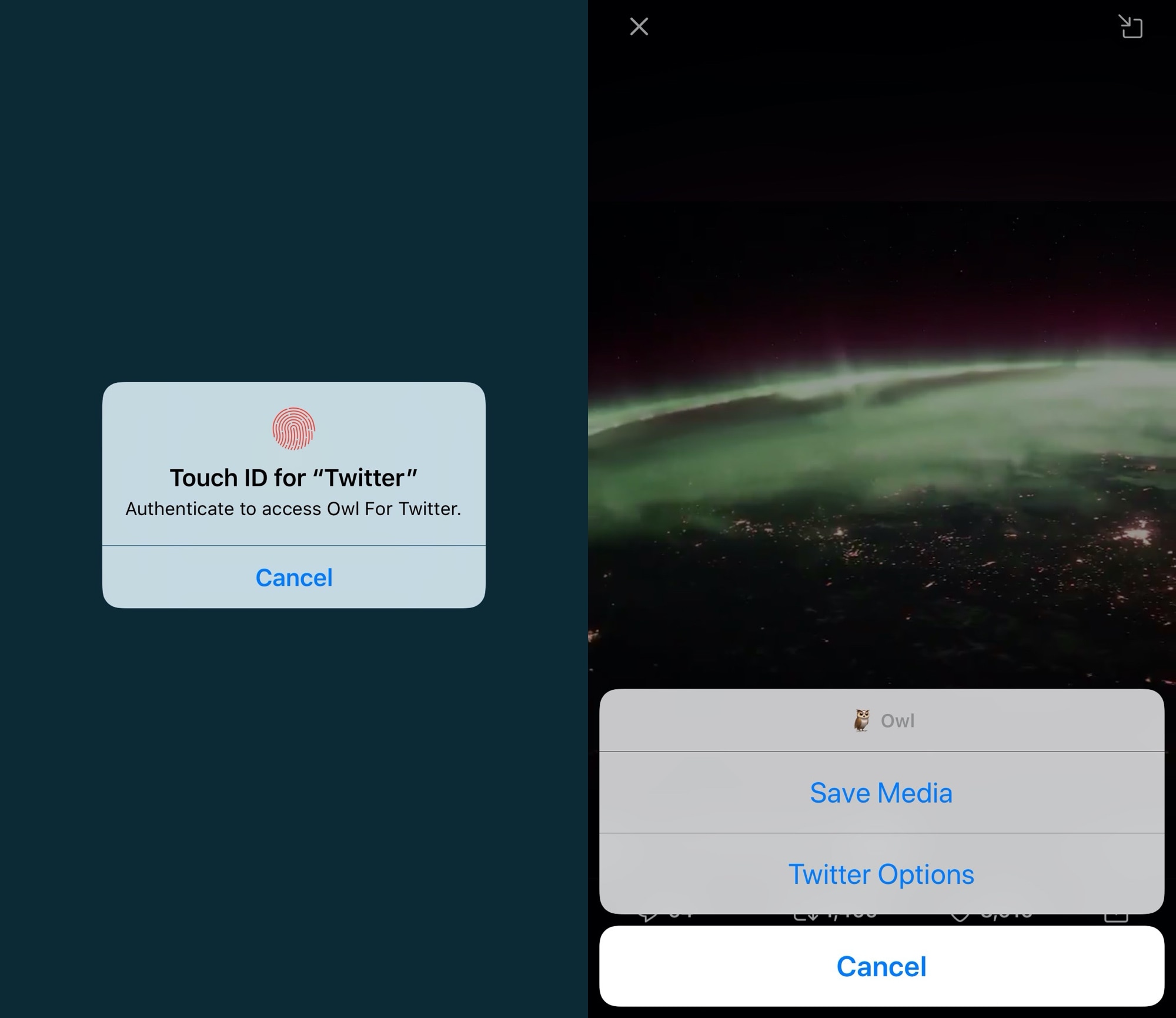 There are several third-party apps for accessing Twitter on the iOS platform, but there’s no question that the official Twitter app is the most popular by far. Unfortunately, it lacks a number of features that could make the user experience as good or better than many third-party alternatives, which is why they exist in the first place.

If you aren’t interested in spending money for a third-party Twitter client and you have a jailbroken handset at your disposal, then the good news is that you can take advantage of a newly released and free jailbreak tweak called Owl by iOS developer Michael Lema to breathe new life into the existing official Twitter app.

Among the features Owl brings to the table for those using the official Twitter app are:

Examples of user authentication and media-saving options appear in the screenshot examples above.

As for configuring these options, the developer has kindly baked them directly inside of the Twitter app itself, providing what feels like a seamless first-party experience despite being a third-party add-on for jailbroken handsets: 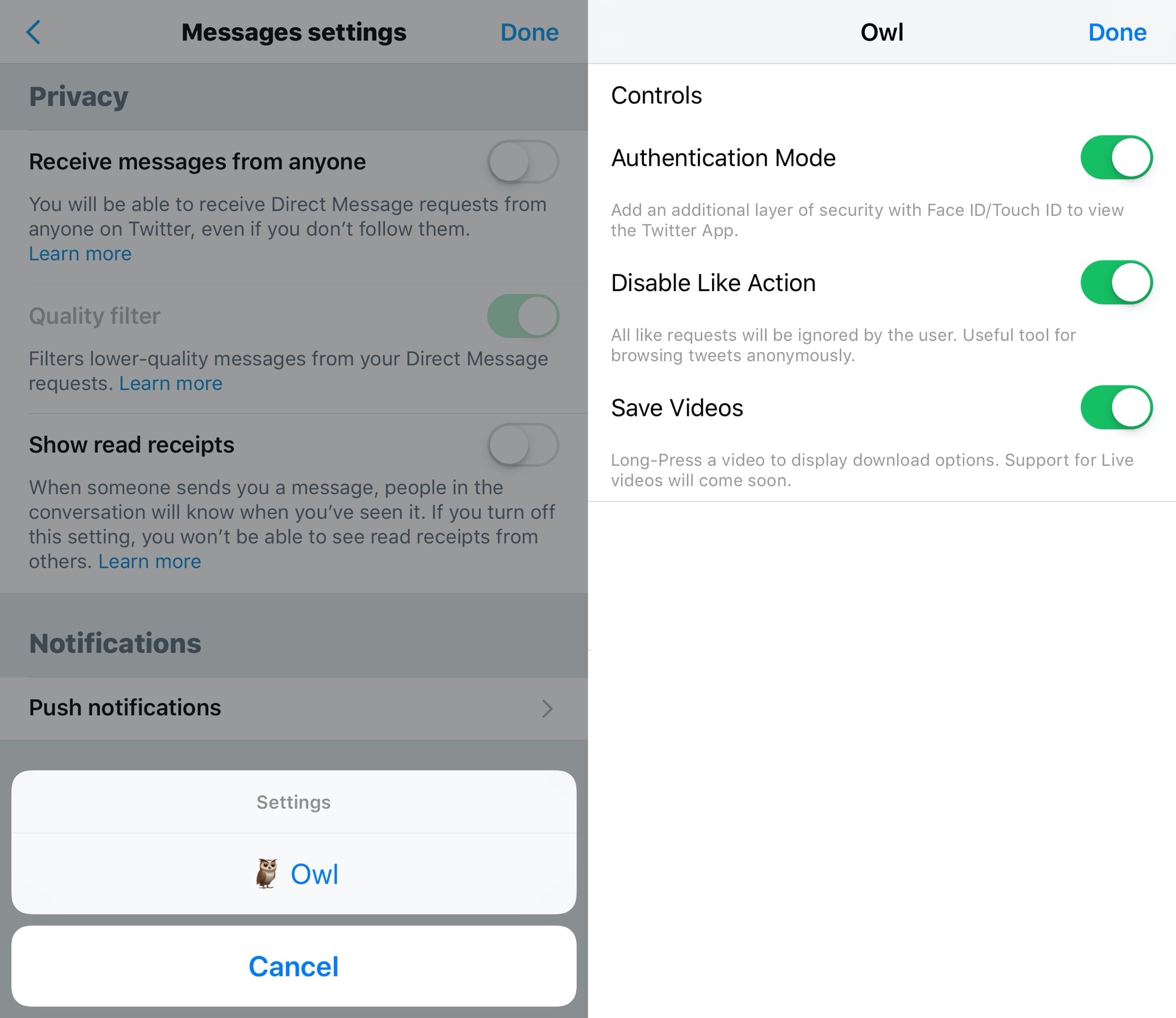 If you’re ready to update your handset’s Twitter app with convenience and security features without spending money on a third-party Twitter client for iOS, then Owl is available to download for free from the BigBoss repository via your favorite package manager. The tweak supports jailbroken iOS 12, 13, and 14 devices and requires the official Twitter app, as it isn’t intended for third-party Twitter solutions.

Do you plan to install Owl? Let us know your thoughts about the features it brings to the table in the comments section below.