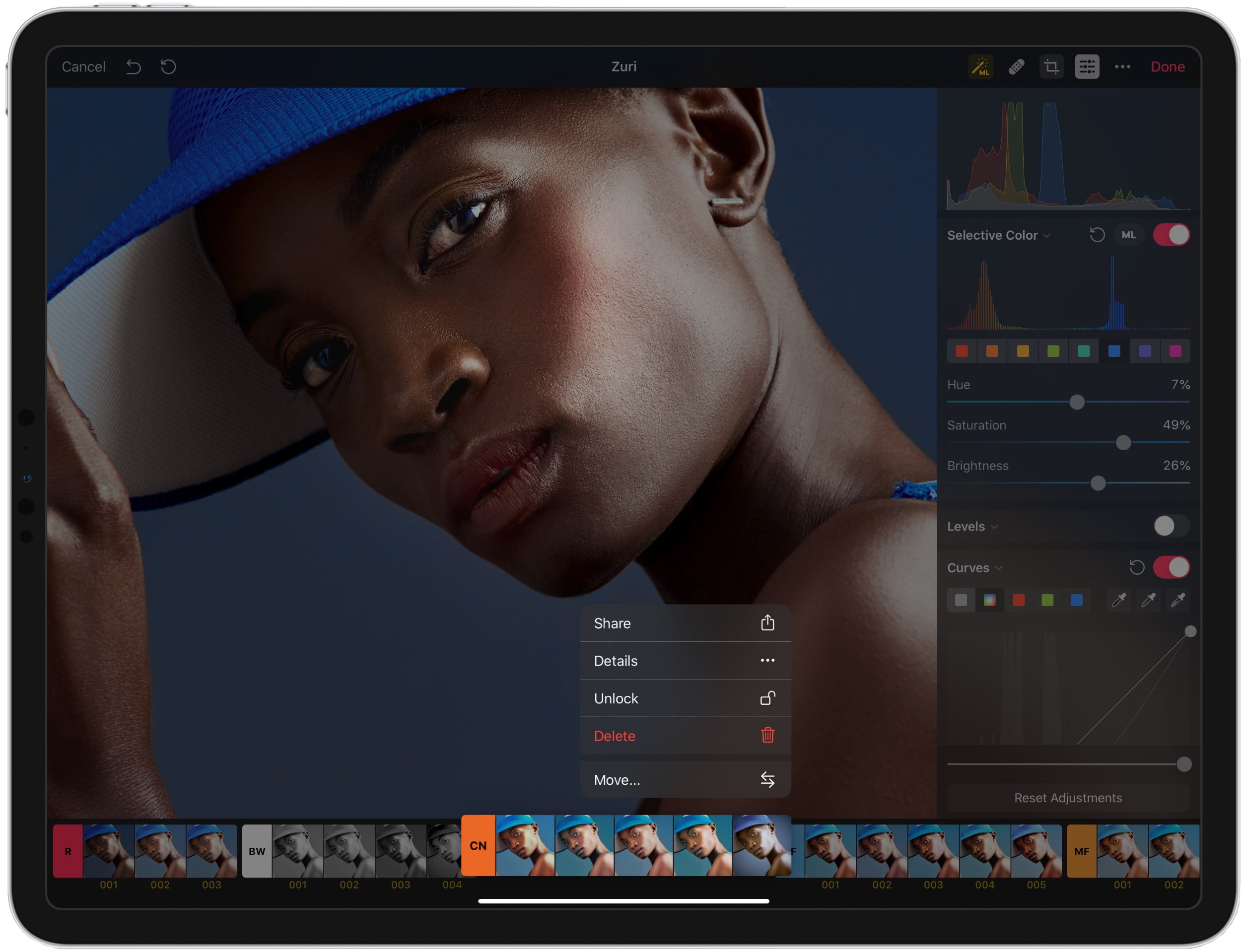 The app now responds to the long-tap gesture or right-click mouse/trackpad action by rendering the shortcuts menu with handy commands. You can also personalize the app by choosing a custom accent color for buttons and other interface elements.

Another cool perk is the ability to create and customize color adjustment preset collections. If you use Pixelmator Photo to perform the same operations on a set of photos, you’ll love batch editing improvements bringing quick actions, improved workflow editing and more.

For further details about this update, visit the Pixelmator Photo website.

Here’s everything new, improved and fixed in Pixelmator Photo 1.3 for iPad:

The update is provided at no charge to all existing users of the app.

The iPad-only Pixelmator Photo app is $5 in the App Store.