One of the things I like about iOS is how it displays any active timer on the Lock Screen, just below the time. But as much as I like having this subtle reminder when I pick up my iPhone, the implementation is somewhat imperfect. For example, it often gets in the way of viewing the Lock Screen’s native date display, which is something I find equally as useful when glancing at that particular interface.

If you’re in the same boat, then WhatsTheDate by iOS developer iCraze is a newly released and free jailbreak tweak that you won’t want to miss. It effectively solves the aforementioned problem by forcing the Lock Screen’s timer display to disappear after a few seconds, instead transitioning to the current date thereafter.

Curious as to how this looks in action? Just have a look at the animated GIF example below:

On any stock device, the timer display would appear on the Lock Screen and wouldn’t disappear until the timer completed. Obviously, this has implications for viewing the date on your Lock Screen.

The timing presented by WhatsTheDate is flawless; it offers just the right amount of time to view just how much of your timer remains, and to then view the current date before the locked handset falls asleep again.

Once installed WhatsTheDate adds a preference pane to the Settings app where you can toggle the tweak on or off on demand: 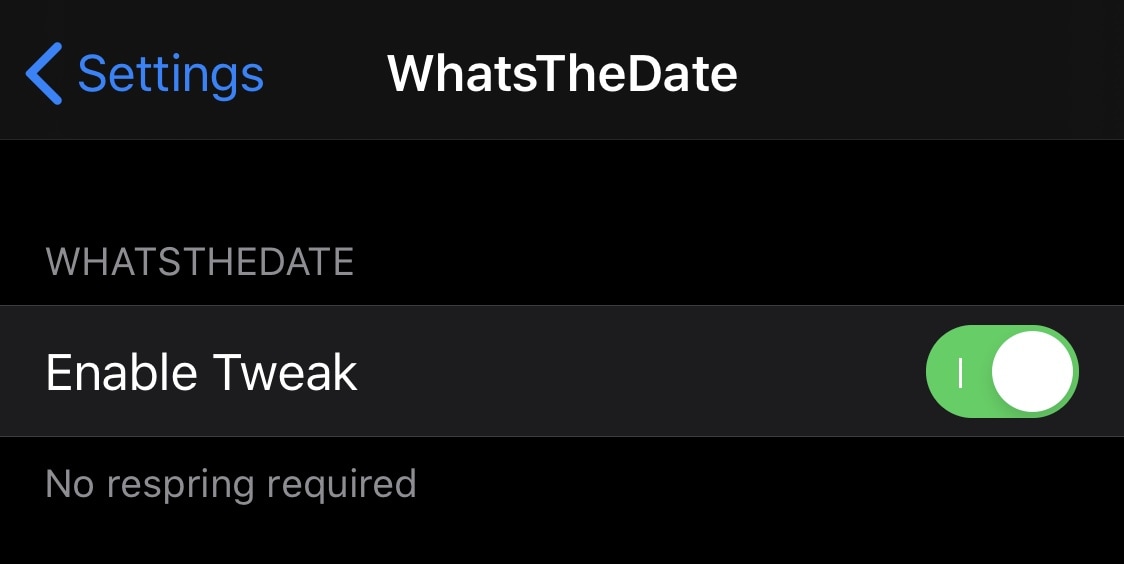 As WhatsTheDate is a simple tweak by nature, there aren’t any advanced options to configure. One thing we would like to see, however, is the ability to view both the current timer and the date at the same time.

Those interested in trying WhatsTheDate can download it for free from the Packix repository via their favorite package manager. The tweak supports jailbroken iOS 13 devices and is open source on the developer’s GitHub page.

Do you plan to install WhatsTheDate? Let us know why or why not in the comments section below.