One of the things you might do a lot when you have a jailbroken device is respring. In a sense, a respring could be described as a soft reboot for appending changes to the operating system by way of jailbreak tweaks. Resprings can also be useful for other things, but regardless of why you’re doing it, it can sometimes feel cumbersome hen you’re trying to find a fast and easy way to respring your device.

We’ve covered a plethora of different jailbreak tweaks in the past that allowed you respring your handset on demand, but one of the latest tweaks to join that growing list of releases is an updated tweak dubbed Dragspring by iOS developer ConorTheDev. 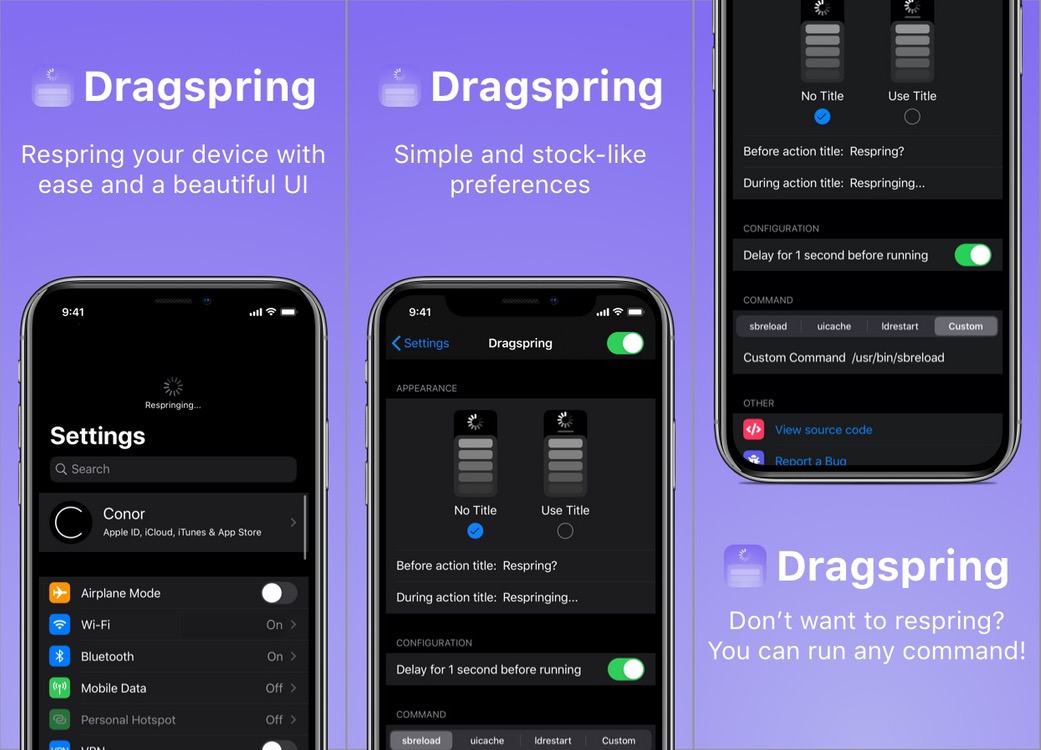 As depicted in the screenshot examples above, Dragspring essentially makes it to where you can respring your iPhone or iPad by dragging down from the top of the Settings app. The user is presented with a straightforward drag and release interface like the one shown, after which, releasing will automatically respring the handset. The user can back out from respringing by dragging back up before releasing their finger.

Dragspring adds a dedicated preference pane to the Settings app where users can configure a few creature comfort options to their liking: 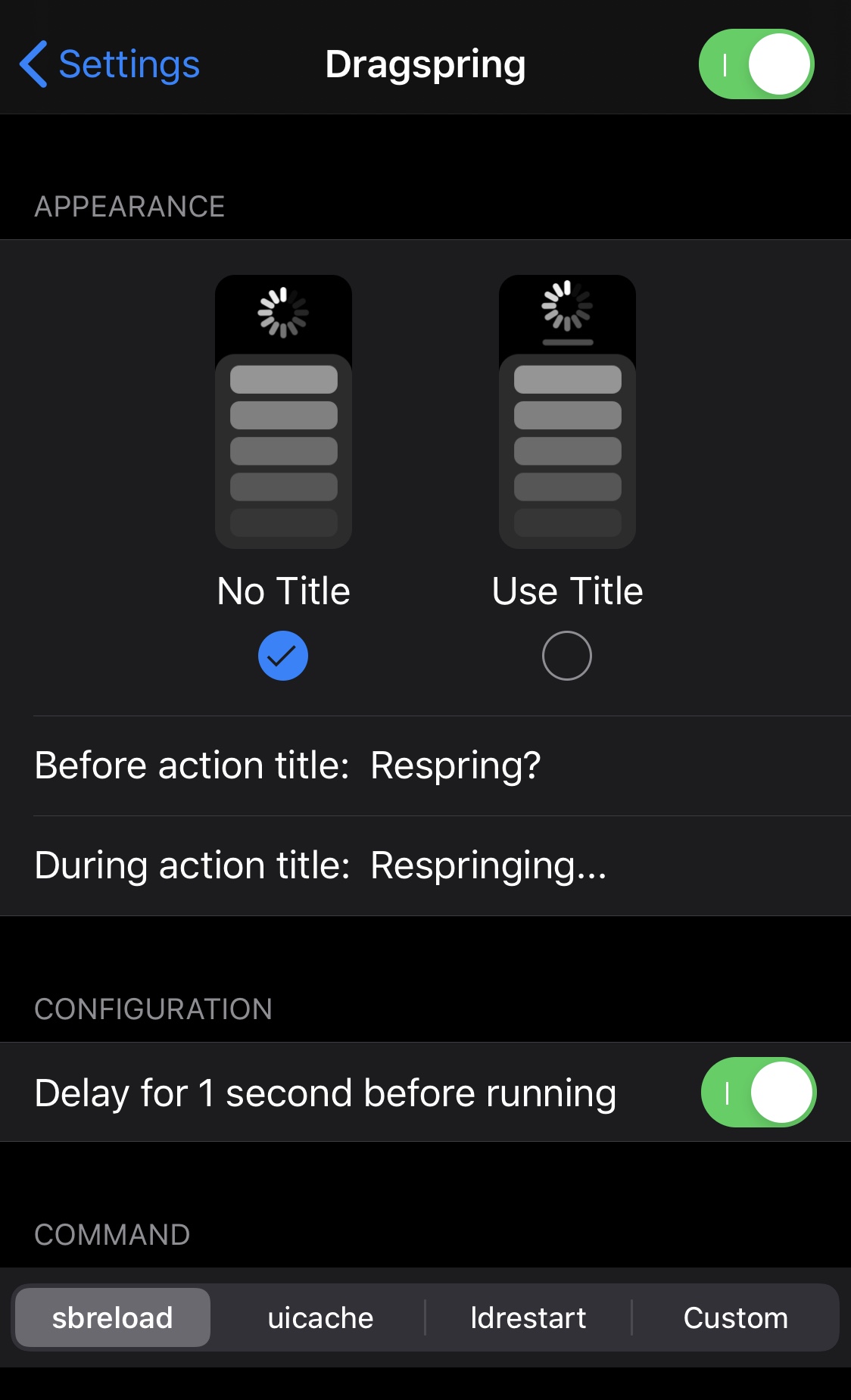 If I had to choose between Dragspring and a competing tweak like DockSpring, I’d probably choose the latter because the Home Screen’s Dock is almost always visible from the first time I interact with on my handset and it’s one less step than launching the Settings app for the same reason. Still, Dragspring provides a few more options for the user in terms of configuration and is also aesthetically pleasing. It’s really hard to go wrong with either choice.

Those interested in giving Dragspring a try can download the tweak for free from the Dynastic Repo repository via their favorite package manager. The tweak supports jailbroken iOS 13 devices.

Do you plan to install Dragspring, or do you have another preferred way of respringing your handset on demand? Let us know your position in the comments section below.