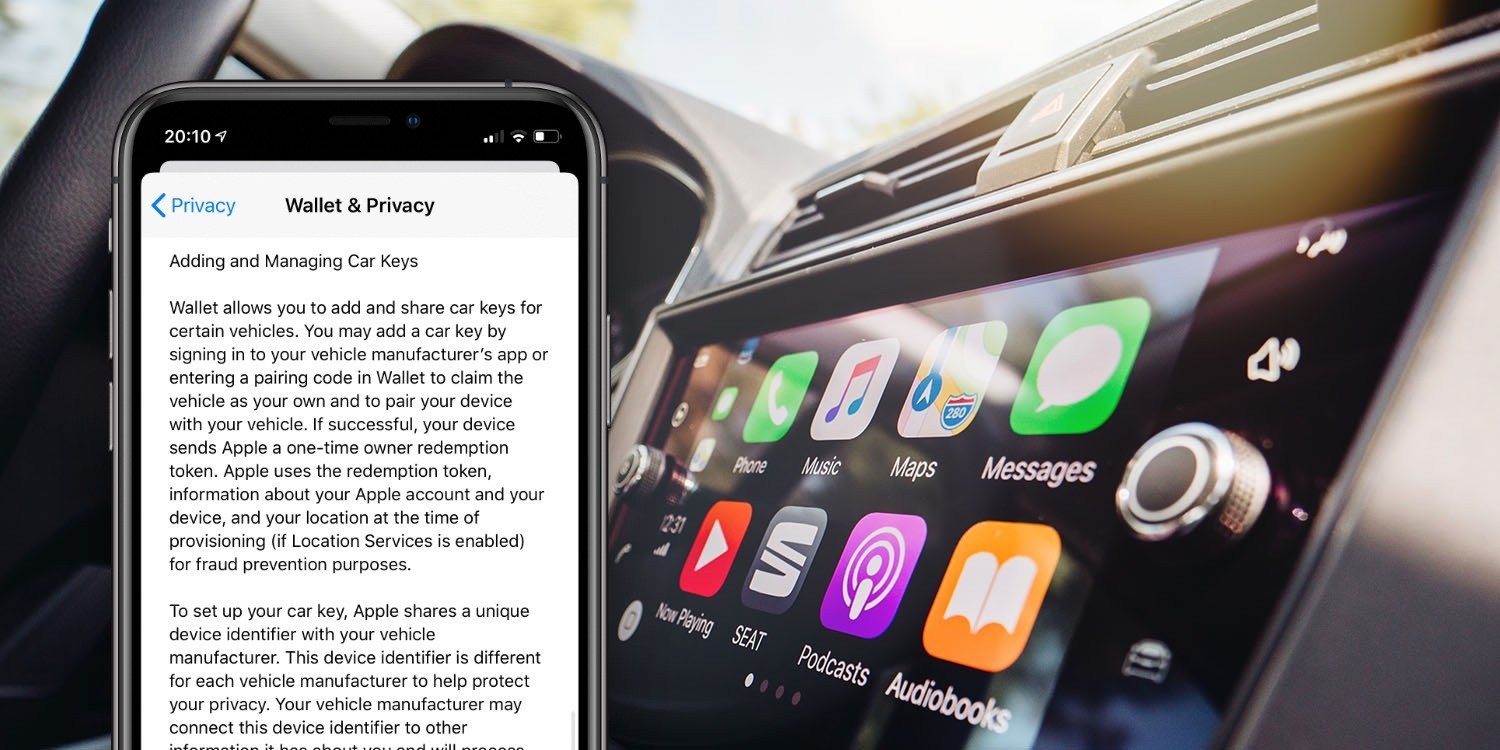 We have been hearing about an upcoming feature called “CarKey” since early February of this year, and we’re likely going to get the official story for the new feature at next week’s all-online Worldwide Developers Conference.

Until then, though, it looks like the current iOS 13.6 beta has something to tell us. 9to5Mac has the report today, detailing how the privacy screens have been updated to reflect the upcoming CarKey feature — which has apparently changed marketing to “Car Key”, which we’ll run with from this point on. What’s interesting is the change with iOS 13.6’s beta, which may suggest that the company is actually planning to launch this new feature alongside the public release of iOS 13.6, and not waiting for iOS 14‘s debut later this year.

It would certainly be interesting to have privacy wording for a feature that doesn’t quite exist for the public.

As detailed by Apple, the Wallet app will soon let you add virtual car keys compatible with ‘certain vehicles’.

A user will add a car key by signing into an App Store app from a supporting manufacturer, and following the steps to add a pass for the key. There will also be a way to directly add a car key using a pairing code screen inside of the Wallet app.

Going through that process, the car key’s authentication token will pair with the iPhone. To detect fraud, Apple will utilize your location and account-relevant information. And, as we’ve reported in the past, users will be able to quickly share car keys with family and friends when needed. There will be a handy invite button to handle that.

Apple’s safety precautions will be in place, and the company says it will not be retaining any personal information while using the Car Key feature — including when you lock or unlock the vehicle. However, as noted in the report, the car company that manufactured your vehicle might collect that information, so be aware of that.

Apple is currently beta testing iOS 13.6, and it will likely launch to the public in the near future. It would stand to reason that Apple would want to announce this feature on stage during the special event keynote next week, but at the same time it does seem like Apple is gearing up to launch the feature sooner than expected.

Based on what we’ve heard in the past, the Car Key feature will utilize the Ultra Wideband (UWB) chip available in the latest iPhone models, while also taking advantage of a more simpler NFC contactless unlock feature for older models. We’ll have to wait and see which car manufacturers take advantage of this feature. However, we have heard that BMW could be one of the first.