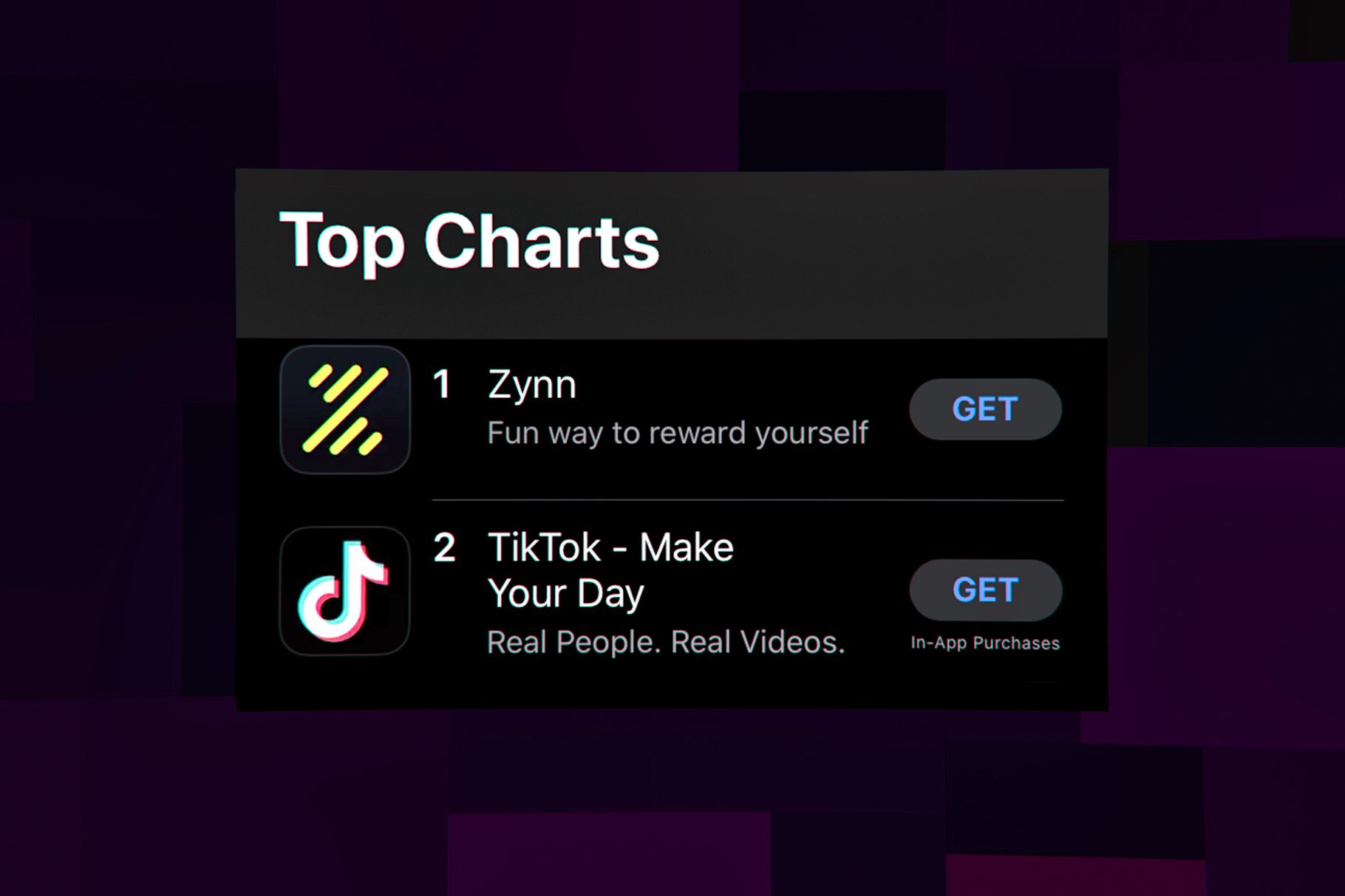 Sometimes a clone of a popular app can manage to find some popularity in itself, and that’s the case with a new TikTok clone called Zynn, which has shot up to the top of the App Store recently.

There are a couple of different reports on the rise of Zynn, but the app is being tossed into the spotlight this week because it has garnered quite a bit of attention on the App Store, shooting up to the top of the ranks to surpass even Zoom, TikTok, and others. The reason for the sudden surge in popularity? That starts in part because the app actually pays users to watch videos.

Mashable was the first to notice that Zynn’s popularity has intensified as of late. Right now, at the time of publication, the TikTok clone is number one in the free apps category in the App Store, and it’s in the top 10 in Google’s Play Store.

Zynn is not shy about being a clone of the mega-popular TikTok, down to the interface which is identical. The app’s purpose is to watch short videos, just like TikTok (and, admittedly, plenty of other apps that have copied this formula), but there is a key difference: paying users to watch that content. Zynn offers a small amount of money in exchange for minutes viewing content, with a dollar sign icon filling up as you watch content. When it gets completely full the user is offered a payout.

The other reason the app has grown in popularity is due to the fact it’s a pyramid scheme, too. Zynn is currently offering up to $110 for users who can refer five friends to sign up for the app as well. Of course, the kicker is that the user will only get that particular amount if those five friends continue to use the app on a regular basis after initially signing up. 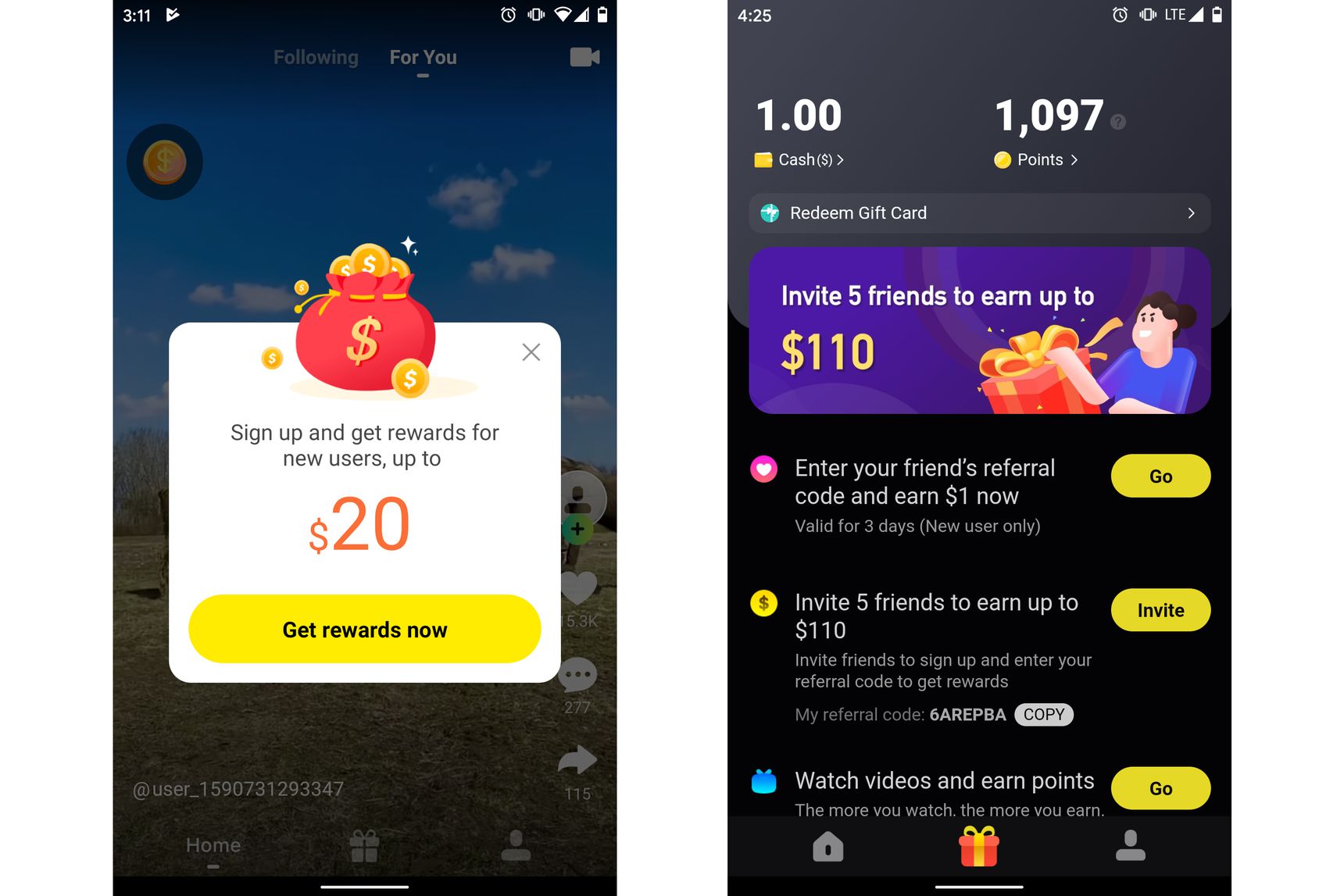 Here’s the backstory, which The Information has been reporting since December of last year. Yesterday, for instance, a report revealed that Zynn is an app developed by Kuaishou, which is the second most popular video app in China, trailing behind only Douyin — the Chinese version of TikTok. Kuaishou itself is a startup, and it’s a well-funded one, too. It recently received a $2 billion investment from the Chinese company Tencent, the company behind WeChat. According to that report from December, this investment from Tencent was aimed to stop the dominance of ByteDance, the company behind TikTok (and Douyin).

Kuaishou expanding into the United States through its Zynn app follows the same strategy it used in China, according to The Information, which helped it gain a foothold against ByteDance and Douyin. Kuaishou obviously hopes that leaning into the pyramid scheme, and paying customers to watch video, will help Zynn stay at the top of the charts and continue to rake in customers.

It’s worth noting that, at the time of publication, Zynn doesn’t appear to be hosting any advertisements, which the service relies on to bring in money in China. So it’s possible that ads do crop up at some point in the future.

Signing up for Zynn may be questionable for some potential users, because it’s not just about setting up an account with the service. Users will need to offer up either their phone number, or either their Facebook, Twitter, or Google accounts to link to it. There is currently no option to Sign In with Apple. Here’s how that looks, per The Verge:

Like TikTok, the app launches you straight into watching a video the first time you open it. If you want to earn rewards, though, you have to sign up. And to sign up, you have to hand over some personal info to Zynn. There’s no option to create an account directly with Zynn — it has to be tied to some other service: Google, Facebook, Twitter, or your phone number. I tried to link my Google account, but Zynn wouldn’t let me proceed when I declined to share my contact information. I ended up signing up with a burner Google Voice number. This didn’t result in the app asking for access to my contacts, but Zynn now knows my (fake) phone number. The app also requested location access during the sign-up process, but it still allows you to proceed if you decline. To cash out your rewards, you have to link a PayPal account as well.

Zynn doesn’t sound like an outright scam, but the pyramid scheme in place, along with the options for signing up for the service, may raise some eyebrows for some. Still, it hasn’t stopped the app from climbing the ranks.

So if you get an invite to Zynn, at least now you know what’s going on.