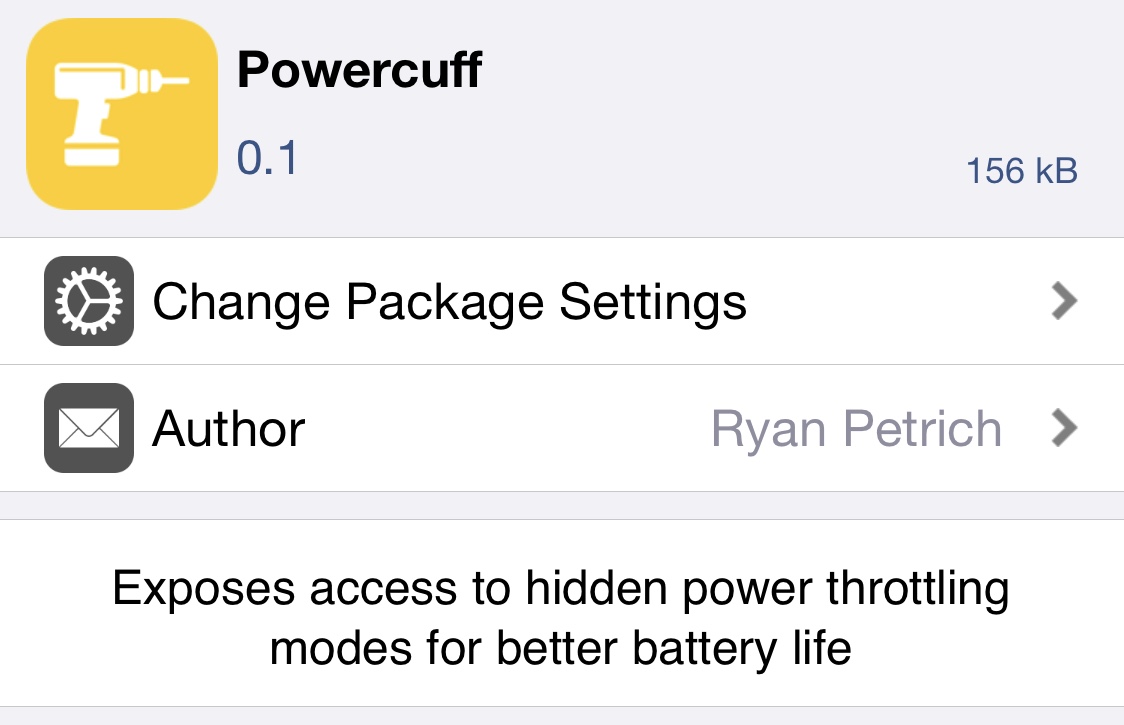 Most people are supremely familiar with the iPhone’s native Low Power Mode setting, which can be toggled from Control Center or Settings to reduce the handset’s power draw and extend its battery life in specific situations. But what if you could do more to extend your battery life further?

Famed iOS developer Ryan Petrich was doing a bit of digging into iOS 13 when he happened upon some peculiar settings buried deep within the mobile operating system’s resources. According to Petrich, these settings can benefit the end user by reducing power draw on the handset’s battery, and so he released a new and free jailbreak tweak called Powercuff to bring these options into the light for anyone with a pwned handset: 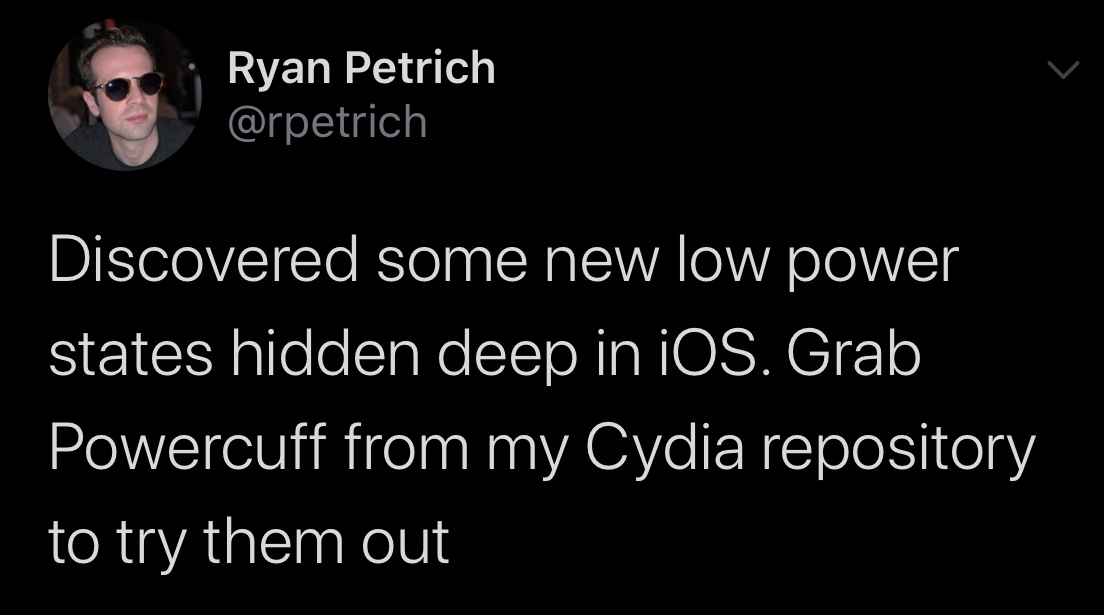 Once installed, Powercuff adds a dedicated preference pane to the Settings app where you can configure these low power options to your liking:

Here, it seems apparent that the tweak works by throttling your handset’s performance, and users have the option of setting that throttle amount to “None,” “Nominal,” “Light,” “Moderate,” or “Heavy.” Furthermore, users can choose to have this feature enabled all the time, or only when the system’s Low Power Mode is toggled on.

It’s worth mentioning that a jailbreak tweak released in March called CPUTool by iOS developer Soh Satoh also allowed users to voluntarily throttle handset performance in exchange for the benefit of extended battery life, but it remains to be seen if Satoh tapped into the same resources that Petrich discovered before releasing Powercuff.

Furthermore, Powercuff differs from tweaks like BatteryRamp in the way that it preserves your battery. Instead of limiting device functionality for a period of time, it merely slows it down until you’re ready to operate at full speed again.

Obviously, throttling your handset will result in degraded performance, which means increasing the throttling level could cause choppier animations and slower processing speeds. Then again, if you’re only doing menial things like browsing the web or a social networking site, then this probably isn’t going to spoil your day as much as it would if you were editing video or recording 4K footage on a throttled device.

Those interested in trying Powercuff out for themselves can download the tweak for free from Ryan Petrich’s beta repository via their preferred package manager. The tweak supports jailbroken iOS 13 devices.

If you aren’t already using Ryan Petrich’s beta repository, then you can add it to your package manager by entering the following URL:

Do you plan to give Powercuff a try, or is throttling your handset for battery gains simple not an option for you? Let us know in the comments section below.