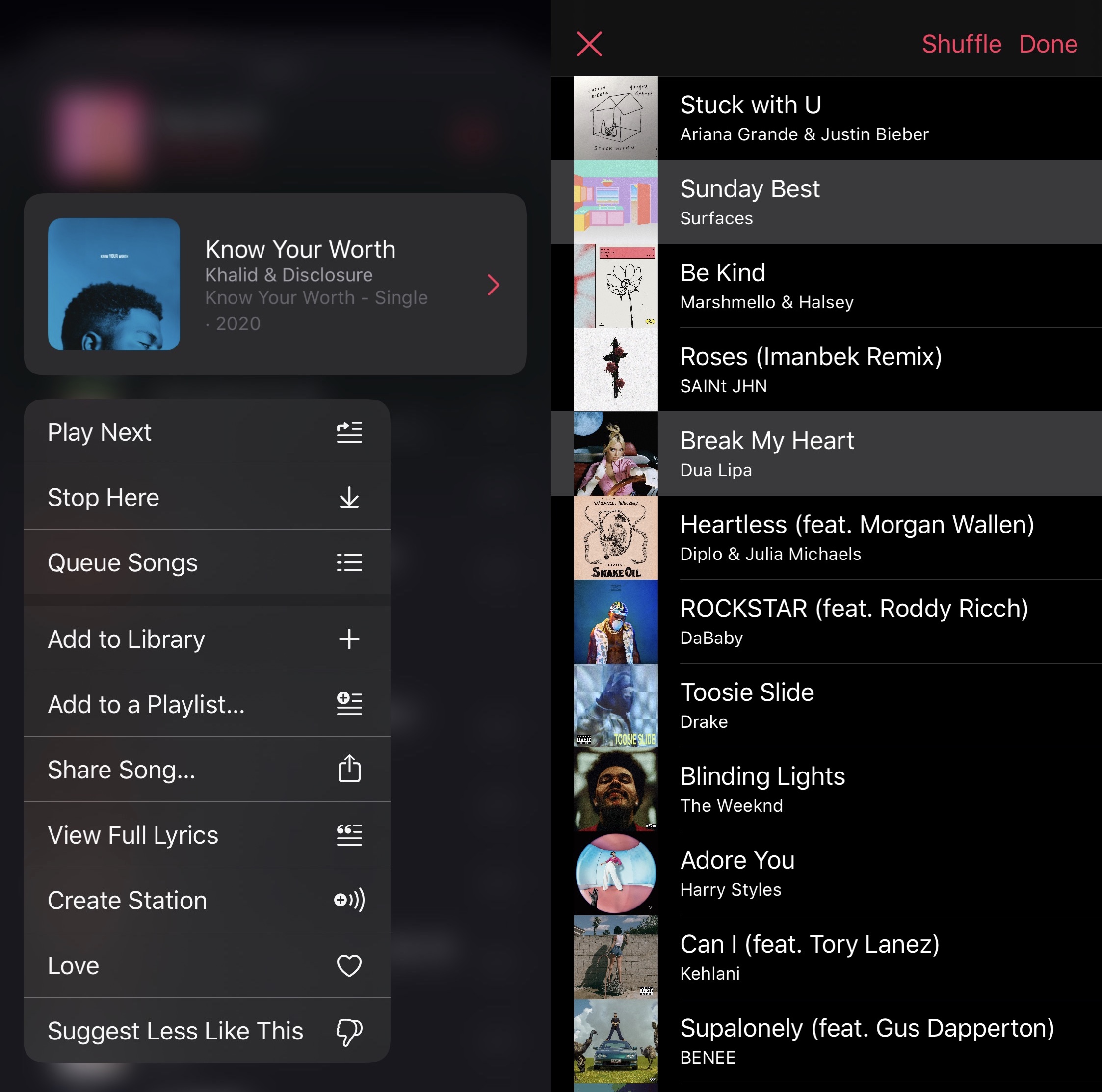 If you use Apple Music as your primary means of media consumption, then you might find yourself somewhat limited by the options presented when you perform a Haptic Touch gesture on songs in a particular playlist, especially in the song-queuing department.

BetterQueuing is a newly released and free jailbreak tweak by iOS developer Arandomdev1 that brings improved song-queuing capabilities to this particular interface, and as shown in the screenshot examples above, it provides users with a myriad of new ways to interact with their queued playlists with little effort overall.

Perhaps the most notable of the new music-queuing options are the following:

Music-queuing is a handy feature that Apple, for whatever reason, has a long history of ignoring even as it provides large software updates for its platform year after year. It’s certainly not impossible to do, but the company makes it a serious hassle, and the BetterQueuing tweak makes the process so much easier with its new options and features.

Those interested in augmenting their iPhone’s Music app experience can download the BetterQueuing tweak for free from Arandomdev1’s beta repository via their preferred package manager. The tweak supports jailbroken iOS 13 devices and works only with Apple’s native Music app. BetterQueuing is also open source on the developer’s GitHub page.

Do you plan to improve your music listening experience on your pwned handset with BetterQueuing? Discuss why or why not in the comments section below.