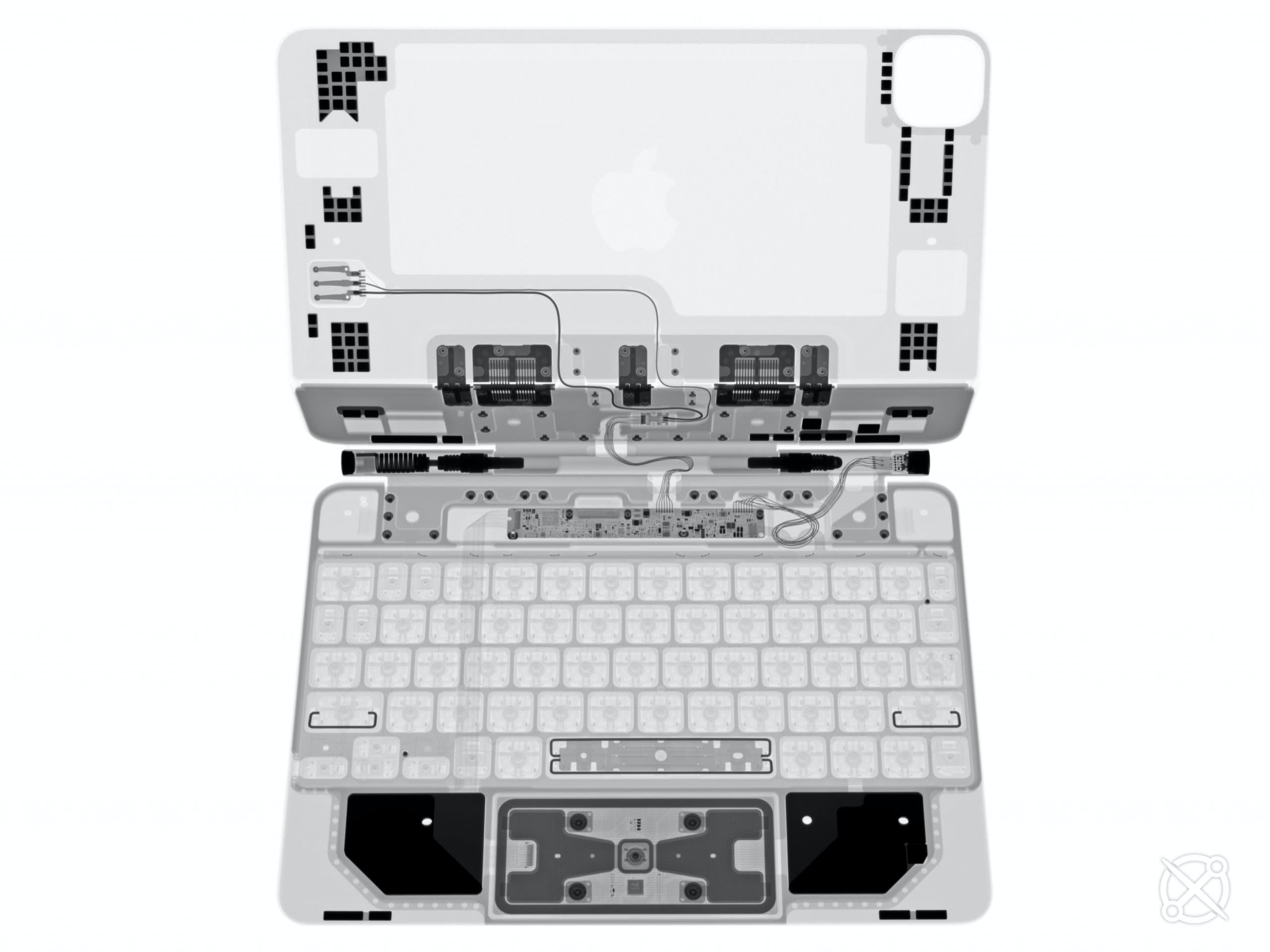 Last week the folks over at iFixit got their hands on the new Magic Keyboard for iPad Pro and investigated its insides with x-rays. Now they are back at it again with an internal look at the trackpad.

iFixit has the teardown in full right now and it’s absolutely worth checking out, especially if you like to check out what’s under the hood of your favorite devices and accessories. The folks note that the new Magic Keyboard’s trackpad is different than the trackpad on a Mac notebook, which obviously doesn’t have a button and uses haptic feedback to simulate a “click” when you press down. 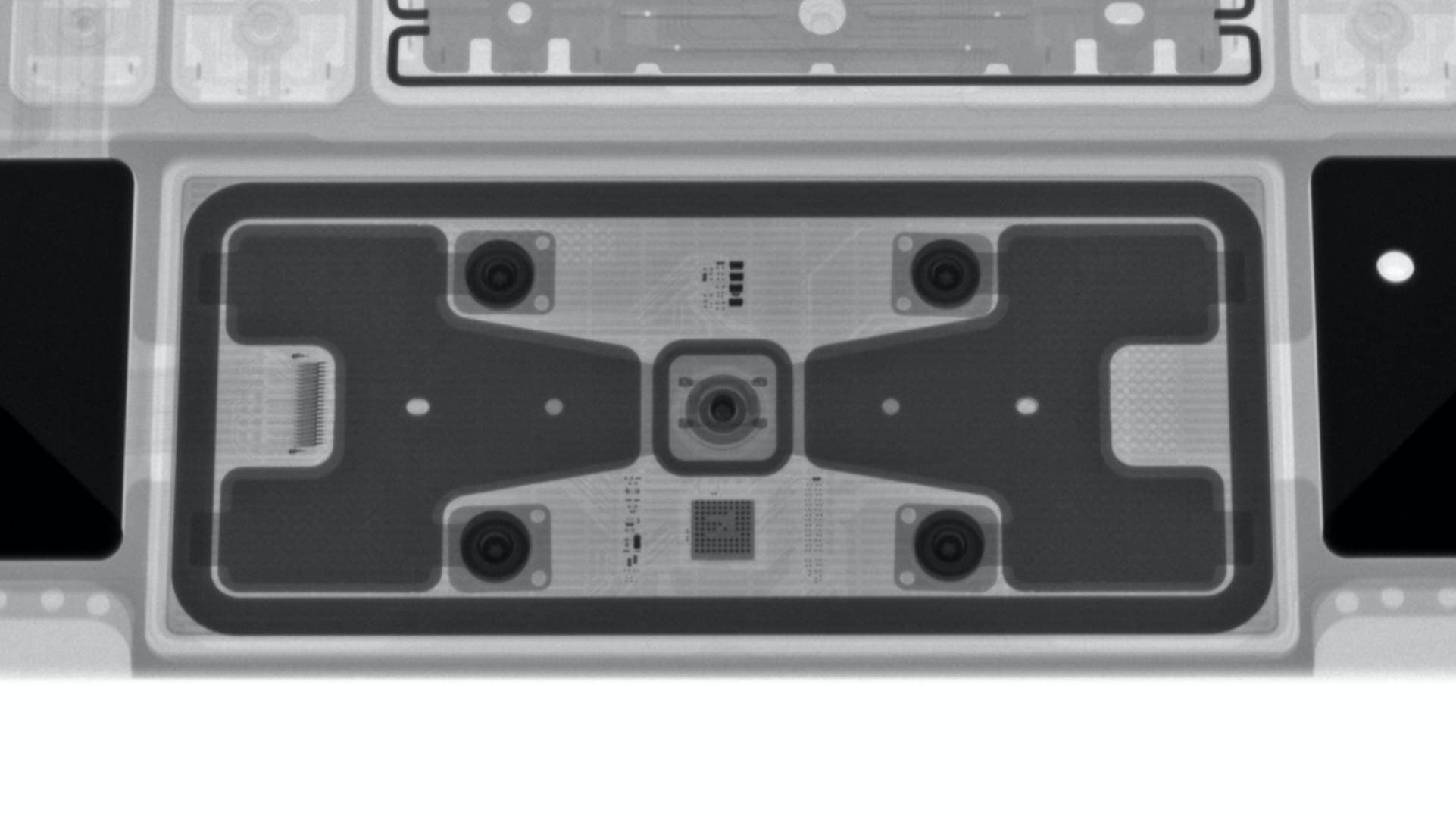 What’s more, the group managed to actually teardown the Magic Keyboard’s trackpad, allowing a closer look without the use of x-rays. They noted that in the x-rays it looked like multiple buttons were under the hood, allowing for a uniform “click” wherever a user actually pressed down on the trackpad. However, after (carefully) tearing it apart, they discovered that it’s actually multiple buttons:

What looks like multiple buttons in the X-ray is actually just one button and a simple, elegant lever system. The single button is at the center of the trackpad, where the mechanism is rigid. When you apply pressure near the center, whether top, middle, or bottom-center, you are directly pressing the button. Press near the top, bottom, or one of the corners, however, and the lever system comes into play, forcing the contact plate in the center upward to make a click happen. You can see it happen in this animation below. Note how the lever mechanism covers not only the diagonal corner areas, but the perimeter of the trackpad, too.

The rest of the Magic Keyboard requires x-rays to view inside because, according to the group, the trackpad is the only part of the new, expensive accessory that can be disassembled without destroying the keyboard itself. 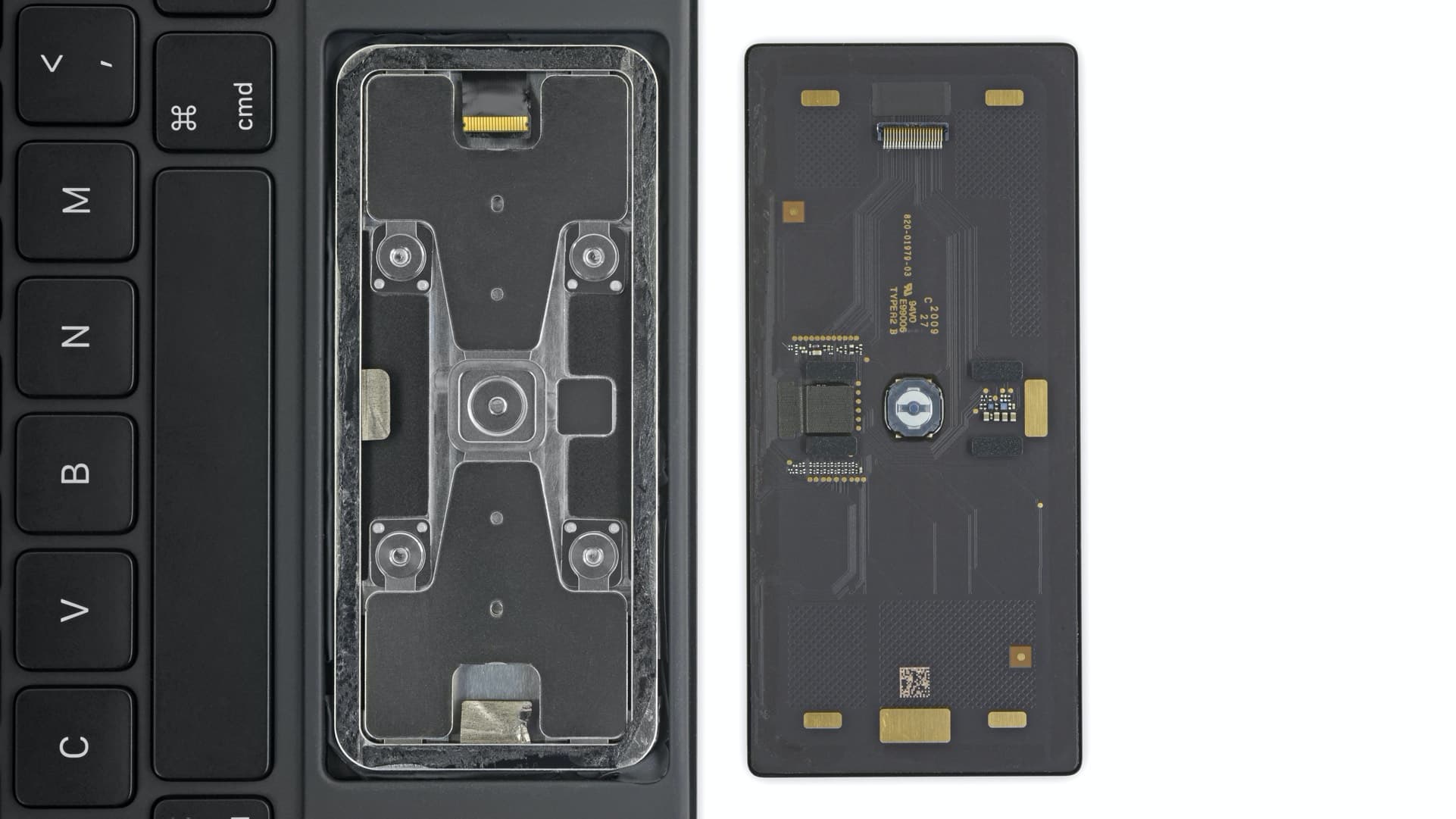 You should absolutely go check out the teardown in its current state.

Did you buy the new Magic Keyboard for the iPad Pro? If so, what do you like about the new design and keyboard? Let us know in the comments below!